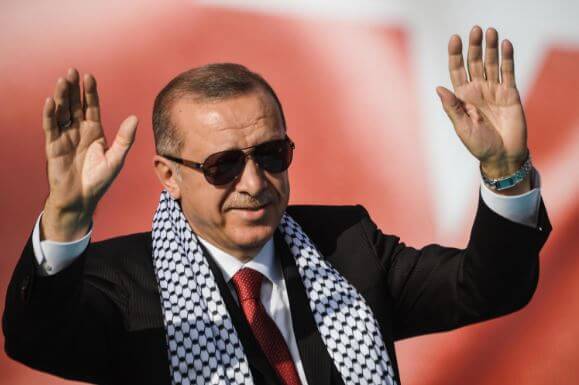 Now that Saudi Arabia has acknowledged its responsibility for the Khashoggi murder, it is time to clarify Turkey’s role and responsibility in the affair, from the perspective of the battle between Turkey’s Recep Tayyip Erdoğan and Saudi Arabia’s Muhammad bin Salman for the leadership of the Sunni world.

Turkey’s initial leaks to the Qatari government channel Al-Jazeera, which Qatar’s ruler had placed at the Turkish government’s disposal, and which has, since the murder, been discussing it 24/7 striving to implicate MBS himself, noted that Khashoggi had asked Ms. Hatice Cengiz to call Erdoğan’s adviser Yasin Aktay if he did not return from the Saudi consulate. A few days later, the Turks apparently realized that the direct connection to Erdoğan’s aide created an undesirable link to Erdoğan himself, and Mr. Aktay himself stopped appearing on the channel, and Ms. Cengiz too stopped referring to him.

Turkish Intelligence Knew What Happened in the Consulate Prior and During Murder, and Did Not Prevent It

The detailed Turkish leaks about what happened in the consulate show that Turkish intelligence had invaded the consulate and installed secret recording devices as well as secret cameras in several rooms in the consulate rooms, and in the consul’s home. Turkish intelligence, and therefore President Erdoğan, knew about the tension between Khashoggi and bin Salman, whom Khashoggi had personally attacked in his articles. The Turkish leaks to Al-Jazeera reveal that they knew about the arrival of three senior Saudi intelligence officers in Istanbul a few days before the murder, and about the message they sent to Riyadh after their recon of the city. The Turks also knew that 15 Saudi “diplomats” had arrived in two private planes on the day of the murder.

According to the Turkish leaks, this sizable team talked freely while perpetrating the murder, and therefore it can be assumed that they were equally unguarded while preparing for it and were caught on camera during the preparation stage.

Therefore both Turkish intelligence and Erdoğan had time to intervene and could have warned Khashoggi and advised him to stay clear of the consulate, but instead chose to let him walk into the trap. They also could have warned the Saudi consul, without risking discovery of their surveillance sources, simply by saying, for example, that they were concerned about the sudden arrival in Istanbul of 18 Saudi intelligence and security personnel. But they didn’t even do that. They knew about all the preparations and could have prevented the murder, but preferred not to intervene.

Saudi intelligence was clearly overconfident. It never crossed their minds that the consulate was bugged and filmed from every possible direction. They apparently believed that once Khashoggi entered the consulate they could safely commit the crime on their “sovereign territory”—consulate, without anyone knowing, and even stage Khashoggi’s exit using a double, allowing them to insist that Khashoggi had left as the external Turkish cameras positioned outside the consulate would show.

Only when it became clear to them that everything had been observed and recorded inside, the Saudis were forced to admit to the murder. Even Muhammad bin Salman himself could not imagine this, and he had no advisors to warn him that in the struggle between himself and Erdogan for the leadership of the Sunni world, Erdogan would not hesitate to violate the Vienna Convention, and would invade Saudi territory—the consulate—and do in it as he saw fit.

Why Is Turkey Resorting to Leaks Instead of Opening a Criminal Investigation? And Why Is It Still Withholding From Competent International Bodies?

The use of secret recording devices and secret cameras in trials would be in this case highly problematic. Usually, the party giving evidence obtained through such means is fully exposed. The Turks therefore want to avoid presenting their secret material and the way it was gathered at all costs, because in such a trial Turkey may be transformed from accuser to accused in many different aspects.

Now the Turks are trying desperately to obtain other evidence not based on their surveillance, and are demanding that the Saudis extradite the murderers to Turkey. The Saudis, obviously, will not comply so as not to allow the Turks to get out of officially acknowledging that they violated the Vienna Convention. Had the violation resulted in crime prevention it could have possibly been justified, but apparently Erdogan chose to sacrifice the pawn Khashoggi to capture the Saudi king.

The Ramifications of the Khashoggi Murder for tThe Turkish-Saudi Battle For Leadership of the Sunni World:

Despite all the above, the current round of the battle between Saudi Arabia, on the one hand, and Turkey and its partner Qatar in the war against Saudi Arabia, on the other, has now been won by Turkey/Qatar. Even the first stage, the formation of an “Arab NATO” taking place at this time, apparently with generous Saudi funding, cannot change the overall picture on the international level.

The Role Played by ‘The Washington Post’ in the Affair:

In the intra-Sunni Saudi Arabia-Turkey battle for supremacy in the Sunni world, the Washington Post impetuously took a partisan rather than journalistic role, despite the fact that neither side in the battle champions democracy and free speech. The paper enabled Khashoggi to promote the anti-Saudi Muslim Brotherhood agenda on its pages appropriating the vocabulary of democracy and freedom of speech, as if the Muslim Brotherhood espoused these values. Apparently, the Post’s experts spared the editor-in-chief relevant information about the Muslim Brotherhood and the fact that President Erdoğan too is responsible for the brutal repression of press and speech freedoms in Turkey, including the disappearance of journalists that exceeds any other Middle Eastern country.

In conclusion, it is vital that we return to the tragic aspects of the affair: A human being was savagely murdered, and his murderers must face justice.

The attempt by Erdoğan and the Qatari emir to incriminate Muhammad bin Salman personally in this deed will not stand up in court. Every man is responsible for his own actions; the murderers are responsible for theirs.

Muhammad bin Salman’s responsibility is political, like Russian President Vladimir Putin’s in the recent attempt to poison Sergei Skripal and his daughter, and like Xi Jin Ping’s and Erdoğan’s for the disappearance of journalists in China and Turkey respectively. On the political level, as Erdoğan knows from his own experience, the rules are different.

Yigal Carmon is president of MEMRI.