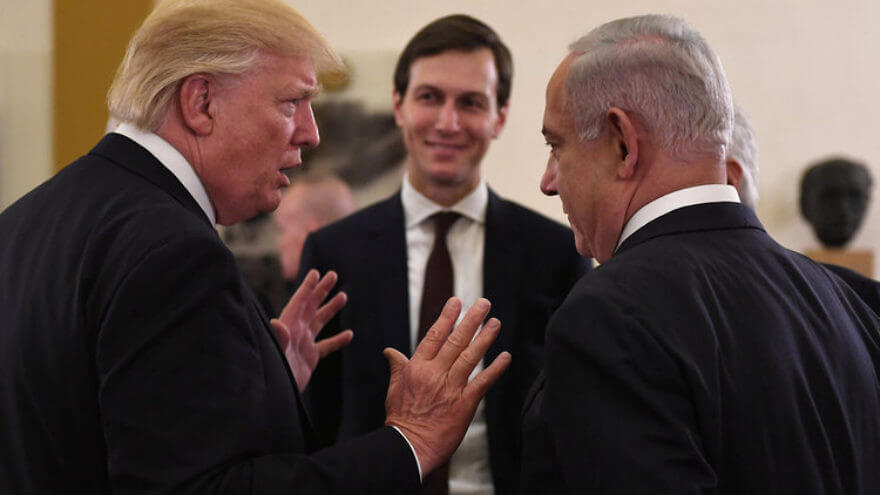 The chances for Middle East peace have improved by eliminating the “false realities” that surround the peacemaking process between the Israelis and Palestinians despite recent U.S. moves against the latter, according to U.S. President Donald Trump’s son-in-law and senior adviser Jared Kushner.

“There were too many false realities that were created—that people worship—that I think needed to be changed,” he said on Thursday in an interview with The New York Times. “All we’re doing is dealing with things as we see them and not being scared out of doing the right thing. I think, as a result, you have a much higher chance of actually achieving a real peace.”

Kushner’s remarks follow the administration’s closing on Monday of the Washington offices of the Palestine Liberation Organization and the cutting of funds for the Palestinian Authority last month, in addition to the United Nations Relief and Works Agency, or UNRWA, which deals with the Palestinian refugee issue.

“Nobody is entitled to America’s foreign aid,” Kushner said in the interview.

The P.A. blasted Kushner’s remarks with Palestinian leader Mahmoud Abbas’s spokesperson saying that Kushner reflects “ignorance of the reality of the conflict.”

“Peace will only come through a two-state solution, including [eastern] Jerusalem as the capital of the State of Palestine, in accordance with legitimate international resolutions and Arab League summit decisions,” Nabil Abu Rudeinah said in comments published on the official P.A. news outlet Wafa.

Like Loading...
Recommended for you:
Continue Reading
Advertisement
You may also like...
Related Topics:Ignorance of the reality of the conflict, Jared Kushner, Peace will only come through