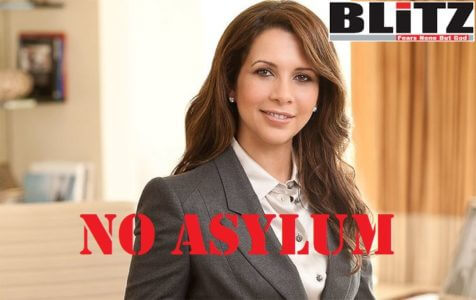 “First, based on Dublin Regulations, any asylum seeker must apply for asylum in the first safe country considering that this asylum seeker has embarked into an EU Country.

“When assessing this case of the daughter of King Hussein, we consider the fact that she fled from Dubai to Germany and then to London, the UK where she applied for asylum.

“It is highly suspicious to see that the daughter of the rotten king in hell did not claim asylum in Germany, moreover, that she did not return to Jordan in the first place where she holds a Jordanian Citizenship.

“Based on the previous facts, the Moderate Jordanian Opposition is hoping that the friends in Britain will deal with the daughter of King Hussein just like they do with Calais asylum shoppers who are returned to France.

“The Moderate Jordanian Opposition will continue to work towards the deportation of Princess Haya”.

When contacted a source in Amman said, there are rumors of separate rooms being furnished for Princess Haya and her children inside the royal palace. Haya’s full brother Prince Ali reportedly has been making calls to some his old contacts in the British media as well as some individuals who are in a key position in British politics as well as country’s intelligence community, requesting them of doing “anything and everything” for helping his sister is getting asylum in Britain.