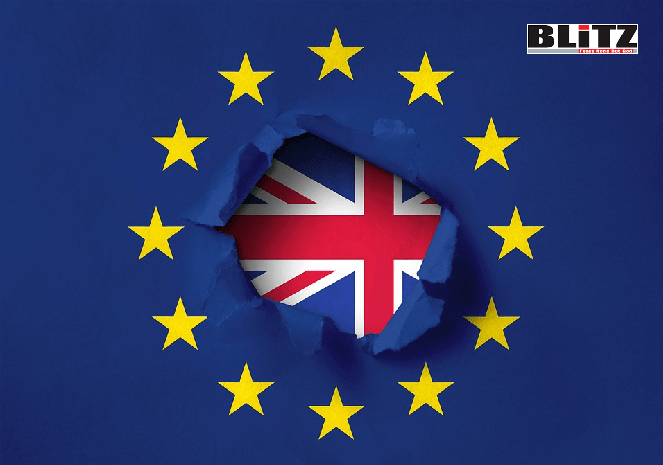 A post-Brexit scenario requires long-term strategic thinking by the British establishment. The parallels between the situation of Israel in the Middle East and the eventual position of Britain vis-à-vis a federal European state offer lessons and suggest opportunities. If Britain acts on these lessons, it is more likely to flourish despite the economic and political pressure European leaders may try to exert on it in Brexit’s wake.

The EU may well view a post-Brexit Britain as a threat. A flourishing and peaceful Britain could deprive the European project of its raison d’être and highlight the numerous shortcomings of European federalism. Britain’s success could also induce more European states to desert the EU.

For this reason, even though the Johnson government and the European Commission might negotiate a reasonable divorce agreement in the coming months, the relationship between the two parties could be fraught with tension and subject to sabotage attempts by European leaders.

To brace themselves for this possibility, British leaders would do well to learn four lessons that have helped the state of Israel to thrive despite decades of widespread hostility and regional isolation:

Britain needs to nurture its longstanding “special relationship” with the US, its primary ally. The British nation is largely well-regarded by Americans. It should leverage this affinity and present itself as the guardian of American interests in Europe, just as Israel helps safeguard strategic US interests in the Middle East. Britain does not rely on American military aid the way Israel does, but its special relationship with the US—backed by the economic and

commercial might of Uncle Sam—could prove essential to check anti-British chicanery by politicians on the continent.

Given China’s growing economic and diplomatic clout, London should—just as Israel does—seek closer ties with Beijing. In addition to seeking a bilateral free trade agreement, Britain should make greater use of its fine educational institutions to provide the brightest Chinese students with the opportunity to learn the English language and culture. The connections that would result could be crucial in securing sympathy and support among the Chinese elites for British exceptionalism in Europe.

Again following the example of Israel, British governments should develop selective strategic partnerships with neighboring countries. Over recent decades Israel has established high-level relationships with numerous neighboring states by appealing to fears of common enemies, including Iran, Hezbollah, and the Muslim Brotherhood. Britain should avoid negotiating primarily with the European Commission but instead seek direct communication channels with like-minded European national governments. In so doing, it will build relationships with nations and leaders similarly disenchanted with the European federalist project and thus more likely to oppose anti-British measures at the European level.

Just as Israel is the Middle East’s start-up nation, Britain needs to become Europe’s start-up nation. It needs to capitalize on a resource Israel has harnessed very successfully: a highly educated and creative workforce that excels in R&D and at creating advanced technologies. If continental European companies are dependent for their competitiveness on technology designed and developed in Britain, European politicians will be in a weaker position to extort it. Also, reducing Britain’s reliance on service sectors vulnerable to regulatory pressures like insurance and finance could provide it with a durable economic edge.

The final goal of European leaders with regard to Britain is of course not the complete annihilation Middle Eastern despots dream of for Israel, but European politicians may certainly be tempted to undermine British sovereignty and self-determination in Brexit’s wake so as to deter other EU members from following in London’s footsteps. The lessons Israel has learned in order to thrive against all odds can serve Britain’s leaders well as they attempt to chart a successful course for their country.

Rafael Castro is a Yale- and Hebrew University-educated political analyst based in Berlin. He can be reached at rafaelcastro78[at]gmail.com.