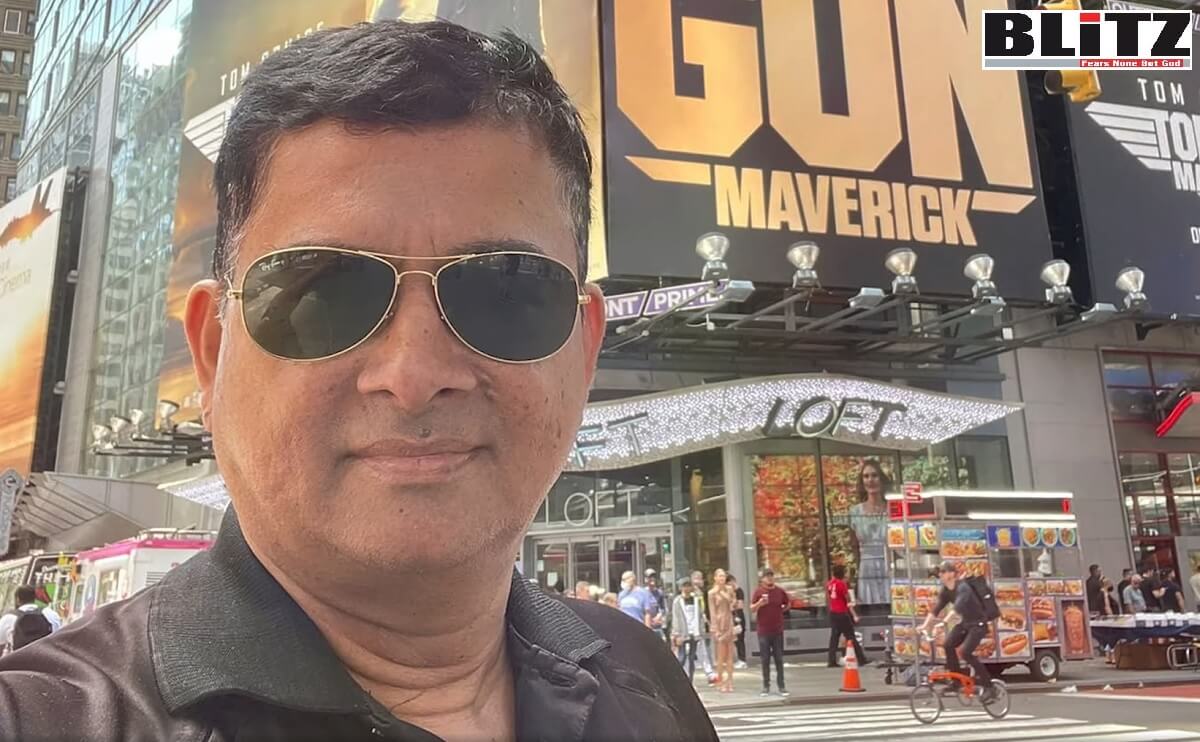 For several days, a team of investigative reporters of Blitz have investigated the case of a military officer named Lt Col Md Mustafizur Rahman (BA-4051) and found shocking information about his activities as well as corruption of his family members, including his father, which prompted us in branding him as a perfect scoundrel.

Based on information obtained by the investigative team of Blitz, we shall run several exclusive reports on Lt Col Md Mustafizur Rahman. This is the first installment.

Lt Col Md Mustafizur Rahman, born on September 15, 1969 in Bhorapara village under Kendua upazilla in Netrokona district is a shrewd. His father Ali Akbar Talukdar was known as a notoriously corrupt superintendent of prisons in Bangladesh. With ill-gotten money, Ali Akbar Talukdar built a 5-storied house at Dhaka’s Uttara residential area (House number 109/A, Road number 16, Sector number 14). Current market value of this property is above BDT 60 million. He also has another house at Dhaka’s Lalmatia area. As this matter of massive corruption came under radar of the Anti-Corruption Commission (ACC), Ali Akbar Talukder was summoned by the anti-graft agency for submitting details of his income and wealth. Fearing legal consequences and ending up in jail, instead of appearing before the investigating officers of ACC, Ali Akbar Talukdar secretly fled Bangladesh for the United States. Later he died in the US, and because of his death, ACC’s investigation into his corruption did come to pause.

Md Mustafizur Rahman got commissioned on June 21, 1991 in the Infantry Division by completing Bangladesh Military Academy (BMA)’s 24th Long Course. Although he was known as an officer with average intellect this highly ambitious officer succeeded in getting promoted twice. Onwards he became desperate for a third promotion and adopted “third method” for attaining this goal. As result of his frantic bids and persuasions, Lt Col Md Mustafizur Rahman succeeded in getting promoted from the rank of Major to Lieutenant Colonel. Instead of recovering his professional lacking Mustafizur Rahman then started his fourth bid of another promotion but failed. In 2018 he was sent on retirement which had prompted him in leaving Bangladesh for the United States.

With the agenda of establishing himself as a member of civil society, Lt Col Md Mustafizur Rahman has been portraying himself as a “deprived officer” and been spreading series of lies and cheap and false propaganda stories.

Lt Col Md Mustafizur Rahman actively participated in the arrest of former RAB-7 commander Lt Col Hasinur Rahman, later dismissed for militant activities, while serving as the commander of an internal intelligence agency of the Bangladesh Army. He went from Dhaka to Mymensingh Cantonment where Lt Col Hasin was working and blindfolded and arrested him and later kept Hasinur in a unit under his command. Years later, fearing his exposure of his previous activities now Lt Col Md Mustafizur Rahman has connived with a dubious website named ‘Netra News’ by presenting fictious information and made a cheap-drama named ‘Aynaghor’ with the participation of Lt Col Hasinur Rahman. It was evidently clear that the real agenda of exonerating himself from the abduction of Lt Col Hasinur Rahman, a perfect scoundrel Lt Col Md Mustafizur Rahman has joined hands with the nefarious propaganda cartel of Tasneem Khalil and David Bergman and resorted to notorious propaganda. It may be mentioned here that, Hasinur Rahman was sacked from Bangladesh Armed Forces for his connections with militancy groups, while it was also reported in the media that he is an agent of Pakistani spy agency Inter-Service Intelligence (ISI).

There are allegations of immoral lifestyle of Lt Col Mustafizur Rahman. According to information, he used to indulge in numerous types of anti-social activities including illicit relations with sex workers. Due to his decay in character, Lt Col Md Mustafir Rahman also went through crisis with his wife. In 2015, during his stay in foreign mission, Lt Col Md Mustafir Rahman and a junior officer of the rank of Major got engaged in illicit relations while he also had established illicit relations with a female police officer. When the female Major came to know about Mustafiz’s relations with the police officer, there had been quarrel between Mustafiz and the Major, which had later turned into physical fight.

Through Facebook post, Lt Col Mustafizur Rahman tried to present the eviction of BNP chairperson Khaleda Zia from her Cantonment residence in such a way as if that was a wrong action. But in reality, Mustafizur Rahman had actively participated in that eviction drive. Not only that, he recorded the entire eviction activity with his personal camera and later passed it to an intelligence agency after editing several portions of the video.

In fact, Lt Col Mustafiz was directly involved in the abduction of dismissed military officer Hasinur Rahman and the eviction of Khaleda Zia from the cantonment house. But, fearing that the information of his involvement would be revealed, he has narrated both the incidents to dubious Netra News in a way as if he was never involved in any of these incidents.

It may be mentioned here that Lt Col Mustafizur Rahman had enthusiastically participated in the eviction drive of Khaleda Zia and abduction of Hasinur Rahman in the hope of using his involvement as credentials for promotion. But, due to his involvement in extra-marital affairs and addiction to sex and romance scandals, he did not get the desired promotion.

Lt Col Mustafizur Rahman got actively involved in anti-government activities and propaganda since 2019. He is known within his friend circle as opportunist and a perfect scoundrel. Conscious people should refrain from paying any heed to the propaganda activities of Lt Col Mustafizur Rahman while his nasty feng should be exposed by every patriotic individual in Bangladesh.

According to our information, Lt Col Mustafizur Rahman is currently living in 121-09 85th Avenue Kew Gardens in Queens area in New York City with his wife Nasrin Ahad Chowdhury, son Md Hamza Bin Mustafiz and Khalid Bin Mustafiz. The property where Lt Col Mustafizur Rahman and his family members has four residential units. The property was built in 1920. This 121-09 85th Avenue, Kew Gardens, NY 11415 property was last sold in July 21, 2015.

Our reporters are trying to get more information about Lt Col Mustafizur Rahman.