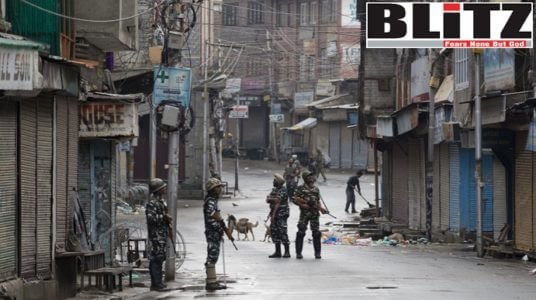 Right after the independence from British Raj in India, Pakistan infiltrated the state of Jammu and Kashmir. This forced intrusion by Pakistani Army was an aggressive military action against the royal rule of Jammy and Kashmir.

The then ruler of state Jammu and Kashmir, Maharaja Hari Singh flee to Delhi.

It was 26 October 1947 when Maharaja Hari Singh signed the agreement to accede to the Dominion of India.

Today the ruling party of India, BJP declared it’s actions towards the amendment in Article 370 in the constitution of India. This amendment gives Jammu and Kashmir the status of an Indian state legally rather a disputed territory.

Special Amendment in Article 35A

Dissolution of Article 35A

Once the Article 35A is dissolved, the state of Jammu and Kashmir will have huge benefits. Most of India’s top industrialists will jump into the Jammu and Kashmir market. This jump of industrialists will make the local market very strong. Kashmir has very big importance in the tourism sector. But, this sector is not growing because of no support from other industries. Kashmiri crops are not exposed to the international market as they should be.

Kashmir will emerge as a new powerful state in India after the dissolution of Article 35A. Kashmiris will have exposure to other states as other states’ will have access to the Kashmir.

Only separatists in Kashmir will face huge loss with this big step of Prime Minister Narendra Modi.

Kashmiris must understand that, in today’s time, it is essential to get benefited from the image of progressive India. The present situation of the state of Jammu & Kashmir is due to its discriminatory rules and regulations. Chanting Pakistan Zindabad gave Kashmir nothing but terror from the bordering nation Pakistan. Removal of 35A about the state of Jammu and Kashmir from the constitution of India.

Subramanian Swamy, a Rajyasabha member from BJP, said that the intention is to unite the Kashmir (POK and Indian Kashmir). The United States of America now should intervene and affirmatively support India to establish peace in the region.

Muzaffar Ahmad Noori Bajwa is the Editor of The Eastern Herald