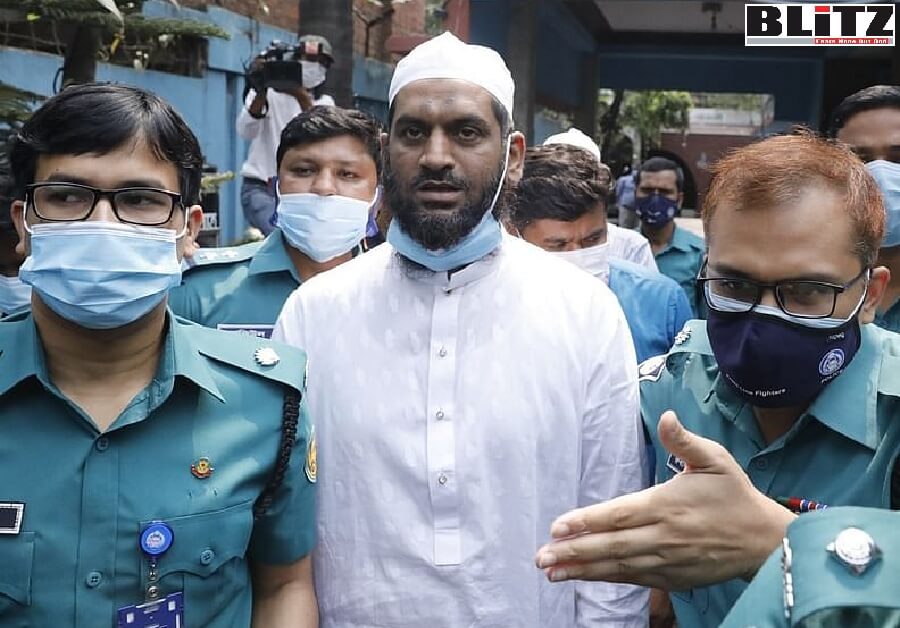 Mamunul Haque, the controversial leader of Hezafat-e-Islam is the youngest son of Azizul Haque – a top leader of Khelafat Majlish party. On completion of his education, Mamunul Haque joined a madrassa in Sirajganj district as a teacher. Later he was expelled from there on allegations of raping the boy students. It is further learned from credible sources that Mamunul has been a sexual pervert since his very younghood. During his student life, he was accused of having sexual relations with multiple women, including wives of madrassa teachers. Mamunul used to have sexual relations with females under the pretense of Sigheh or temporary marriage [also known as contract marriage], which is allowed in Shia sect of Islam and largely practiced in Iran. Since his younghood, Mamunul Haque has been having physical relationship with many females by fooling them with the pretense of temporary marriage or Sigheh [also known as Muta’ah].

What is contract marriage?

In most cases, such ‘Marriage for Minutes’ or ‘Mut’ah Marriage’ take place to meet mere sexual desires of the men.

First of all, let us have a glimpse on the existing marriage law in Islamic Republic of Iran. In Iran, marriage law has become extremely complicated, confusing and mostly against the rights of women. Let’s begin with a quote from a fatwa by the late and unlamented Ayatollah Khomeini of Iran, where the readers will possibly understand the state of mind of the Islamist clergies on this particular issue:

“A man having intercourse with a girl younger than nine years of age has not committed a crime, but only an infraction, if the girl is not permanently damaged. If the girl, however, is permanently damaged, the man must provide for her all her life. But this girl will not count as one of the man’s four permanent wives. He also is not permitted to marry the girl’s sister.”

During interrogation, Mamunul Haque although has said, he had entered into contract marriage with Jannat Ara Jharna and Lipi, the two women whose name emerged into media following Mamunul’s sex scandal at the resort in Narayanganj district. While Mamunul told the interrogators of entering into “contract marriage” only with Jharna and Jannatul Ferdous Lipi, a source told this correspondent that the Hefazat-e-Islam leader was known in his inner circle as a playboy, while he was continuing having sexual relations with multiple females as well as boy students of madrassas.

According to credible sources, Hefazat-e-Islam leader Mamunul Haque is in favor of Iran-type Islamic revolution in Bangladesh as he considers Iran’s Ayatollah Rohullah Khomeini as his idol. It is also learned, Mamunul has strong hatred towards the rulers of Saudi Arabia, which is one of the reasons for him of receiving favor from Qatari regime. Mamunul also has been maintaining connections with Muslim Brotherhood leadership.

Mamunul Haque has cheated many women

Hefazat-e-Islam leader Mamunul Haque has been cheating lots of females with false promises of marriage. He is also responsible for spoiling lives of many. According to a credible source, in 2018, a female being cheated by Mamunul had committed suicide.