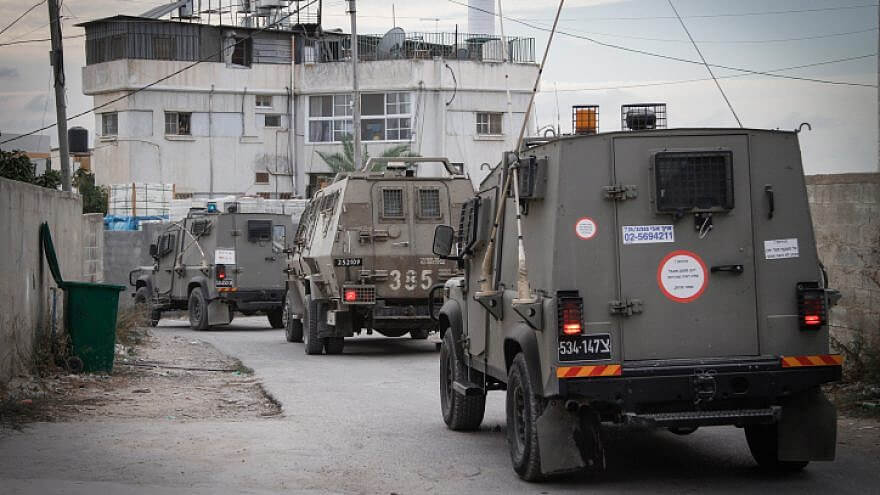 The brother and sister of 23-year-old Ashraf Walid Suleiman Na’alowa were detained on Sunday as a massive manhunt for the terrorist who shot two Israelis to death at an industrial park continues.

Na’alowa, who was employed by Alon Group as an electrician, entered their offices in the Barkan Industrial Park near the city of Ariel around 7:30 a.m. with a Carlo-style submachine gun and handcuffed Kim Levengron Yehezkel, a 29-year-old secretary to the CEO and mother of an 18-month-old baby, using zip-ties.

Shooting her at close range and killing her, he turned to a second female in her 50s, who had entered to investigate strange noises in the office, and shot her in the stomach. She was moderately wounded and is expected to be released from Beilinson Hospital in the coming days.

He then attacked Ziv Hajbi, a 35-year-old accountant for the company and father of three, fatally shooting him.

Surveillance video showed Na’alowa fleeing the offices on foot at 7:39 a.m. Security forces arrived at the scene and locked it down, closing off all roads to the 165-office industrial park, and setting up roadblocks and checkpoints in the area.

Members of Na’alowa’s family in Shuweika near Tulkarm have been arrested and interrogated by Shin Bet security services to determine if they provided him with assistance or knew about the terrorist’s plan to attack.

The Israel Defense Forces said Na’alowa had no history of terrorist activities and was not known to be tied to any terror groups.

Earlier in the day on Sunday, Na’alowa had posted on his Facebook page that he was “waiting for [Allah].” Reports indicate he also left a suicide letter with a friend three days ago.

Levengrond Yehezkel was buried in her hometown of Rosh Ha’ayin at 10 p.m. on Sunday. The funeral for Hajbi was scheduled for 2 p.m. on Monday in the southern community of Nir Yisrael.

Both families said their loved ones would donate their organs.