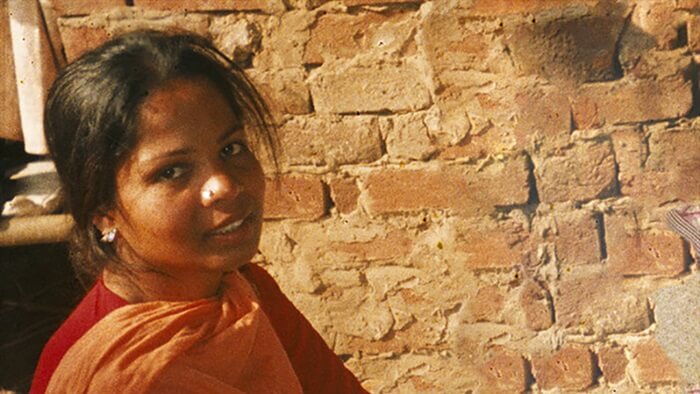 The acquittal of a Pakistani Christian woman sentenced to death for blaspheming Islam has led to massive protests which threaten to topple the government.

In 2009, Aasiya Noreen, better known as Asiya Bibi, was harvesting berries with a group of Muslim women. She was told to fetch water for the other women and while at the well, she stopped to take a drink with an old metal cup she had found lying next to the well. A neighbor of Noreen, Musarat, who had been involved in a running feud with Noreen’s family about some property damage, saw her and angrily told her that it was forbidden for a Christian to drink water from the same utensil from which Muslims drink, and that some of the other workers considered her to be unclean because she was a Christian. and the other women objected to a non-Muslim woman touching the bowl used to carry water.

Noreen recounted that Musarat said to her: “That’s right, you’re just a filthy Christian! You’ve contaminated our water and now you dare speak for the Prophet! Stupid b*tch, your Jesus didn’t even have a proper father, he was a bastard, don’t you know that.”

Arguing ensued. Noreen recounted that when they made derogatory statements about Christianity and demanded that she convert to Islam, she responded, “I believe in my religion and in Jesus, who died on the cross for the sins of mankind. What did your Prophet Mohammed ever do to save mankind? And why should it be me that converts instead of you?”

Five days later, a mob came to her house and attacked Noreen and her family. Noreen was arrested and accused of insulting the Islamic Prophet Muhammad which was made punishable by death by law in 1986. She denied doing so but was imprisoned as a result of charges filed with the police. In 2010, she was sentenced to death by hanging.

Though Noreen is the first woman to be sentenced to death for insulting Mohammed, Human Rights Watch reported that many people accused of this crime are imprisoned for extended periods of time while their cases are processed. Since 1990, at least 65 people have reportedly been murdered in Pakistan as the result of claims of blasphemy. Christians make up just 1.6% of the population. Noreen has spent much of the past eight years in solitary confinement.

The case attracted worldwide attention. Organizations advocating for persecuted Christians got involved and petitions demanding her release attracted hundreds of thousands of signatures. Pope Benedict XVI, and later Pope Francis, publicly called for the charges against her to be dismissed. Two Pakistani politicians were assassinated for advocating on her behalf. Noreen’s family went into hiding after receiving death threats, some of which threatened to kill Asia if released from prison.

Noreen was acquitted by the Supreme Court of Pakistan on Wednesday. The decision was praised by human rights groups and those advocating for Christian minorities but it sparked massive protests headed by Islamic religious parties, shutting down roads in Karachi and Lahore. Confrontations have led to the protesters attacking police with stone-throwing. Several Muslim leaders have offered large rewards for killing her and her family. Italy, France, and Spain have all offered to grant her and her family asylum.

The government has decided to hold talks with the protesters holding sit-ins across the country against the acquittal of Noreen.

In a televised national broadcast late on Wednesday, Prime Minister Imran Khan – a former international cricketer – warned the protesters the government would act against any prolonged blockade.

Khan was critical of the protests and the leaders, particularly of the Tehreek-e-Labbaik Pakistan (TLP), an Islamic political party in Pakistan with an Islamic ideology.

“They are inciting you for their own political gain, you should not get trapped by them for the sake of the country, they are doing no service to Islam,” Khan said in the broadcast. “We will protect people’s properties and lives, we will not allow any sabotage, we will not allow any traffic to be stopped. They are not serving Islam, but trying to increase their vote bank. They are doing their politics.”