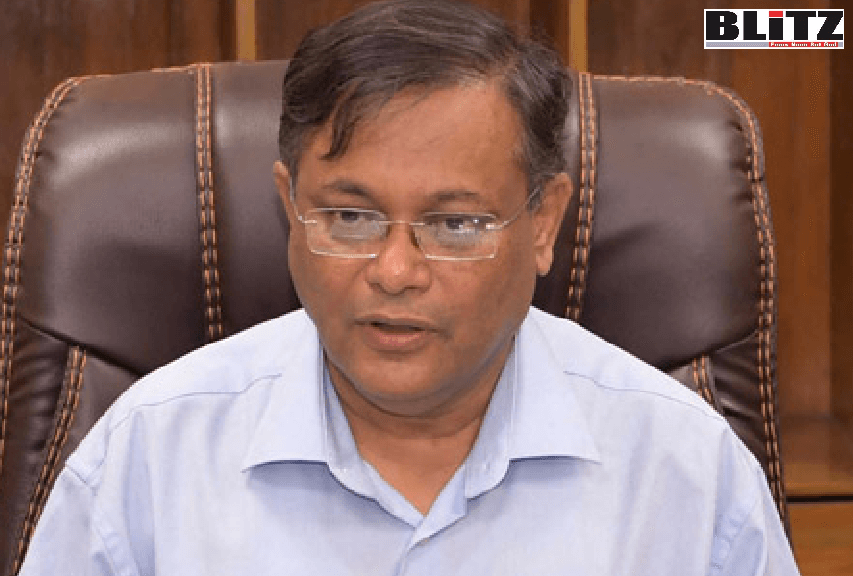 Information and Broadcasting Minister Dr Hasan Mahmud said the mass media in Bangladesh are enjoying more freedom than many developed countries across the globe.

“The publication of 167-year old newspaper ‘News of the World’ was shut down for publishing wrong information in the United Kingdom. The executive officers of the BBC were forced to resign for broadcasting wrong information about a representative of the House of Commons. But, there is no such instance in Bangladesh,” he said.

The minister said this while addressing a discussion ‘Achievement and Challenge of Mass Media during 50 Years’ at an auditorium of Dhaka Reporters Unity (DRU) in the capital.

DRU organised the discussion with its President Mursalin Nomani in the chair.

About Digital Security Act (DSA), the minister said the act has been enacted to ensure security for all, not for a special group. There was no digital issue couple years ago, so there was no question of digital security, said Hasan, also Awami League joint general secretary.

“When any person or a journalist becomes the victim of a digital attack, how would he or she get remedy without an act?” he asked.

He said similar provisions of chapter VI of the act are also in Chapter XI of the Information Technology Act of India and Section 16 of the Protection of Electronic Crimes Act of Pakistan.

He said many countries, including the United States, the United Kingdom, Nepal, the United Arab Emirates, Germany and Singapore, have digital acts, which are similar to Bangladesh’s Digital Security Act.

He said these are only few examples of some countries. “There are provisions of arrests and punishments for such crimes also in many countries. But, like you, I also in favour of remaining careful in using the act,” he added.

About the achievement of mass media, Hasan said a vast revolution has taken place in the country’s media sector during the last 50 years.

“I would like to tell about the last 12 years. There were only about 450 newspapers and 10 televisions 12 year ago in the country. But, now there are about 1,250 newspapers and 34 TV channels as the government has given license to 44 private TV channels,” he added.

Later, the minister handed over prizes among the winners of ‘City Bangk-DRU Badminton Tournament.

Like Loading...
Recommended for you:
Continue Reading
Advertisement
You may also like...
Related Topics:Achievement and Challenge of Mass Media, Dhaka Reporters Unity, Minister Dr Hasan Mahmud