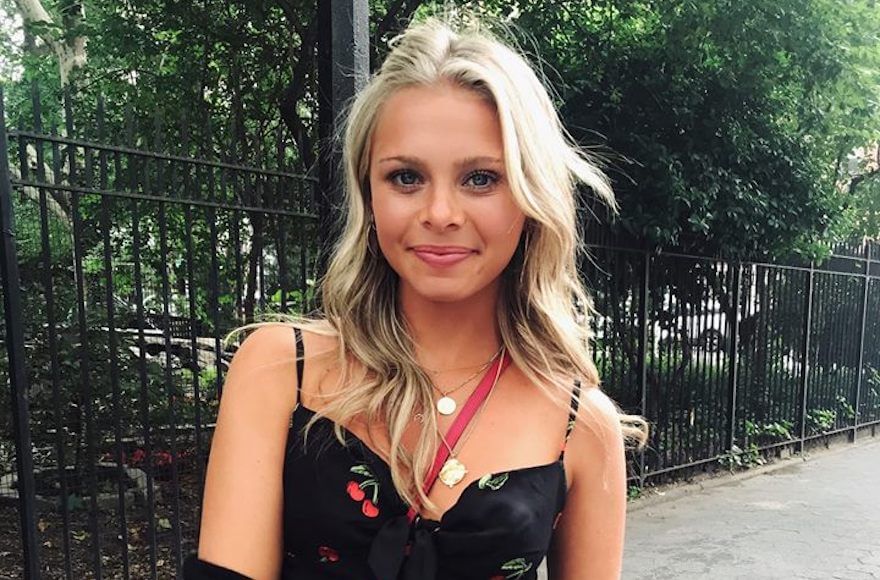 A professor at the University of Michigan is under fire for saying he can’t write a letter of recommendation for study in Israel because he supports a boycott of the country.

John Cheney-Lippold, a professor of American culture, declined to recommend junior Abigail Ingber for a semester abroad in Israel because he supports the Boycott, Divestment and Sanctions movement against the country, known as BDS.

“As you may know, many University departments have pledged an academic boycott against Israel in support of Palestinians living in Palestine,” the professor’s email read. “This boycott includes writing letters of recommendation for students planning to study there.”

The email was first publicized Sunday in a post on the Facebook page of Club Z, a pro-Israel group for young people.

JTA has reached out to Ingber for comment, though she declined to comment on the incident to The Michigan Daily, the campus paper.

Cheney-Lippold told JTA that the backlash has not led him to regret the letter. He wrote that boycotts are a tool to fight injustice, and that Israeli universities are complicit in Israeli abuse of Palestinians because of their role in military research.

“I do not regret declining to write the letter, precisely because I am boycotting injustice,” Cheney-Lippold wrote in an email to JTA. “I would hope anyone who cares about injustice, such as Israel’s unequal treatment of Palestinians, would make a similar decision… Israeli universities are complicit institutions — they develop weapons systems and military training. Standing up for freedom, justice, and equality for all is something I’m proud of.

Several academic associations, including the American Studies Association in 2013, have voted for boycotts of Israeli universities. Cheney-Lippold rejected the idea that his refusal was anti-Semitic, as he is boycotting Israeli institutions, not the Jewish student. He said that the study abroad programs themselves are discriminatory, alleging that they would deny admittance to Palestinian students or those who are pro-Palestinian.

“The issue at hand is how Israel and its institutions discriminate against Palestinians and others, even in terms of the study abroad programs themselves,” he wrote. “If a Palestinian student approached me to participate in this study abroad trip, they might be denied because of their ethnic origin. The same may go for students who express support for Palestinian rights.”

In a statement to JTA, Club Z’s executive director, Masha Merkulova, said the decision is anti-Semitic as it came “solely because her chosen destination is Israel.” She accused the professor of holding Ingber to a double standard.

“[W]e fully stand behind Abigail, who should have never been subjected to this double standard,” the statement said. “We strongly believe that when such acts of anti-Semitism and bigotry occur at higher institutions, we must hold professors, administrators, and universities accountable.”

The U.S. Department of Education may agree. Its Office of Civil Rights under Kenneth Marcus, the department’s new assistant secretary for civil rights, is employing the State Department’s definition of anti-Semitism, which includes some types of anti-Israel activity, in investigating claims of discrimination under Title VI of the Civil Rights Act. The definition includes “applying double standards by requiring of [Israel] a behavior not expected or demanded of any other democratic nation” and holding Jews collectively responsible for Israel’s actions.

Marcus recently employed the definition in reopening an investigation into an allegedly anti-Semitic event at Rutgers University in 2011.

Last year, the University of Michigan’s Central Student Government called on the university to investigate divestment from companies that violate Palestinian human rights. The university’s Board of Regents rejected the call.

“It is disappointing that a faculty member would allow their personal political beliefs to limit the support they are willing to otherwise provide for our students,” read a statement on Cheney-Lippold’s letter from the university’s Public Affairs Department, according to the Michigan Daily. “We will engage our faculty colleagues in deep discussions to clarify how the expression of our shared values plays out in support of all students.”

The Palestinian Campaign for the Academic and Cultural Boycott of Israel, affiliated with the Palestinian BDS National Committee, urges faculty not to write recommendations for students hoping to pursue studies in Israel.

Like Loading...
Recommended for you:
Continue Reading
Advertisement
You may also like...
Related Topics:a pro-Israel group for young people, American Studies Association, Club Z, Palestinian Campaign for the Academic and Cultural Boycott of Israel