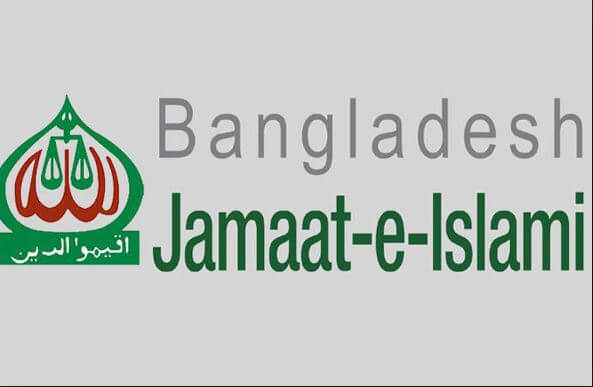 It seems like Bangladesh has lost a battle in the hands of militancy-linked and pro-Pakistan party Jamaat-e-Islami Bangladesh (JIB). Election Commission (EC) on December 23, has declared the nomination of 25 JIB candidates valid. Meaning, these anti-liberation forces will contest in the December 30 general elections and may even win. Such a huge numbers of JIB men, if elected, may even emerge as a decisive factor in either forming of the next general government or the main opposition. The EC decision has tremendously shocked the pro-liberation forces in Bangladesh. Pro-Awami League bloc are even seeing this decision as a coup of the EC against the spirit of liberation war, Bengalis and freedom fighters. Others are seeing this decision as a “sign of relief” thinking this has proved, the EC is not biased towards the ruling party nor is bowing-down to any pressure.

The Election Commission on December 23rd said there is no scope now for scrapping the candidacy of 25 Jamaat-e-Islami leaders who are contesting the parliamentary election despite cancellation of the party’s registration.

Of them, 22 are in the race with BNP’s electoral symbol “sheaf of paddy” and three as independent candidates.

After a meeting of the commission, EC Secretary Helaluddin Ahmed said they have examined the related law and “there is no scope for rejecting the Jamaat leaders’ candidacy at this moment”.

Helaluddin said returning officers accepted and finalized the Jamaat leaders’ nomination papers. But no objections were filed with the election tribunal against the ROs’ decisions.

The EC scrapped Jamaat’s registration following an HC verdict in 2013. On Tuesday, the HC directed the EC to dispose of in three working days the application filed for cancellation of the Jamaat men’s candidacy.

The court also issued a rule asking the government to explain in four weeks why the EC’s decision to allow JIB men to contest the election despite the cancellation of their party’s registration should not be declared illegal.

In the rule, the court asked the EC to show cause as to why the commission should not be directed to cancel their candidacy.

In another development, the EC on December 23rd turned down the Bangladesh Nationalist Party’s plea for permission to field the party’s alternative candidates or rescheduling of the polls in the constituencies where the HC rejected candidacies of five party candidates.

In a letter to Chief Election Commissioner KM Nurul Huda, BNP on Thursday urged the EC to allow them to field alternative candidates from among those who have already submitted nomination papers.

“There is a provision for rescheduling election if a contestant dies … A candidate being disqualified by the court is a sort of death,” BNP standing committee member Nazrul Islam Khan told reporters after handing over the letter to the CEC.

“The EC should reschedule the election in those constituencies,” he said.

Five BNP leaders lost their candidacy yesterday following an HC order on Thursday. The court disqualified them as the government did not accept their resignation as upazila chairmen.

According to the Representation of the People Order (RPO), anyone holding “an office of profit” like that of an upazila chairman cannot run for MP.  With the five, the BNP now has no contenders in 15 of the 300 seats.

Election Commission’s decision of allowing the JIB candidates to run in the upcoming general election is a matter of grave concern, as because now the anti-Awami League bloc has managed to save these 25 seats being already gone in favour of the ruling party candidates.