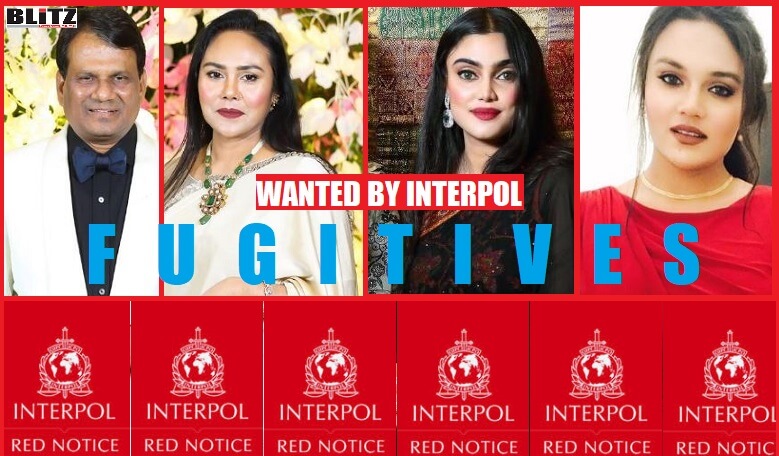 Following the issuance of Red Notice by Interpol, Islamic State funder Md Shahid Uddin Khan and members of his family have become desperate and reportedly are plotting series of jihadist attacks in Bangladesh and India with the ulterior agenda of taking revenge.

According to a source in London, Md Shahid Uddin Khan, his wife Farjana Anjum and daughters Shehtaz Munasi Khan and Parisa Pinaz Khan also have sought assistance from London Mayor Sadiq Khan in helping them from being deported from the United Kingdom as the family faces several criminal charges including terror-financing, money laundering and dealing in arms in Bangladesh.

Sitting in London, Khan has been making numerous attempts of establishing Sharia rule in Bangladesh by ousting the democratically elected government. He already has hired several dubious journalists in the West with the agenda of running offensives against the Bangladesh government.

During his stay in Bangladesh, Md Shahid Uddin Khan was sending anonymous letters as well as publishing defamatory contents on the web against several officers of the Bangladesh Armed Forces. Khan was enjoying hidden patronization of few of his course-mates as well as some rogue officials in the army in continuing such notoriety. His residence in Dhaka’s Baridhara residential area had turned into a conspiracy center, where several key officials of the Bangladesh Armed Forces were secretly holding meetings with Shahid Uddin Khan during odd hours. This newspaper has already received several photographs of such secret meetings.

According to sources, Shahid Uddin Khan was sending those anonymous letters with the notorious motive of putting his targets into trouble.

It is further learnt that, ever since he and members of his family became fugitives, Khan had been secretly meeting some of the members of Bangladesh Armed Forces in Dubai while many of those cohorts of Md Shahid Uddin Khan are maintaining regular contacts with him via secured apps.

Sitting in London, Md Shahid Uddin Khan and his wife Farzana Anjum are regularly contacting several ‘influential friends’ in Bangladesh with the request of helping them in ousting the government. They also are sending various propaganda contents to those individuals with the request of circulating amongst some targeted individuals.

A lawyer of Shahid Uddin Khan in Dhaka told this correspondent that the fugitive terror-funder has been maintaining regular contacts with him while Khan reportedly is telling them that the “days of the current government [in Bangladesh] are numbered”.

The same source added that Khan’s confidante and abettor of most of his crimes, Nurul Islam alias Nazrul Islam and Lance Corporal Akidul Ali are maintaining regular contacts with him. It may be mentioned here that as per directives of Md Shahid Uddin Khan, his accomplices Nazrul and Akidul had gone into hiding.

In 2009, a man named Md. Shahid Uddin Khan, along with his wife Farjana Anjum and daughters Shehtaz Munasi Khan, Parisa Pinaz Khan and Zumana Fiza Khan had entered the United Kingdom with tons of dirty money and had even managed immigrant status under Visa Tier 1, vide VAF No. 511702.

On January 17, 2019, Counter Terrorism and Transnational Crime (CTTC) unit of Bangladesh Police, based on secret information, raided House No. 184, Road No. 2, Baridhara DOHS in Dhaka, Bangladesh, which is the Dhaka residence of Md. Shahid Uddin Khan.

This house was allegedly used as a warehouse for arms, explosives and propaganda materials of Islamic State (ISIS).

During the raid, a large volume of weapons, detonator, counterfeit Bangladesh currency notes and jihadist materials of ISIS were recovered by the CTTC unit.

Shahid Uddin Khan and his family members have been financing various militancy outfits including Islamic State.