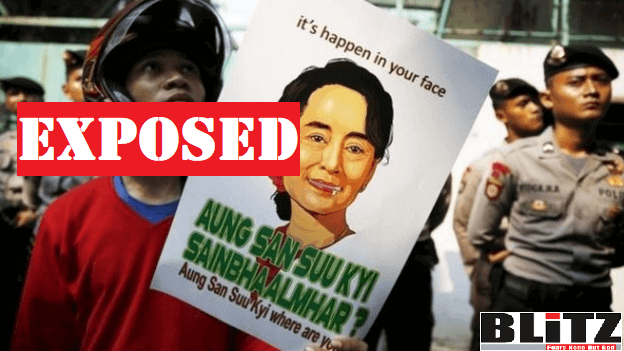 Sensing Dhaka’s enhanced efforts in mobilizing global pressure, authorities in Naypyitaw has taken an urgent measure in countering any such effort. With this goal, Myanmar’s military establishment has formed a special unit named Media Monitoring and Action Cell with few skilled IT professionals and military officers to track each of the contents centering the Rohingya issue on the web and in case of necessity leave comments countering the content. Naypyitaw also is looking for hiring an Indian Public Relations firm for “managing international media” in favor of Naypyitaw on the Rohingya issue. A special committee has been made responsible for briefing the Indian firm on the strategies of such propaganda and countering any of the pro-Rohingya contents in the international media.

Meanwhile, experts on diplomatic and counter-terrorism affairs in Myanmar held an emergency meeting following the briefing of Bangladesh foreign minister Dr. AK Abdul Momen, who told members of the diplomatic corps in Dhaka that hundreds of thousands of Rohingyas in refugee camps in the Cox’s Bazar area have started experiencing terrorist activities. Such terrorist activities may increase due to the long presence of such a huge number of people in Bangladesh.

Dr. Momen said, “Recently, some terrorist activities have started. We anticipated this earlier that if such a large number of people stay somewhere there is always a possibility of (creation of) pockets of radicalism. Terrorist activities may increase. Therefore, we will tell Myanmar to keep their promise and take these people [Rohingyas] back”.

He said, “Recently, we have told their [Myanmar] friendly countries and will tell them forcefully that you have advised us to discuss with them [Myanmar] bilaterally. Tell your friends to take their people back. If they are not taken back, terrorist activities may increase and the investments you made and are planning to make, will all be ruined. If there is uncertainty, development does not take place easily”.

Taking note of these remarks by the Bangladeshi foreign minister, Myanmar is going to communicate a message to China, ahead of Bangladeshi Prime Minister Sheikh Hasina’s scheduled visit in July, stating that Dhaka is giving instigation to the Rohingya refugees in staging terrorist activities inside Myanmar.

Naypyitaw’s agenda is to mislead Beijing, Delhi and other international community by false putting blame on Dhaka for giving instigation to Rohingyas in staging terrorism inside Myanmar.

Meanwhile, the newly formed Media Monitoring and Action Cell in Myanmar has already started working on its agenda and are countering each of the contents on Rohingya issue in leading newspapers in the world. As part of it, this cell has countered an opinion editorial titled ‘Risk of playing with the Rohingya issue’, which was published in Blitz on June 12, 2019.

Myanmar side has left two comments beneath the Blitz opinion editorial.

On June 12, 2019 at 10:53 pm, a comment was posted by Yangon Thar stating, “Jihadi Muslim sympathizers thinks that Myanmar must accept all 700,000+ Muslim Jihadi so-called refugee back is day dreaming in technicolor. Myanmar government must verified documentation for residency proof and extensive terrorist screening all returnee. 99.9 % of so called refugee were involved in August 17, 2017 attacks of police outposts and army battalion in Arakan state. Not surprise almost every refugee is afraid of retribution to go back and unattainable demand of citizenship which Myanmar will never grant them at all.”

Then again on June 14, 2019, at 12:22 am on Yangon Thar posted another comment stating, “Since 1948, each and every Jihadi Muslim attacks were defeated time and time again, the last one was September 24, 2017 ARSA and Muslim villager-followers attacked 30 Burma Police Outposts and Army Battalion HQ.

“That attacks was responded by Burma Army shock-and-awe forces which triggered ARSA and its follower Jihadi Muslim villager to flee to the Bangladesh border with tails between their legs.

“Burma Army and the people of Burma will defeat any external foreign Jihadi Muslim invasion or internal Jihadi Muslim uprising any time any place.