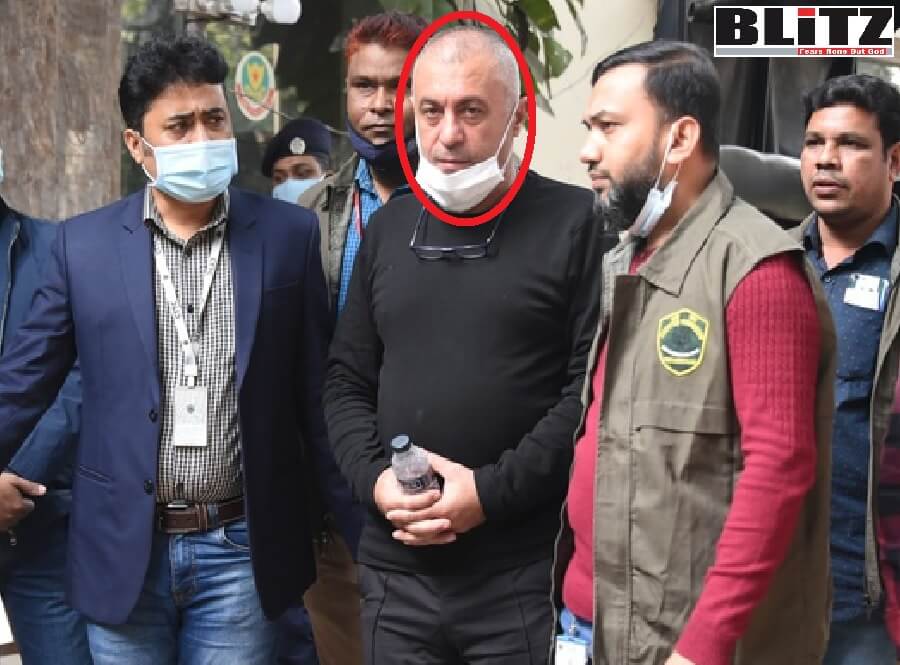 A mysterious Turkish national has been arrested in by the Counter Terrorism and Transnational Crime unit of Bangladesh Police for involvement in numerous types of criminal activities including ATM card cloning. According to information, Hakan Zamburakan (54) was arrested along with an international racket of ATM card cloning.

One source said, Hakan Zamburakan is a member of Turkey’s controversial Fetullah Gulen clan while another source said, he has connections with Jamaat-e-Islami. Six months ago, Hakan escaped from custody of Assam police in India. With the reports of large-scale hacking of bank accounts in Tripura state in India, a look out notice against Hakan Zamburakan was issued by the crime branch of Assam police. Later a team of cybercrime cell of Kolkata Police had arrested four notorious bank account and ATM booth hackers who had stolen millions of Indian rupees from six different districts in India. According to authorities concerned, this racket had stolen millions of dollars from 1,788 bank accounts only in India.

Bangladesh Police source said, Hakan Zamburakan, the mastermind of the ATM card cloning and scam racket made 84 attempts to withdraw cash from the ATM booths of Eastern Bank Limited, a private financial institution in Bangladesh, only during January 2-4.

During initial interrogation, Hakan revealed that he came to Bangladesh on December 31, 2021 and began staying at Hotel The Capital in Dhaka’s Paltan area.

Hakan was arrested alongside another Turkish national and two Bangladeshi nationals in an ATM booth scamming case in India’s Assam in 2019, he said.

Before his arrest, he allegedly defrauded some Rs 1 million through cloning cards.

Hakan spent some 20 months in jail in India before he was taken to the Govind Ballabh Pant Hospital in Agartala for treatment while in police custody and escaped. Then, with the help of an Indian national, he spent Indian rupees 200,000 to travel from Sikkim to Nepal. From there he procured travel documents, returned to Turkey and managed a new passport.