By now, most of the people in the world are aware of the case of Jordanian king Abdullah’s half-sister Princess Haya bint Hussein. According to media reports, she has paid her British bodyguard-lover $ 1.6 million in cash and showered him with opulent gifts and finally succeeded in emotionally blackmailing him and let him divorce his wife. The Sun reported. Princess Haya, the sixth wife of Dubai’s Sheikh Mohammad bin Rashid Al Maktoum, had seduced 37-year-old Russell Flowers and enticed him into a relationship before it ended in 2017. The royal affair, which went on for two years, was finally exposed during her high court hearing against her estranged husband. 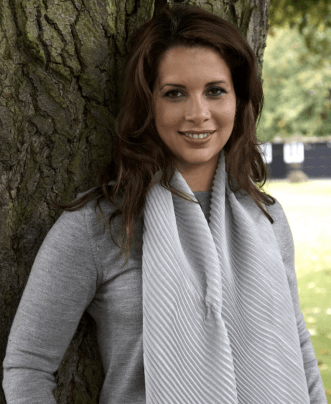 According to The Sun, the 46-year-old princess showed Flowers with cash and multiple gifts which included £50,000 vintage shotgun, a £12,000 watch and a personalized RU55ELLS number plate. In addendum, she also paid $ 1.6 million to three other bodyguards to remain quiet about her love affair, MailOnline reported citing sources close to the princess.

A happy family was crashed by Princess Haya

Russell Flower was living a happy life with his wife until he met Princess Haya after being appointed as her bodyguard. Flowers’ wife reportedly became suspicious of her husband after finding photos of Princess Haya posing in a swimming costume. Her doubt doubled after Flowers started working out with a personal trainer and after she found a packet of condoms in his washbag, The Sun reported citing sources. Flowers’ wife was “devastated” after finding of her husband affair and ended their 4-year-old marriage in 2017.

Princess Haya bint Hussein is the daughter of King Hussein of Jordan and his third wife Queen Alia, and the half-sister of King Abdullah II. She is a graduate of the University of Oxford in England and an accomplished equestrian. She got married to Dubai’s Sheikh Mohammad bin Rashid Al Maktoum, on 10 April 2004. After her affair with her bodyguard came into light, the Sheikh divorced her in April 2019. She currently lives in the United Kingdom with her two children.

Details of her relationship with Russell Flowers were raised during the recent and bitter divorce hearing against the 70-year-old Emirati ruler at the High Court in London, in which Princess Haya won custody of the royal couple’s two children with whom she currently lives in a luxurious £85 million palace in Kensington, West London.

During the proceedings, Princess Haya has made attempts of deceiving the British High Court by making false allegation stating, Sheikh Mohammed Bin Maktoum had sought to make arrangements for a marriage between his youngest daughter, then 11, and the Crown Prince of Saudi Arabia Mohammed bin Salman bin Abdulaziz Al Saud. The court did not pay any heed to this statement as it lacked any substance. 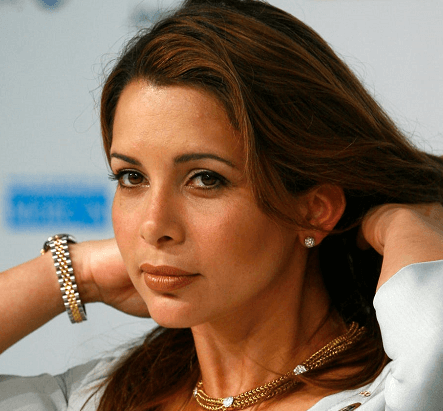 The princess said she was told by a trusted police officer that a member of the sheikh’s family had visited Saudi Arabia in February last year to discuss a marriage. The allegation was hearsay, the judge said.

Instead, the court revealed that Princess Haya “embarked upon an adulterous relationship with one of her male bodyguards” also ended Flowers’ four-year marriage, leaving his wife “devastated” and, according to her friends, her husband was “seduced” by the 46-year-old princess.

Flowers, 37, who served for five years in the Princess of Wales Roya Regiment began working full-time as a bodyguard for Princess Haya in 2016, accompanying her on many overseas trips. One source close to Russell’s wife claimed that during trips abroad, the princess would always insist that they had connecting rooms. While she was in the UK, they would be out “almost every night” and on some occasions would not return home until the next morning. Princess Haya back to adultery

In London, Jordanian king’s half-sister Princess Haya Bint Hussein is living a rowdy life as she reportedly is in physical relationship with multiple individuals, including a British national and another from Jordan. Alcohol, drugs and sexual fantasies have become regular routine for Princess Haya. According to a source, she even is desperately looking for getting back her ex-lover Russell Flowers and has even requested one of their common friends to repair the broken relationship.

A source inside Jordanian royal family claimed, Princess Haya has been living a rowdy life since her younghood and has dated many men. The source said, she is addicted to attracting the targeted man into her bed by hook or crook.

Jennifer Hicks is an investigative journalist and regular contributor to Blitz