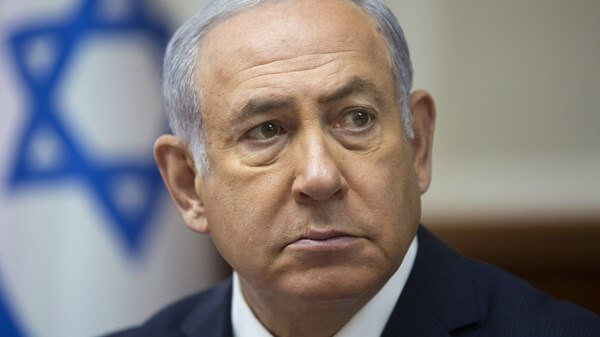 Addressing his controversial decision to agree to a ceasefire with Hamas following more than 24 hours of incessant mortar, rocket and missile fire from Gaza into southern Israel, Israeli Prime Minister Benjamin Netanyahu explained:

“In normal times, a leader must be attentive to the hearts of the people, and our people are wise. But in times of crisis, when making critical decisions in the field of security, the public cannot always be a partner in the crucial considerations that must be concealed from the enemy. At these moments, leadership is not to do the easy thing; leadership is to do the right thing, even if it is difficult. Leadership is sometimes facing criticism when you know confidential and sensitive information that you cannot share with the citizens of Israel, and in this case with the residents of the south, whom I love and appreciate greatly.”

Netanyahu made these statements on Wednesday at a memorial service for David Ben-Gurion, Israel’s first prime minister, whose tough leadership and party’s 30-year domination kept him at the country’s helm for longer than any of his successors thus far.

Almost simultaneously, Israeli Defense Minister Avigdor Lieberman announced his resignation, on the grounds that Netanyahu had ignored his objections to the ceasefire and “capitulated to terrorists.”

This is the same Netanyahu who, while in Paris on Sunday—where he joined world leaders in marking the 100th anniversary of the end of World War I—likened Hamas to ISIS and said: “There no diplomatic solution to Gaza.”

The hours following Lieberman’s figurative bombshell were spent more on media analysis of Israel’s internecine political strife and on Netanyahu’s chances for surviving an early election than on the literal explosive havoc wreaked by Hamas on the Jewish communities in rocket range of Gaza.

This is not because members of these communities were silent, however. On the contrary, they promptly and publicly began demonstrating against Netanyahu for repeatedly leaving them vulnerable to attack, while allowing bloodthirsty Islamist terrorists to call the shots.

The residents of Gaza, too, have been taking to the streets, joyously celebrating their victory over Israel. After all, their own leaders had managed not only to keep the fuel and $15 million cash they had just been permitted by Israel to receive from Qatar, but, yet again, had succeeded in exposing and making a mockery of Israel’s two-pronged Achilles’ heel. This consists of a stringent adherence to “moral” rules of engagement on the one hand, and the inability of the Iron Dome missile-defense system to intercept every missile launched at Israel on the other.

Hamas, which positions itself among civilians whom it views as little more than cannon fodder, believes that Israel would rather commit suicide than kill innocent people. The terrorist group also knows that even when the Israel Defense Forces carefully pinpoint terrorist targets, it is excoriated by the international community and accused of employing “disproportionate force.”

The Israeli right is therefore enraged with Netanyahu and baffled as to why, with such an openly pro-Israel administration in Washington today, he would be so hesitant to deal a painful blow to the terrorist enclave, opting instead to bomb a bunch of empty buildings after warning their occupants to leave.

Oppositionists to the left of the prime minister have been equally vociferous in their rebukes, insisting that if they had been in power right now, Israel would have pummeled Gaza to a pulp. This is both laughable and hypocritical; the last time a left-of-center government was in charge, it fought two wars: one against Hezbollah in Lebanon (in 2006) and the other against Hamas in Gaza (in 2008-09), both of which ended in a unilateral Israeli withdrawal/defeat and U.N. condemnation to boot.

This brings us to the real reason for Netanyahu’s behavior.

He is clearly far more concerned with the looming, existential threat along Israel’s northern border. It is a threat owed largely to the U.N.-brokered ceasefire agreement that sealed the 2006 Second Lebanon War, leaving the field wide open for Iran’s proxy, Hezbollah, to amass enormous quantities of weapons with which to destroy the Jewish state at a later date.

In the 12 years that have elapsed since then—and particularly since the outbreak of the Syrian civil war in 2011—it is not only Iranian-backed Hezbollah terrorists who are based just beyond the Israeli border, but actual Iranian troops as well. Netanyahu has been working tirelessly to keep Tehran from making good on its promise to wipe Israel off the map. To this end, as well as to stave off the establishment of a terrorist Palestinian state in Judea and Samaria, he has been forging relations with neighboring Arab countries that fear a nuclear Iran just as much as Israel does. For this he should be commended, even cheered.

He should be raked over the coals, however, for his hubris. He is an elected official, after all, not a king. The Israeli public is his boss, not the other way around. And though we, the electorate, invested the power in him to make sensitive security decisions on our behalf, we did not give him absolute free rein. His response to the outcry over his restraint this week, therefore, was both insufficient and arrogant. If he wants the “citizens of Israel, and in this case … the residents of the south, whom [he] love[s] and appreciate[s] greatly” to trust that he made the right decision, he needs to do better at articulating it. Failure to do so may very well cost him the next election.

Ruthie Blum is an Israel-based journalist and author of “To Hell in a Handbasket: Carter, Obama, and the ‘Arab Spring.’”