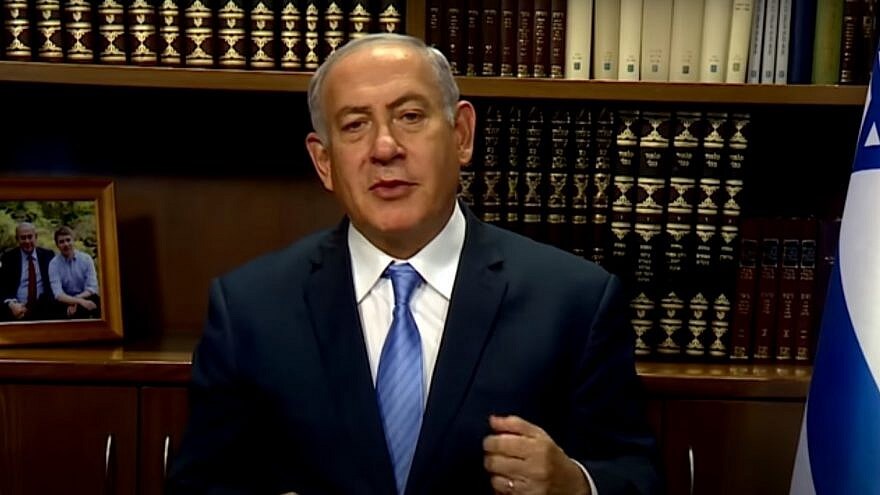 A massive manhunt has been in place since Sunday for ‎Na’alwa‎, who ‎fled the scene.‎

Speaking during a synagogue dedication at the Ein ‎Keshatot archaeological site in the Golan ‎Heights, Netanyahu said, “We grieve today for Kim ‎Levengrond Yehezkel and Ziv Hajbi, may God avenge ‎their blood. We will catch this heinous killer, and ‎we will settle the score. Israeli blood will not be ‎spilled in vain‎.”‎

Turning his attention to the tensions on the Israel-‎Syria border, he noted, “Today, we ‎see what is happening over the border—Iran’s ‎attempts to establish a military presence there and the ‎aggression of terrorist fanatics. ‎We will continue to stand strong and determined ‎against all of these.

‎“The Golan Heights will always remain under Israeli ‎sovereignty because otherwise, we will end up with ‎Iran and Hezbollah on the banks of the Kinneret [Sea ‎of Galilee],” he said.‎

‎“Iran and Hezbollah are constantly trying to ‎establish an offensive front from which they can ‎attack the Golan Heights and the Galilee. We are ‎sparing no effort to foil these attempts.” ‎

Israel, Netanyahu stressed, “Will continue to act with ‎determination against Iran’s attempts to establish ‎an additional front against us on the Golan Heights ‎and in Syria, we will counter all attempts to ‎transfer lethal weapons to Hezbollah in Lebanon.”

He noted he will discuss these issues during his ‎next meeting with Russian President Vladimir Putin, ‎adding that both have agreed to continue the close ‎security cooperation between the IDF and Russian ‎forces deployed in Syria.