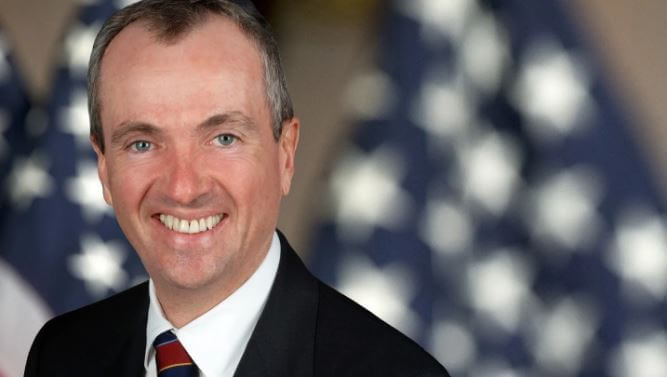 According to the Middle East Forum’s action alert, New Jersey Governor Phil Murphy conducted a State of the State town hall event at the Islamic Center of Passaic County (ICPC) in northern New Jersey on January 16, 2019—a mosque with a long history of pro-Hamas leadership.

His own lawyer admits that he was a member of the student chapter of the Muslim Brotherhood in Jordan, and the N.J. Office of Homeland Security and Preparedness identifies Qatanani as a Hamas supporter. Qatanani is currently fighting deportation on the grounds that he lied to federal officials about his Israeli conviction for membership Hamas.

As if that were not enough, here are some excerpts from his extremist sermons throughout the years:

On the Jewish connection to Jerusalem: “There is nothing to prove the presence of that Temple under or above al Aqsa.”

On Jewish indigeneity in Israel: “…This land called Palestine has been an Arab land from 4,000 years ago before the presence of Abraham.”

On the Holy Land Foundation trial convictions: “oh Allah improve the matters of our community, subhanahu wa ta’ala to assist our brothers and sisters in the Holy Land Foundation, ask oh Allah subhanahu wa ta’ala to assist them and to remove the difficulty that they have been inflicted with with all of the brothers and sisters in this country, oh Allah to prove them non-guilty.”

On Muslims at war: “Oh Allah assist our brothers and sisters in Filastin, and Iraq and Chechnya. O Allah remove occupation and oppression…”

The Middle East Forum asked Governor Murphy and Lt. Governor Sheila Oliver if they believed it’s appropriate for state officials to meet with a radical Islamist imam like Qatanani. But MEF had received no reply.

A call from the Blitz editorial board:

If you believe American elected officials should know better than to consort with Hamas supporters, let Governor Murphy and his office hear your voice and let them know, we, those who are continuously confronting radical Islam and jihad are terribly disturbed at the news of the Governor’s attending a Hamas-linked mosque. The Governor also should know, by attending that mosque, he already has proved himself to be a cohort of radical Islam, militancy and antisemitism.