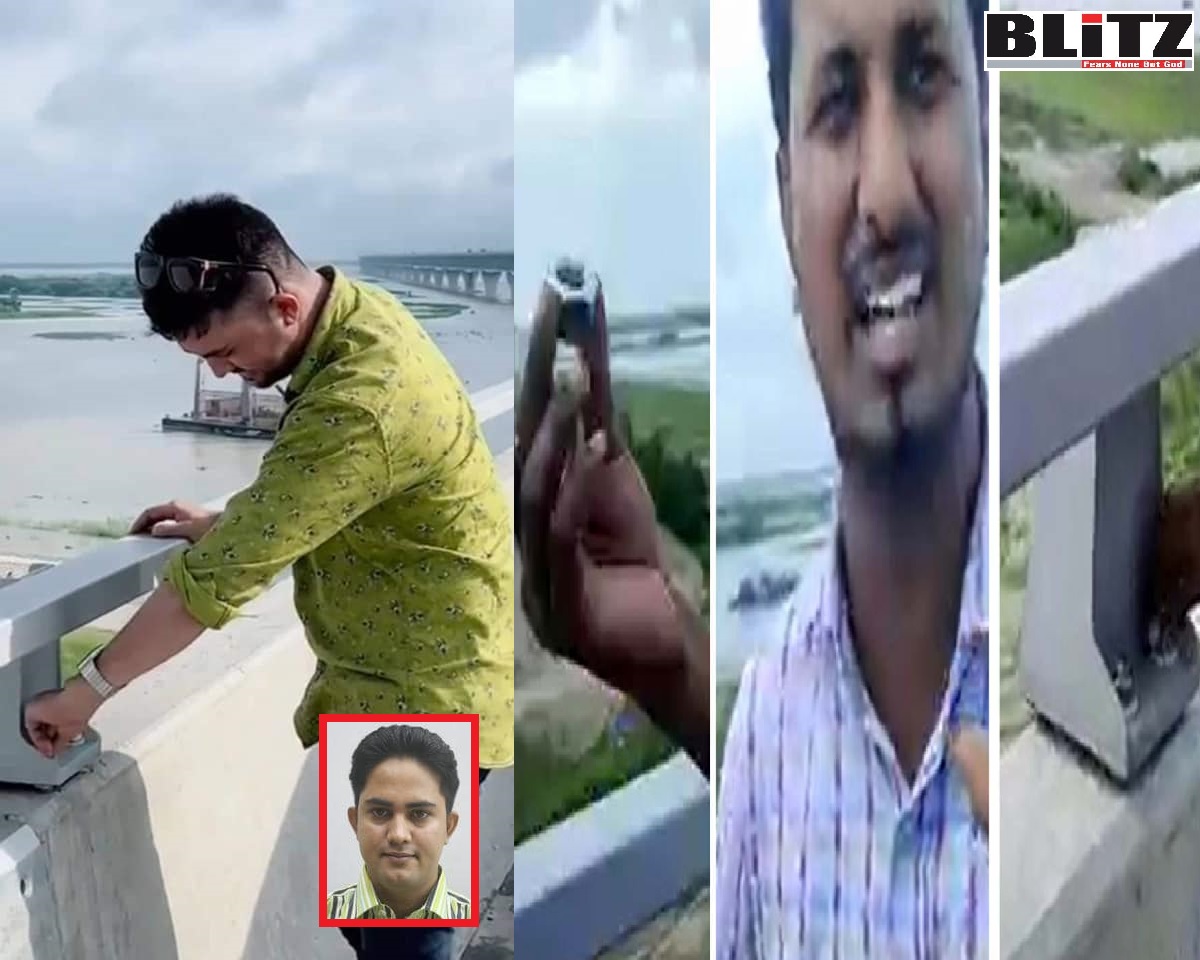 This notorious criminal was arrested from capital’s Shantinagar area hours after a video of him removing the nuts and bolts from Padma Bridge went viral on TikTok platform. A case has been filed against Bayezid with Padma Bridge North Police Station under the Special Powers Act.

Meanwhile, there is another similar video posted on social media platform by another unidentified youth who is yet to be arrested.

Centering the incidents of Bayzid and another youth, dozens of illegal YouTube channels are competing in further spreading these videos with ulterior motive of misleading the people.

Prime Minister Sheikh Hasina inaugurated the long-awaited Padma Multipurpose Bridge on Saturday. The bridge was opened for public use on Sunday morning.

Meanwhile on June 26 night, while making video two motorcyclists critically died in an accident between the 27th and 28th pillars of the bridge. The deceased are Md Alamgir Hossain, 25 and Md Fazlu, 24. A video of the accident went viral on social media. As seen in the video, two seriously injured people are lying on the bridge. Bloodstain and the shoes of the injured are lying next to the accident site while preparations are underway to take them to the hospital. The duo succumbed to the injuries later on.

Meanwhile, dozens of people were seen breaking the rules imposed by the authorities for the security and protection of the Padma Bridge, while law enforcement agencies were seen idly watching such violations.