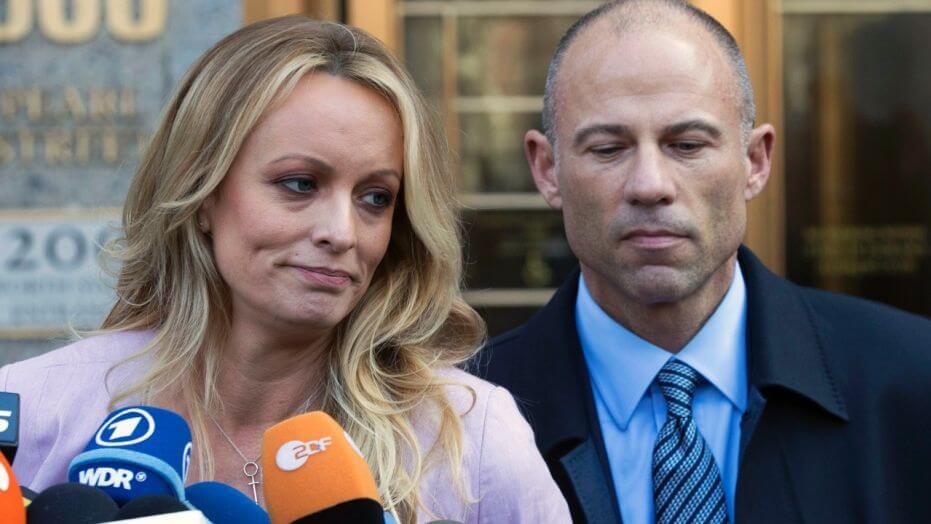 Michael Avenatti, the attorney representing adult-film actress Stormy Daniels in her lawsuits against President Trump, on Wednesday released the identity of a client accusing Brett Kavanaugh of being present for a “gang rape” of which she was a victim.

The accusations, a day before Kavanaugh is set to appear before the Senate Judiciary Committee with a woman accusing him of sexually assaulting her at a party the two attended as teenagers, injects a new level of uncertainty into Kavanaugh’s already tenuous path to confirmation.

Shortly after Avenatti tweeted out the declaration, the Senate Judiciary Committee said it was in the process of reviewing it.

Avenatti tweeted out a sworn testimony from Julie Swetnick in which she declares she met Kavanaugh in “approximately 1980-1981” and attended several house parties were she says Kavanaugh was present.

Swetnick does not accuse Kavanaugh of attacking her, but says he was present at a party where she was drugged with “Quaaludes or something similar” and attacked.

During the incident, Swetnick said she was “incapacitated without my consent and unable to fight off the boys raping me.” In her declaration, Swetnick says she told at least two other people of what happened to her.

Swetnick describes a party environment in which high school boys sought to get high school girls drunk in order to take advantage of them.

Kavanaugh, who this week with the White House launched a major counteroffensive to save his nomination, in a television interview with Fox News on Monday said he has never sexually assaulted anyone.

“I had never sexually assaulted anyone, not in high school, not ever. I’ve always treated women with dignity and respect,” he said.

“Listen to the people who’ve known me best through my whole life, the women who have known me since high school, the 65 who overnight signed a letter from high school saying I always treated them with dignity and respect,” he added.

Republicans have seized on Avenatti’s entrance into the controversy to underline their concerns about a smear campaign against Kavanaugh, but it’s unclear how they will react now that the specific allegations have been made public.

Swetnick’s declaration also mentions Mark Judge, a friend of Kavanaugh’s from high school who has been drawn into the controversy.

Christine Blasey Ford, the first woman to go public with an allegation against Kavanaugh, said Judge was present when she says Kavanaugh attacked her. She has said both Judge and Kavanaugh had been drinking at the time.

An attorney for Judge in an email to The Hill said Judge “vehemently denies” Swetnick’s allegations. Judge has previously said he has no recollection of the incident described by Ford.

Swetnick says she witnessed the two drinking and engaging in inappropriate conduct.

“I also witnessed efforts by Mark Judge, Brett Kavanaugh and others to cause girls to become inebriated and disoriented so they could then be ‘gang raped’ in a side room or bedroom by a ‘train’ of numerous boys. … These boys included Mark Judge and Brett Kavanaugh.

“In approximately 1982, I became the victim of one of these ‘gang’ or ‘train’ rapes where Mark Judge and Brett Kavanaugh were present,” she added.

She said she was drugged during the gang rape of which she was a victim. She also says she has “a firm recollection of seeing boys lined up outside rooms at many of these parties waiting for their ‘turn’ with a girl inside the room.”

In his tweet releasing Swetnick’s testimony, Avenatti demanded “an immediate FBI investigation into the allegations.”

Kavanaugh is scheduled to testify Thursday at a hearing in front of the panel, which will also hear from Ford, who has accused the Supreme Court nominee of assaulting her at a party decades ago when they were both teenagers.

Another woman in a story published Sunday by The New Yorker also has accused Kavanaugh of sexual misconduct from their time at Yale University.

Kavanaugh has denied both allegations, and Senate Republicans and the White House have accused Democrats of a smear campaign. In a letter to the Judiciary panel, Kavanaugh said he was the victim of character assassination.

Avenatti also tweeted a picture of Swetnick, calling her “courageous, brave and honest” and asked that “her privacy and that of her family be respected.”

The allegations against Kavanaugh have cast a cultural spotlight on his nomination in light of the “Me Too” movement.

They have also thrown into chaos what Senate Republicans once thought would be a smooth confirmation process.

Sens. Lisa Murkowski (R-Alaska) and Susan Collins (R-Maine), both crucial swing votes for Kavanaugh, have said they wouldn’t make up their minds on Kavanaugh’s confirmation until hearing from the women accusing him of sexual misconduct.

Murkowski said an FBI investigation into the nominee’s past “would sure clear up all the questions.”

The Judiciary Committee has scheduled a vote on Kavanaugh’s confirmation for Friday.