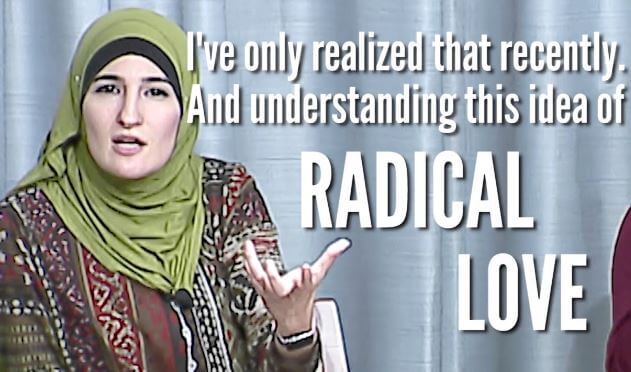 Linda Sarsour, dogged by accusations of anti-Semitism, will speak next month at a New York University program on immigration.

The announcement for the March 25 event, sponsored by NYU’s Asian/Pacific/American Institute, makes no reference to Sarsour’s divisive views. It ignored the fact that the national Women’s March, which Sarsour helps lead, lost a number of significant sponsors including the Democratic National Committee (DNC), the Southern Poverty Law Center (SPLC), Emily’s List and the National Organization for Women (NOW), due to concerns about anti-Semitism and other issues from Sarsour and her colleagues.

Instead, it describes her as a “racial justice and civil rights activist” who is “[b]est known for her intersectional coalition work and efforts to build bridges across racial, ethnic, and faith communities.”

The missing caveat: She’ll build bridges as long as you share her hatred for Israel. In 2015, Sarsour pointedly rejected any solidarity gestures from people who want to stand by Muslims but also support Israel or oppose the campaign to boycott the Jewish state economically, academically and politically.

It built on her 2012 claim that “Nothing is creepier than Zionism,” a tweet that remains on her feed today. And, as the Investigative Project on Terrorism reported last fall, Sarsour finds a way to blame Jews for police shootings of unarmed black people. She points to a program run by the Anti-Defamation League that takes police officials for a week of seminars in Israel, “so they can be trained by the Israeli police and military, and then they come back here and do what? Stop and frisk, killing unarmed black people across the country.”

They are similar to a viewpoint she offered in 2015 during a speech at the 20thanniversary of avowed anti-Semite and Nation of Islam leader Louis Farrakhan’s “Million Man March.”

It’s not as if NYU’s Asian/Pacific/American Institute had no warning. Sarsour’s 2017 participation on an anti-Semitism panel at the nearby New School drew widespread criticism.

NYU placed ninth among the nation’s worst campuses for Jews in a 2016 Algemeiner assessment because “NYU’s was one of the first graduate student governments to pass a BDS resolution, and Jewish students have been subject to antisemitic attacks, such as being served mock eviction notices.” School officials pushed back, but in December, it temporarily shut down the Bronfman Center for Jewish Student Life after finding “several public online postings by an NYU student which were antisemitic in nature and potentially threatening.”

Sarsour has not tried to explain or walk back her anti-Semitic comments. But she still is considered a worthy choice for an academic program at one of the country’s most prestigious institutions. That’s probably not going to help with those rankings.