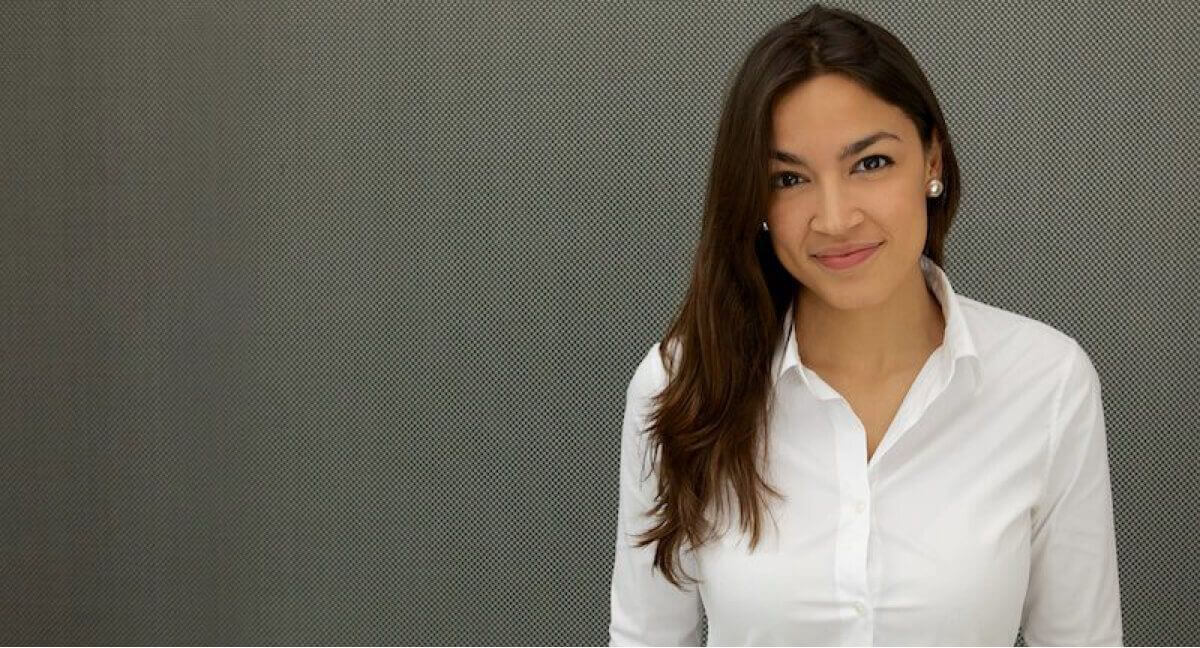 Call her a Communist darling or a moron or whatever abbreviation you have in the vocabulary – in my opinion – Alexandria Ocasio Cortez is gradually becoming a national figure in the American politics and well know individual in the world. She is one of the top-most politicians who are media savvy and knows the art of communicating with her constituents. She is not like those “posh” politicians who feel “uncomfortable” in remaining in closer contact with people who voted her into the Congress. While members of the Congress from both Democratic and Republican party were hoping Alexandria Ocasio-Cortez would tone it down once she arrived in Washington now must have started feeling – they were wrong! The firebrand Democrat from the Bronx made it clear she will not sit back like many of her colleagues – stay quiet and defer to more senior lawmakers. She already has started doing what an energetic young leader should have done. Hopefully very soon, she will start speaking on global issues and become popular amongst people who may not have even heard her name.

My comments may sound strange to many of the readers of this newspaper, who have been mostly read ridiculing stories about Alexandria Ocasio-Cortez. Though I am not a Communist or even a distant supporter of the Democratic Party – I do feel – gradually I am becoming a fan of this lovely young politician.

According to The Hill, Ocasio-Cortez  in her first two weeks on the job, the congresswoman-elect joined a climate-change protest outside Democratic Leader Nancy Pelosi‘s office, streamed a Q&A with supporters while cooking her macaroni-and-cheese dinner on Instagram Live, and engaged in a Twitter spat with two “fallen” vice presidential candidates: Sarah Palin and Joe Lieberman.

The media has tracked her every move, including her early stumbles, like when she said there were three chambers of government: the House, Senate and White House. Some of her young Democratic colleagues, who’ve subscribed to a keep-your-head-down approach, already dish her as a media-hungry, social-media celebrity in the mold of a certain Republican president.

But the 29-year-old’s social-media savvy and ability to connect with everyday voters — she recently shared that she was having difficulty affording an apartment in pricey D.C. — may offer a new road map for how young lawmakers who don’t want to wait their turn could have outsize influence in Washington.

“She’s effective at what she’s trying to do, which is speak up for her values and reaching people who feel they haven’t been represented before,” said a senior House Democratic aide. But the aide added that Ocasio-Cortez has irritated many veteran Democrats who’ve been working on climate change and other issues for decades and are now suddenly upstaged by a political neophyte.

“My entire Twitter feed is her,” the aide said. “She is now sucking up the oxygen on everything.”

As The Hill said, I too want to say – Alexandria Ocasio-Cortez is a rockstar politician. She deserves to be the Democratic Party’s candidate for presidency in 2020. I bet, she is going to do that and she is a much stronger choice than Hillary Clinton. She is even much better choice than most of those sucking female members of the Democratic Party in the Senate and Congress who are looking for running in the Presidential Election in 2020.

Since arriving on Capitol Hill last week, the self-described Democratic socialist has kept the Washington establishment on it toes. Ocasio-Cortez made a splash her first day of freshman orientation by joining 150 youth protesters outside of Pelosi’s office to demand action on climate change. She also reportedly clashed with senior lawmakers during a closed-door caucus meeting later in the week because of her push for a select committee on climate change, which will take away some jurisdiction from other congressional panels like Energy and Commerce.

Ocasio-Cortez was just getting started. Over the weekend, she signed onto an effort by the progressive group Justice Democrats to recruit primary candidates to challenge incumbent Democrats — her future colleagues — who they see as demographically and ideologically out of touch with their districts, another move that could ruffle feathers among the party’s old guard.

But it’s not just her actions in the Capitol’s hallways that have drawn headlines and raised eyebrows over the past two weeks. Ocasio-Cortez, who boasts over one million followers on Twitter, took to social media to call out a conservative journalist for poking fun at her clothing, tweeted out lyrics from the rapper Cardi B, lamented that she keeps getting mistaken for a spouse or intern and slammed e-commerce giant Amazon’s decision to locate half of its headquarters near her district in Queens.

Critics have been quick to seize on every botched statement made by Ocasio-Cortez — one of the potential drawbacks in publishing so much commentary on social media.

“YIKES: Ocasio-Cortez Fumbles Basic Civics TWICE In 1 Statement,” tweeted Palin, who was known for being gaffe-prone herself, after Ocasio-Cortez misspoke when describing the branches of government.

Ocasio-Cortez was quick to punch back, proving she is not one to be messed with in a fight.

“Isn’t it a little early to be bringing out the big guns?” she wrote of Palin’s tweet. “Especially when they look like the FWD:RE:FWD:WATCH THIS grandpa emails from the ‘08 election they lost.”

On Instagram, meanwhile, Ocasio-Cortez has been documenting her freshman orientation journey — or “Congress Camp” as she calls it — by snapping videos of her walking the underground hallways, posting pictures of her “squad,” and showing off her “swag bag.”

She even has been using a closed-captioning app so the deaf community can follow along.

Her unconventional approach to politics has given her supporters a peak behind the curtain of an institution that has long been cloaked in secrecy, and where senior lawmakers are wary to show the public how the sausage gets made in Washington.

“I didn’t go into it with some grand strategy,” she added, “but this is the value I’ve been hearing from a lot of people.”

Other millennial rising stars in the House have taken a much more traditional approach, learning the ropes and playing the inside game rather than trying to raise their national profile. Despite his last name, Rep. Joe Kennedy (D-Mass.), 38, has kept a low profile during his six years in Congress: He’s been quietly building relationships with colleagues, fought Medicaid cuts, opioid addiction and family separations at the border, and avoided any bid for leadership.

Reporters often ignore him in the Capitol.

Another New Yorker, GOP Rep. Elise Stefanik, 34, whom Ocasio-Cortez will replace as the youngest women ever elected to Congress, has been leading GOP outreach efforts to women and young people. She’s also a co-chair of the centrist Tuesday Group. But she’s kept her head down the past four years, focusing on issues important to her upstate New York district like funding for the Army’s Fort Drum.

While other incoming freshman might be inspired to follow the Ocasio-Cortez model, her aggressive, outspoken style has already rankled some of her other Democratic colleagues, particularly her protest on Day One.

“It’s rubbing a lot of people the wrong way,” said one of her young

Democratic House colleagues. “It’s one thing to hold protests when you’re not in Congress; it’s another thing to work hard, negotiate and make change happen through legislation when you make it to Congress.

“Most lawmakers, including freshman, know that their constituents want results — not just rhetoric,” the Democratic lawmaker said.

Ocasio-Cortez also got off to a rocky start with some of her fellow colleagues in the New York delegation. Not only did she knock off Crowley, a powerful New York party boss and beloved figure in the broader Democratic Caucus; she didn’t call back some of her Empire State colleagues after they left voice messages congratulating her, sources said.

She apparently later smoothed things over when she joined her New York colleagues at a reception at the Freehold restaurant in Brooklyn, hosted in her honor by Rep. Nydia Velazquez (D-N.Y.).

On Wednesday, Ocasio-Cortez also announced she would support Nancy Pelosi for Speaker.

“She’s enthusiastic,” said Rep. Lois Frankel (D-Fla.), 70, the co-chair of the Bipartisan Women’s Caucus which hosted a breakfast for Ocasio-Cortez and other newly elected women. “She reminds me of me when I was young.”

Wao! Congratulations Alexandria Ocasio-Cortez! Looking forward to interviewing you for this newspaper!