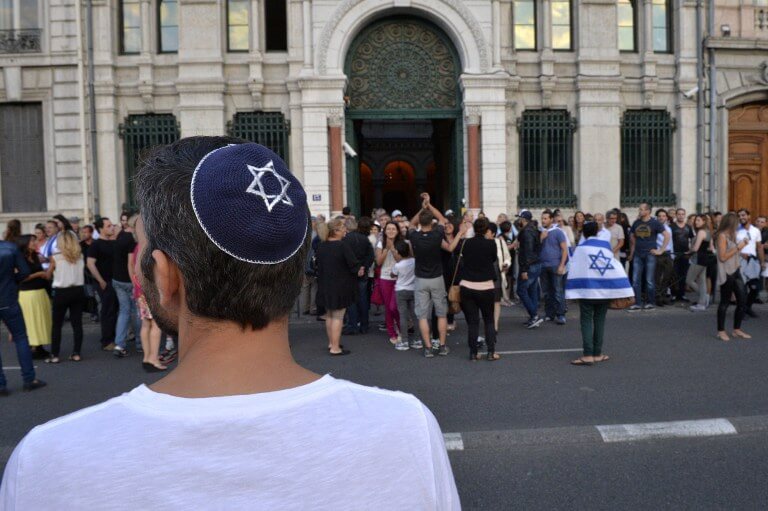 Between Sept. 7 and Sept. 20, 2018, pollster ComRes conducted a poll in Europe on behalf of CNN about anti-Semitism, which yielded surprising results.

In the poll, 7,092 adults in Austria, France, Germany, Great Britain, Hungary, Poland, and Sweden were interviewed online, according to CNN.

The verdict is that anti-Semitic ideology is present among Europeans.

More than 25 percent of surveyed Europeans think that the Jewish influence in business and finance is extreme and they have too much influence in worldwide conflict.

Among those polled, 20 percent believe Jews have too much impact in the media and in politics.

Further, 33 percent of Europeans said they knew barely anything at all about the Holocaust, especially amongst France’s younger generation, where only one out of five people ever heard of the Holocaust.

Around 33 percent of the Europeans who had heard of the Holocaust believe the Jews used it to their benefit to gain positions of power.

In Austria, Hitler’s birthplace, 12 percent of those polled were oblivious to the Holocaust and four out of ten polled said they knew “just a little” about the Holocaust.

In Europe and in general, around 50 percent of those polled claimed to know “a fair amount” about the Holocaust and around 20 percent said they know “a great deal.” Two-thirds of the Europeans who were familiar with the Holocaust believe it is important to remember it, so history never repeats itself.

Among those polled in the home of the most lethal concentration camp of all, Auschwitz, Poland, 80 percent believed in the importance of Holocaust remembrance to avoid such an event occurring again.

Just 54 percent of Europeans believe Israel has the right to exist as a Jewish state.

Some 33 percent think that Israel uses the Holocaust to excuse its actions and uses anti-Semitism to shut down criticism.

Approximately 40 percent said Jews were in danger of racist violence in their countries, and half believe their governments should do more to fight anti-Semitism

In all of the countries polled — with the exception of Hungary — the majority of respondents said they had a satisfactory view of Jews.

The poll also asked Europeans about their beliefs and feelings about other groups of people.

Around 66 percent of those polled grossly overestimated the number of Jews in the world or even in their own country.

According to a study by Pew Research Center’s Global Religious Landscape, only about 0.2 percent of the world is of Jewish descent.

Israel is the only country in the world where more than two percent of the population is Jewish.

Around 60 percent of Germans, Austrians, and Poles said they had never met or socialized with a Jew and around 50 percent of those in Britain, France, Hungary, and Austria said the same.

This poll was conducted prior to a gunman entering a Pittsburgh Jewish synagogue on Oct. 27, 2018, and opened fire, killing 11 people in one of the deadliest attacks on Jews in U.S. history.