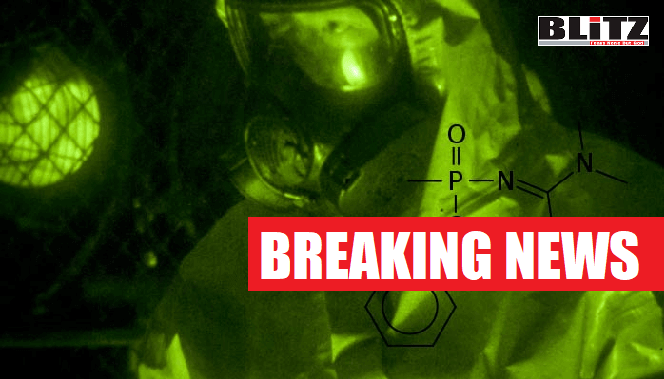 Recently, a top-secret intel communication of Pakistani espionage agency Inter Service Intelligence (ISI) has been intercepted by an intelligence agency, where it was learned that Pakistan is plotting series of nerve agent attacks on India during the upcoming Durga Puja, one of the biggest Hindu religious festivals.

According to information, for months, ISI has been contacting a number of its contacts in Kerala, Assam and Kolkata with the blueprint of attacks on the Hindu temples and makeshift temples mostly in West Bengal under a secret plot named as ‘Orange Air’. At least eight people are already recruited to launch the attack, while they are maintaining communication with an ISI operative code-named Vikas, via Telegram apps. The real identity of Vikas has also been revealed. He is a Colonel of the Pakistan Army and is on deputation in ISI. He has been frequently visiting UAE, Sri Lanka and Nepal under the disguise of a textile businessman.

Pakistan had earlier collected a dangerous chemical weapon named ‘Novichok’ from an underworld mafia network in St Petersburg in Russia.

The nerve agents were designed as part of Soviet program codenamed FOLIANT. Five Novichok variants are believed to have been adapted for military use. The most versatile is A-232 (Novichok-5). Novichok agents have been used on the battlefield. The British government determined that a type of Noviochok agent was used in the poisoning of Sergei and Yulia Skripal in Salisbury, Wiltshire, England in March 2018. It was unanimously confirmed by four laboratories around the world, according to the Organization for the Prohibition of Chemical Weapons (OPCW). Novichok was also involved in the poisoning of a British couple in Amesbury, Wiltshire, four months later, believed to have been caused by nerve agent discarded after the Salisbury attack. The attacks led to the death of one person, left three others in a critical condition from which they recovered, and briefly hospitalized a police officer. Russia denies producing or researching agents “under the title Novichok”.

Novichok has, however, been known to most western secret services since the 1990s, and in 2016 Iranian chemists synthesized five Novichok agents for analysis and produced detailed mass spectral data which was added to the Organization for the Prohibition of Chemical Weapons Central Analytical Database. Previously, there had been no detailed descriptions of their spectral properties in the open scientific literature. A small amount of agent A-230 was also claimed to have been synthesized in the Czech Republic in 2017 for the purpose of obtaining analytical data to help defend against these novel toxic compounds.

According to a classified (secret) report by the US Army National Ground Intelligence Center in Military Intelligence Digest dated 24 January 1997, the agent designated A-232 and its ethyl analog A-234 developed under the Foliant program “are as toxic as VX, as resistant to treatment as soman, and more difficult to detect and easier to manufacture than VX”. The binary versions of the agents reportedly use acetonitrile and an organic phosphate “that can be disguised as a pesticide precursor.”

According to chemical weapons expert Jonathan Tucker, the first binary formulation developed under the Foliant program was used to make Substance 33 (VR), very similar to the more widely known VX, differing only in the alkyl substituents on its nitrogen and oxygen atoms. “This weapon was given the code name Novichok.”

According to Vladimir Uglev, who worked on the development of Novichok, it is very stable with a slow evaporation rate and can remain dangerous for years once deployed. Insufficient research has been conducted to fully understand its persistence in various situations in the environment.

According to the intercepted intel report, agents of ISI will be visiting various temples and makeshift temples during the Durga Puja festivals with bottles of disinfectants. But, in reality, those bottles will contain Novichok, which would be sprayed on various metal objects in the temples. It may be mentioned here that, during the coronavirus pandemic, many people are carrying bottles of disinfectants, which is not an object of suspicion to the members of law enforcement or security agencies.

Devotees coming into physical contact with those metallic objects containing Novichok would immediately turn sick and this can create a massive havoc to the Indian authorities once the number of victims is large enough.

Pakistani ISI is targeting of getting “hundreds of Hindu devotees” attacked by this nerve agent.