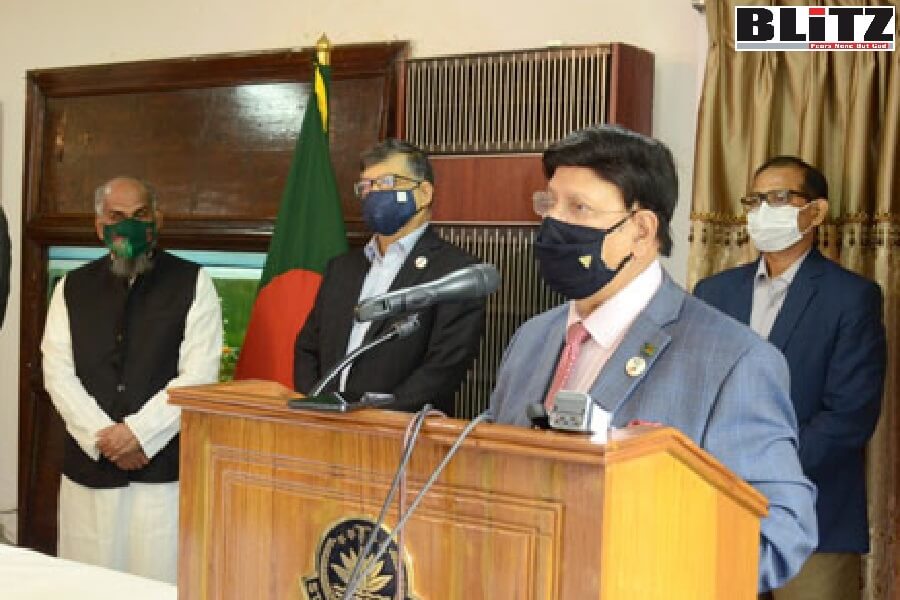 Palestinian policymakers want Bangladesh authorities to prosecute its nationals for attempting to visit Israel. It said, no Bangladeshi can visit Israel as the country does not recognize the Jewish State.

Meanwhile, Bangladeshi Foreign Minister AK Abdul Momen during handing of relief materials and cash to Palestinian envoy Yousef Saleh Y Ramadan said, “If anyone (Bangladeshi citizen) goes to Israel without the government’s permission that person will be liable to be prosecuted. There has been instance before”.

The government never gave permission to anyone to visit Israel. “We remain very strong. Everybody knows it,” he added.

He said this is the responsibility of the Home Ministry to enforce the law.

The foreign minister said, passport is an identity of a citizen which doesn’t relate to foreign policy of a country.

It may be mentioned here that, during the time of Bangabandhu Sheikh Mujibur Rahman, Bangladeshi passports were valid for “All countries of the world except South Africa, Taiwan and Israel”. Later, South Africa was omitted while Bangladesh had established diplomatic relations with the country. Later, ‘Taiwan’ was also dropped from the list, although Bangladesh has never recognized Taiwan, as according to Foreign Minister AK Abdul Momen, “passport is an identity of a citizen which doesn’t relate to foreign policy of a country”. But, since Taiwan’s name was dropped from the Bangladeshi passports, there has not been any travel restriction, while Bangladesh also is continuing economic and trade relations with Taiwan.

Earlier, any Bangladeshi attempting to visit Israel was prosecuted under the Passport Act, as the Bangladeshi passport holders were not allowed to use it for visiting Israel.

According to latest statement of Bangladesh Foreign Minister AK Abdul Momen, if any Bangladeshi national will attempt to visit Israel without government’s permission, s/he shall be prosecuted.

Earlier, Palestinian envoy Yousef Saleh Y Ramadan during a press conference said, he would demand clarification from Bangladesh for dropping “except Israel” words from Bangladeshi passports.

Yousef SY Ramadan termed the omission of the words “unacceptable” and dismissed the claim that the move was necessary to meet global standards. Palestinian authorities also pursued Bangladesh to re-incorporate “except Israel” words in the e-passports.

Foreign Minister Dr AK Abdul Momen had expressed his displeasure over the remarks made by Yousef SY Ramadan, the Palestinian envoy in Dhaka, on the omission of the words “except Israel” from Bangladeshi passports.

“It doesn’t make a difference to us what an ambassador, or anyone else for that matter, says [on the issue],” Dr Momen told the media.

Bangladesh is a sovereign nation and it decides its own foreign policy, he added.