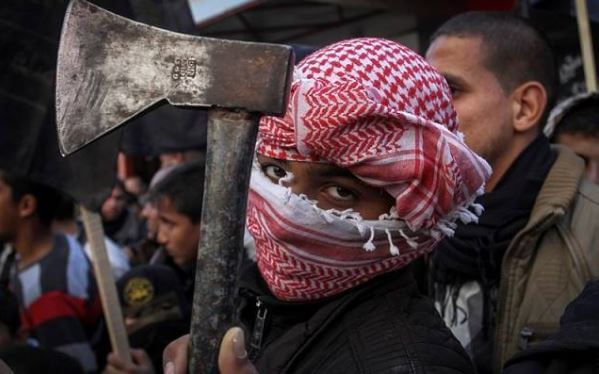 Something funny happened the other day. Something kind of silly, somewhat bizarre and highly amusing. Palestinian Authority spokesman Saeb Erekat, who I was sure resigned about 20 years ago, condemned the results of the Israeli elections, saying it was a “vote against peace and for the occupation.”

I always find it amusing when a representative of a fascist dictatorship comments on the results of a democratic election. Because when was the last time there were any elections under the Palestinian Authority—a supposed government that represents a nation that didn’t exist until a few decades ago when a strategic decision was made to create the Palestinian nation as a way to destroy the Jewish one, creating Palestine in order to destroy Israel.

Now many in the world would argue that the election of a supposedly right-wing government would be a blow to peace. But it’s the opposite.

History shows that every single time in modern Israel’s history there were efforts made for peace, the Arab countries and entities rejected it at every opportunity.

In 1949, at the end of the War of Independence, they chose to keep the state of war with Israel after failing to destroy it. In 1967, after Israel’s emphatic victory against their combined forces, they rejected negotiations and normalization and peace talks. After Israeli Prime Minister Rabin signed the disastrous Oslo agreement in 1993, rather than embracing the opportunity, they set up a terrorist infrastructure in Israeli territory in order to destroy it with unrelenting terror attacks. In 2000, they rejected Ehud Barak’s far too generous offer of most of the areas of Judea and Samaria, responding instead with a renewed intifada that led to more than 1,000 Israelis being murdered.

When Ehud Olmert offered something similar, Palestinian Authority leader Mahmoud Abbas didn’t even bother responding. That terrorist infrastructure created as a result of Oslo continues to be felt today—where Israel fights to prevent terror attacks daily—most of which no one would even have heard of. The Palestinian leadership today pay those who murder Jews and the families of those murderer,  teaching their children that Israel can only be “liberated” by blood.

And in the north and in Gaza, another terror entity. Hamas, aims thousands of rockets at Israeli cities and towns, as well spends inordinate sums of money to build underground tunnels across Israel’s border meant to launch further attacks on nearby civilian communities. And for the past year, it has promulgated a weekly “March of Return” campaign at the border security fence, putting Gazans at risk by arming them with explosives and incendiary devices, and instigating even children to breach the border.

Most Israelis have always jumped at the opportunity for making peace with their neighbors, but they have also come to understand that peace with terrorists hell-bent on their destruction is an elusive pipe dream that will never come from appeasement or weakness or pressure from world bodies who understand nothing of the people who live there.

And peace is the one thing the Palestinians have never sought, along with a democratic process and an embrace of human rights for all its citizens. So those who say the election of a right-wing government prevents peace fail to understand the nature of the enemies Israel faces.

The truth is: Just as the Hamas terrorist group said the other day—something with which I agree—it makes no difference who is elected in Israel for the Palestinian national goal remains the same as it always was: the destruction of the Jewish State of Israel.

Justin Amler is a noted South African-born, Australia-based writer and commentator on international issues. You can find more in-depth articles on Israel and the Middle East @en.mida.org.il.