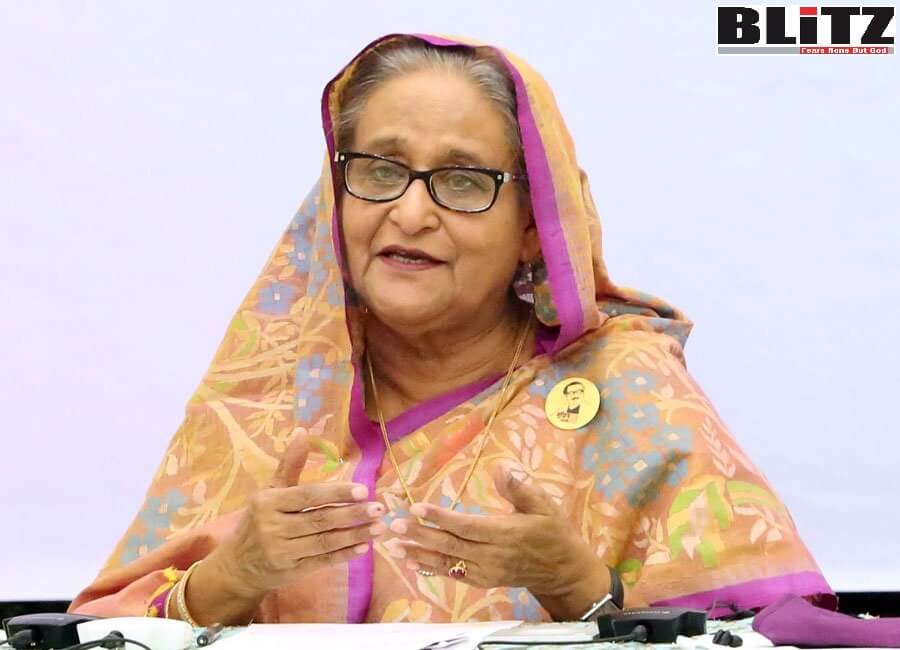 Prime Minister Sheikh Hasina said the people involved in vandalizing Hindu temples must face exemplary punishment, calling upon all to work in unison and remain vigilant to stop recurrence of such heinous acts.

“We have already taken proper measures (against ransacking of Hindu temples). Those who carry out such incidents will definitely be traced out as we did in the past. Exemplary punishment will be given to them irrespective of their religions so that none can dare to do so in future,” she said.

The Prime Minister said this while exchanging greetings with leaders of the Hindu community being connected virtually with the Dhakeshwari National Temple marking the Sharodia Durga Puja from her official Ganabhaban residence.

Terming the incident of vandalizing temples in Comilla “very unfortunate”, Sheikh Hasina said, “Massive investigation is going on into the matter. We’re getting much information (regarding the incident). This is an era of technology and those involved in the incident will definitely be found out using the technology.”

The Prime Minister said the people irrespective of caste, creed and religion in Bangladesh celebrate all festivals together, adding, “Religion is for individuals and festival is for all and we enjoy every festival together.”

But, there are a few cliques who are out to destroy the spirit by staging some communal incidents, she said.

“Some people are religiously blind and they always want to create communal conflicts. These people belong not only to the Muslim community, but also to all other religions. In that case, if we all work together, they can’t commit any harm,” she said.

The Prime Minister said the Comilla incident occurred at a time when the country was progressing towards development at full speed and it was aimed at hampering the journey of the nation’s uplift and creating a problem in the country.

“Those who can’t earn the confidence and trust of the people and have no politics and ideology can commit such incidents,” she added.

As a Hindu community leader sought the government’s intervention in view of the information that some people are planning to attack them during immersion of the idols of goddess Durga on Friday, the Prime Minister said they are aware of it and measures have already been taken to this end.

She called upon the leaders of Hindu community, particularly the Bangladesh Puja Udjapon Committee, to formulate a policy to determine how many Puja mandaps will be set up across the country to celebrate the Durga Puja keeping in mind the constraint of security personnel to ensure safety and security of the mandaps.

The Prime Minister called upon the Hindu community not to consider them as minority and perform their religious rituals with the same rights enjoyed by followers of other religions as they have born and brought up in the country and fought shoulder to shoulder to liberate the country during the Liberation War.

“We believe that those who are born on the soil of this country and who are its children will practice their respective religions freely,” she said.

In this connection, the prime minister recalled Father of the Nation Bangabandhu Sheikh Mujibur Rahman, saying that he had turned Bangladesh into a secular country by incorporating the matter in the constitution.

“Bangabandhu wanted the people of all faiths to perform their respective religions freely,” she added.

Describing Bangladesh as a country of religious harmony, the Prime Minister said that people of Bangladesh will perform their religious rituals with dignity and sincerity.

Sheikh Hasina renewed her determination to build Bangladesh as a peaceful country where there will be no room for militancy and terrorism.

The Prime Minister said: “Our aim is to build Bangladesh with that thought and spirit with which Bangabandhu brought independence for the nation … We want Bangladesh to be established as a hunger- and poverty-free developed and prosperous country as dreamt by the Father of the Nation.”

Highlighting various measures taken by her government for uplift of the Hindu community, she said that her government was committed to ensure welfare of all irrespective of caste, creed and religion.

Sheikh Hasina said the dignity of Bangladesh has been established in the global stage as it has turned into a developing nation, adding, “We want the country to be a developed and prosperous one by 2041 with upholding the dignity.”

The Prime Minister said that they have adopted Delta Plan-2100 and are implementing it so that the country can continue its progress and prosperity in the future in line with the plan.