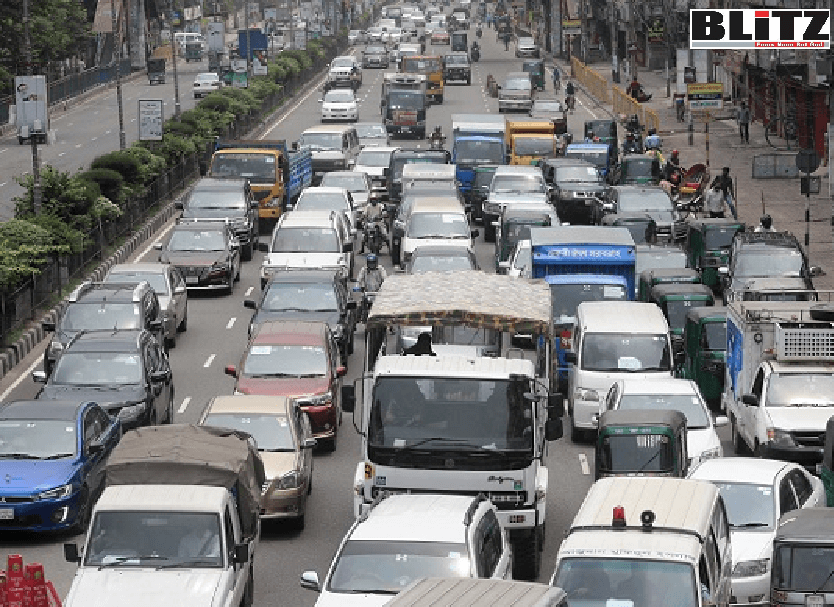 The dawn to dusk ‘Hartal’ enforced by Hefazat-e-Islam in the country did not make any impacts on people’s mindset as the movement of vehicles across the country including the capital was normal.

Though the turnout of plying the public transport was a little thin in the morning, but it continued to increase as the day progressed.

Except for one or two isolated incidents, all types of vehicles including public transport, CNG, motorcycles and private cars were moving normally in the capital.

Although traffic in Narayanganj was normal, the inter-district buses used Sultana Kamal Bridge route via Demra Road from Sayedabad in the city, he said.

Police members were on high alert across the country, including in the capital in the wake of Hefazat riots in Chittagong and Brahmanbaria.

A large number of police were deployed at various points in the capital since Sunday morning.

Meanwhile, in the morning, public transport, CNG and private cars were seen plying on the main roads of Kalyanpur, Technical, Gabtali and Shyamoli as Hefazat leaders and activists were not seen in those areas.

Motijheel Deputy Commissioner of Police Syed Nurul Islam said that the situation was a little bit challenging in the afternoon when Hefazat supporters marched out from Baitul Mukarram mosque and again moved to the north gate of the mosque.

However, no untoward incident had taken place there, he added.

Many policemen were deployed at the north and south gates of Baitul Mukarram and Paltan mor. Traffic was normal on all roads except the road adjacent to Baitul Mukarram.

Road Transport and Bridges Minister Obaidul Quader called upon the people to be united under the leadership of Prime Minister Sheikh Hasina to resist the evil communal forces.

“ I urge the people, including all quarters, on behalf of the pro-liberation force to be united under the leadership of Bangabandhu’s daughter Sheikh Hasina to resist violence unleashed by the communal evil forces,” he said in a discussion organized by Bangladesh Awami League marking the Independence and National Day at its central office here.

Referring to the mayhem staged in Dhaka, Chattogram and Brahmanbaria by the anti-India communal forces, Quader, also general secretary of the ruling Awami League, said they are envious of success of the golden jubilee celebration of independence and BNP is the patron of these evil forces.

“Has BNP any moral right to celebrate the golden jubilee of independence?’ asked the AL general secretary and said when BNP announced the program for celebrating the occasion, a question arose before the nation about its moral ground.

After the assassination of Father of the Nation Bangabandhu Sheikh Mujibur Rahman, the senior ruling party leader said, BNP founder Ziaur Rahman brought religious character instead of non-sectarian secularism in the state, sharing the power of the state with identified war criminals.

Even later, Begum Khaleda Zia, wife of BNP founder Ziaur Rahman, honoured the anti-liberation forces by appointing them as ministers of her cabinet.

Law, Justice and Parliamentary Affairs Minister Anisul Huq said the government would take stern action against those who will try to hinder law and order.

“Those who are trying to spoil the celebration of Golden Jubilee of country’s independence are surely not showing any respect or affection
towards our motherland. Government is very aware about upholding the freedom of speech and press freedom. We would not stop any small section of the society from giving their speeches, but would take strong action if they try to hinder the law and order,” he said.

The minister said these while talking to newsmen after inaugurating BEPZA Helpline for the laborers working in EPZ’s organised by Bangladesh Export Processing Zones Authority (BEPZA) at the capital’s Green Road area.