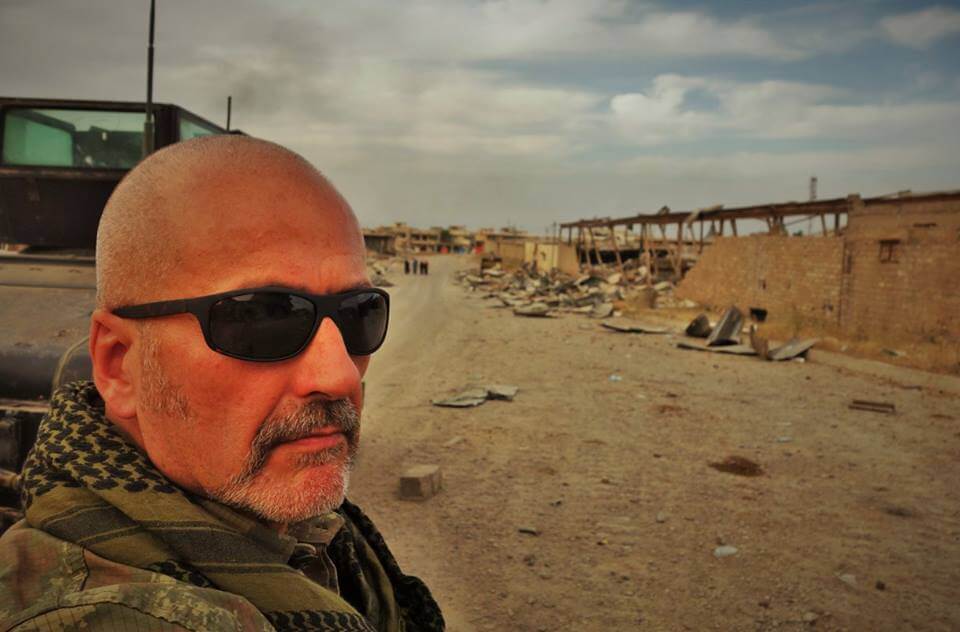 Internationally acclaimed journalist, writer, strategist and TV producer Pierre Chiartano has recently joined the team of Blitz, the most influential newspaper in Asia.

He has been guest in several TV programs, among them Rainews24, Turkish Radio Television, Rai1, SH TV and spoke in conferences focused on political/security issues. With his wide international connections, Pierre Chiartano is considered as one of the best strategists and analysts in the Western nations.

He also has embedded training with Italian Army (Folgore/Carabinieri) and holds Commercial Pilot license (Ifr/multi-e/Cfi) and has served in Italian Air Force.

Since starting its journey in 2003, Blitz has been always looking for having internationally acclaimed journalists, writers and media personalities in its team. Moreover, this newspaper has emerged as a platform to promote prospective new reporters, writers and columnists.

During its regular editorial meeting, team-members of Blitz have expressed gratitude to Pierre Chiartano for joining this newspaper.

Blitz, the only newspaper in Asia that is recognized by the West as an authentic source of information.  Blitz is known globally for its unique and strict editorial policy for which this newspaper never publishes any content against Judaism, Zionism or the State of Israel. Currently, Blitz desists from writing anything on issues in the South-East Asia due to the very polarized political situation in the region. Blitz has an unfaltering stand against political, radical Islam and Islamic militancy, and wholeheartedly defends the Land of the Zion and Jerusalem and the newspaper operates from Bangladesh- the 4th largest Muslim country in the world (in terms of population)!

South Asia is home to around 460 million Muslims. In this region, all the newspapers (including a section of Israeli press) feel subdued by the menace and barking of radical Islamists and hesitate uttering a single word that defends Jews and Zionists and confronts Holocaust denial. However, Blitz strongly defends the religious minority groups in Bangladesh and elsewhere in the world, and gallantly publishes contents which other newspapers in South Asia, let alone Bangladesh, do not dare publishing.

Although Jews have a formidable position in global economy and the technological world, Jews and Zionists still get little or no support from media. Blitz has constantly been trying since 2003 to break this wall of isolation.

Blitz exposes the sinister motives of political Islamists and for this the Editor of the newspaper, Salah Uddin Shoaib Choudhury, has faced charges of treason, sedition and blasphemy and had faced 7 years of rigorous imprisonment. Blitz office in Dhaka was also bombed by militant Islamist groups in 2006.

Blitz has signed an agreement with the HT (Hindustan Times) Syndication since 2009. These agreements will increase Blitz’s global readership and subsequently the voice of Israel and the Zionists will reach to more people across the world. HT syndication works with more than 800 news agencies, newspapers and news portals around the world, including Reuters, Fox News etc.