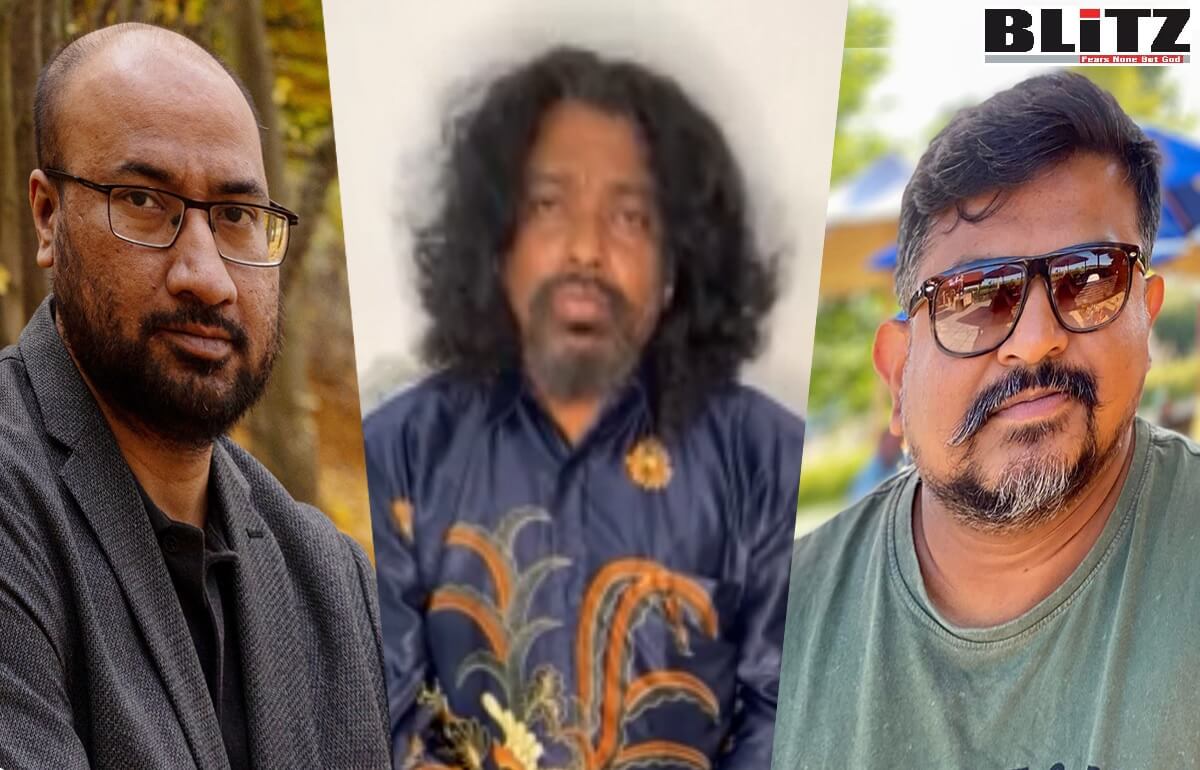 Who is Zulkarnain Saer Khan Sami?

Zulkarnain Saer Khan Sami, a man with dangerous crime past who had earlier been deported from Hungary for involvement in series of criminal activities including drug trafficking, maintaining connections with terrorist groups, and running sex rackets have recently sought asylum in the United Kingdom.

According to information, Zulkarnain Saer Khan alias Zulkarnain Sami, alias Sami alias Tanvir Md. Sadat alias Tanvir, a the self-styled “research analyst at Al Jazeera’s i-Unit”, is also falsely proclaiming as “Bangladeshi investigative journalist”, despite the fact that he has never been a journalist in Bangladesh or elsewhere.

As his false claim of a “research analysts at Al Jazeera’s i-Unit was exposed by this newspaper, the Qatari broadcast network had raised objection and instructed Sami to refrain from such false claims. Accordingly, he has removed this information from his social media accounts.

Sami was introduced to Qatari terror-broadcast network Al Jazeera initially by another dubious individual named Tasneem Khalil, who during his student life was associated with a pro-Caliphate organization named Hizbut Tahrir. It may be mentioned here that, Hizbut Tahrir denounces democracy and empowerment of women and aspires to bring the entire world under the flag of Islamist Caliphate. In his personal life, Tasneem Khalil proclaims himself as an anarchist, while he faces allegations of sexual perversion.

Despite the fact that father’s name of Zulkarnain Saer Khan Sami alias Tanvir Md. Sadat is Mohammed Abdul Baset Khan. But in his passports Sami has on-purpose changed his father’s name to “Colonel Wasit Khan” with the ulterior motive of dodging law enforcing agencies from getting hold of his criminal records.

It is learnt from credible sources, with the ulterior agenda of getting asylum in the United Kingdom, Zulkarnain Saer Khan Sami has not only produced several forged documents along with his asylum petition, he also has provided false information and suppressed his past crime records.

Sitting in Dhaka, Hasinur Rahman reportedly also runs anti-India and anti-Awami League propaganda through social media as well as secret Telegram channels. He is a diehard supporter of ‘Love Jihad’ and notorious Ghazwatul Hind or Ghazwa-e-Hind project of Islamist militancy groups, that aims at Islamic conquest of India.

We have received evidence of Hasinur’s telephonic conversation with a notorious Islamist terrorist discussing about inciting jihad in Bangladesh against Indian Prime Minister Narendra Modi and Hindus.

Who is Tasneem Khalil?

A self-proclaimed anarchist Tasneem Khalil who runs a website named Netra News has been continuing vile propaganda against Bangladesh and democratically elected secularist government. Although Netra News is http://www.ned.org/receiving US$700,000 every year as grant from the National Endowment for Democracy (NED), he being the Editor-in-Chief of this website, along with few other individuals are using the American tax payer’s money towards fulfilling his personal vendetta and political agenda of Bangladesh Nationalist Party (BNP), Jamaat-e-Islami and other Islamist-jihadist forces in demonizing ruling Awami League and members of the Bangladesh government.

With American tax payer’s money, Tasneem Khalil and others are running Netra News almost like propaganda website of Al Qaeda, Islamic State (ISIS) and other jihadist outfits, with the notorious agenda of unseating the democratically elected government in Bangladesh.