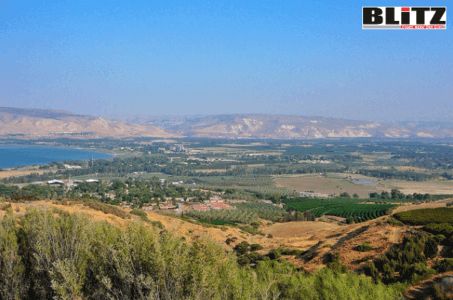 Beyond its unquestionable vitality for Israel’s security, the Jordan Valley in its full geographical scope can accommodate millions of Israelis and national infrastructure that cannot be compressed into the coastal plain. If PM Netanyahu’s declaration of sovereignty is not immediately borne out by a surge of building and focused governmental support, it will sputter and die.

PM Netanyahu’s promise to apply sovereignty to the Jordan Valley is worthy of praise. The reasons for doing so were already evident to PM Levi Eshkol in the immediate wake of the 1967 the Six-Day War, and were fully fleshed out in the Allon Plan. As the plan stated: “The eastern border of the state of Israel must be the Jordan River and a line that crosses the Dead Sea in the middle…. We must add to the country—as an inseparable part of its sovereignty—a strip approximately 10-15 kilometers wide, along the Jordan Valley.”

The plan was presented to the government headed by Eshkol, who, with his Mapai mindset, chose to introduce it without putting it to a vote. Typically for those days, the plan moved immediately to the implementation stage, and a settlement infrastructure was built that has existed ever since. In line with the plan, the Allon Road was paved and the Jordan Valley communities were built along Road 90 and the Allon Road.

In the Knesset debate on the Oslo Interim Agreement in October 1995, PM Rabin, about a month before his assassination, outlined his position and stated: “The security border of the State of Israel will be located in the Jordan Valley, in the broadest meaning of that term.” The notion of applying sovereignty to the Jordan Valley has always enjoyed a broad national consensus.

It was PM Ehud Barak (1999-2001) who breached that consensus for the first time. Since then, his relinquishment of the Jordan Valley has been incorporated into the Clinton Parameters (December 2000) and into the basic international conception of the peace process, which views it as a cornerstone of the two-state solution.

After the peace treaty with Jordan in 1994, and especially after the collapse of Saddam Hussein’s army in the Iraq War (2003), it has been increasingly argued that the threat of an eastern front had passed and controlling the Jordan Valley was no longer crucial to Israel’s security. As former head of Central Command Maj. Gen. (res.) Amram Mitzna put it: “When long-range missiles can be fired, strategic depth is of no importance. Agreements will give us more security than strategic depth.”

Even then, this argument was divorced from a basic understanding of the phenomenon of war. Since that time, in light of the lessons of the Palestinian terror war (euphemized as the al-Aqsa Intifada), the upheaval known as the “Arab Spring,” Hezbollah’s enormous missile arsenal, and the strengthening of the rocket/missile threat and of Hamas itself, as well as Tehran’s growing expansionism, which could deploy Shiite militias in a new front along Israel’s main national artery (Highway 6), the Jordan Valley’s status as a vital Israeli security interest has only increased.

Most advocates of a Palestinian state say it will be demilitarized and unable to threaten Israel’s security. During the Oslo Process years, the PLO feigned acceptance of demilitarization, signing a number of agreements to this specific effect, only to flagrantly violate them as the West Bank and Gaza were transformed into hothouses of terror. The failure of the UN forces in Lebanon to carry out Resolution 1701 ending the 2006 Lebanon War, which was supposed to prevent Hezbollah from arming itself in the south of that country, shows why proposals to deploy international forces in a similar role in the Jordan Valley cannot guarantee a true demilitarization. Thus the Jordan Valley, as a buffer zone controlled by the IDF, is an existential necessity when it comes to Israel’s security.

In addition to the security issue, the Jordan Valley in its full geographical scope can house millions of Israelis and provide a location for national infrastructure that cannot be compressed into the coastal plain. Currently, Israel’s north and south, the Galilee and the Negev, are connected almost exclusively by congested traffic arteries located in the coastal plain. With its constantly increasing population density, Israel is in need of an additional route – namely, Highway 80, which is waiting to be paved from Arad in the south to Gilboa in the north. In an era of peace, a developed infrastructure of roads in the Jordan Valley could once again turn the Land of Israel into a vital land bridge between Asia and Africa.

This pioneering vision has awaited fulfillment for many years. If Netanyahu’s declaration of sovereignty is not immediately borne out by a surge of building and focused governmental support, it will sputter and die.

In an article entitled “Seedling of the Soul,” David Ben-Gurion declared: “This is a Zionist state, which is obligated to perform an act of creation. It is an act with two aspects: the ingathering of the exiles and the building up of the wilderness.” The Jordan Valley has been waiting too long for Zionist action.