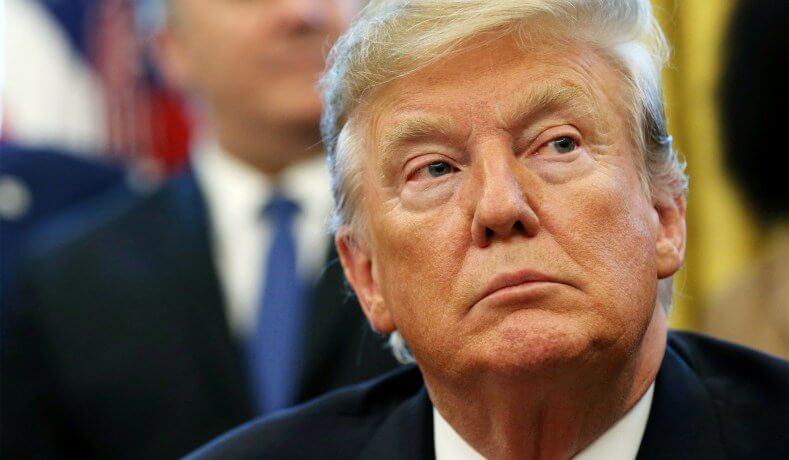 Being approached by a group of six influential members of the United States Congress, President Donald Trump and his administration are now actively considering taking certain stern measures in addressing “threats to democracy” in Bangladesh.

In a letter to US Secretary of State Mike Pompeo on Monday, the members of the House Foreign Affairs Committee voiced concern over the status of democracy in Bangladesh and called upon the Trump administration to address “threats to democracy” in the country. They also highlighted reports of election fraud, rigging and voter suppression over the December 30 polls and urged the Department of State to “take action”.

The allegations of widespread rigging and voter suppression must be taken seriously, says a US Congress press release having a copy of the letter.

“We are gravely concerned by the negative trajectory of democracy in Bangladesh and request an outline on how the Department intends to respond to this trend, particularly in light of the serious allegations that the outcome of the December 2018 elections lacked credibility,” the US lawmakers said in the letter.

Asserting that supporting democracy, rule of law, and human rights in the Indo-Pacific region is critical to advancing US interests, the Congressmen said the reports of widespread irregularities in Bangladesh’s recent elections seriously threaten those important interests.

In another development, a top Pentagon commander also expressed concern over the December 30 polls, saying that Prime Minister Sheikh Hasina “is trying to achieve a de-facto one-party rule”.

US Navy Commander and Indo-Pacific Command chief Admiral Philip S Davidson expressed the concerns in his deposition to the Senate’s Armed Services Committee during a Congressional hearing on Tuesday.

“Bangladesh’s December 30 elections point to concerning trend of consolidation of power by the ruling Awami League and raise fears that PM Hasina is aiming to achieve a de facto one-party state,” he told the Senate’s Armed Services Committee in his prepared remarks.

The top US commander also said the humanitarian crisis caused by the presence of more than 700,000 Rohingya refugees from Burma (Myanmar) in Bangladesh has strained the Government of Bangladesh.

“Military-to-military engagement with Bangladesh fits into a broader strategy and commitment to uphold an international, rules-based order in the vital Indo-Pacific region and contributes to building a regional security framework,” he added.

Philip Davidson’s deposition was followed hours later by the bipartisan group of the six Congressmen, led by Eliot Engel, who chairs the powerful Foreign Affairs Committee of the House, writing to Mike Pompeo seeking “a timely response” to protect democracy in Bangladesh.

Observing that Bangladesh has a strong and proud democratic tradition, the lawmakers said they are particularly dismayed that the campaign leading up to the election was marred by violence, mass arrests, and a crackdown on free speech.

According to press accounts, when polls across the country officially opened, reporters found that some ballot boxes looked suspiciously full. There are reports that AL activists barred some people from voting, claiming that the polling stations were closed for lunch or had run out of ballots, it said.

“Some voters were even told their votes had already been cast. To make matters worse, the Government of Bangladesh failed to grant credentials and issue visas to most international election monitors, including those funded by the United States.”

There will be a series of elections taking place this year in Asia, including in Afghanistan, Indonesia, the Philippines, and Thailand. It is crucial that the US demonstrate its continued commitment to and respect for democratic institutions, beginning with Bangladesh, the Congressmen added in the letter.

Earlier, on December 31, 2018, Congressman Eliot Engel in a statement said, “I congratulate the many Bangladeshis who fulfilled one of the most important responsibilities of living in a democracy: Voting. However, the violence that marked the campaign was troubling and serious allegations of voter fraud have emerged in many parts of the country.

“Bangladesh has a strong democratic tradition that includes strong voter participation.  This commitment to democracy is important, but it is just as important for every citizen’s vote to count equally.  It is critical that Bangladesh’s elections be seen as free and fair and for the outcome to be credible to the Bangladeshi people.”

Following the recent threats on the Ahmadiya Muslim community in Bangladesh by pro-Caliphate Hefazat-e-Islam and a number of radical Islamic groups, members of the United States Congress already have expressed grave concern and are also going to ask the Trump administration to look take appropriate measures to ensure protection and safety of the members of this persecuted community in Bangladesh.

According to credible sources, following receipt of the letter from the influential members of the United States Congress and a deposition made by US Commander Philip Davidson, President Donald Trump and his administration are now actively considering certain “urgent measures” in protecting “democracy in Bangladesh”.

The source hinted, a statement from the US administration would be issued within next few days calling upon the Bangladesh government to immediately take effective measures in “restoring democracy” in the country.