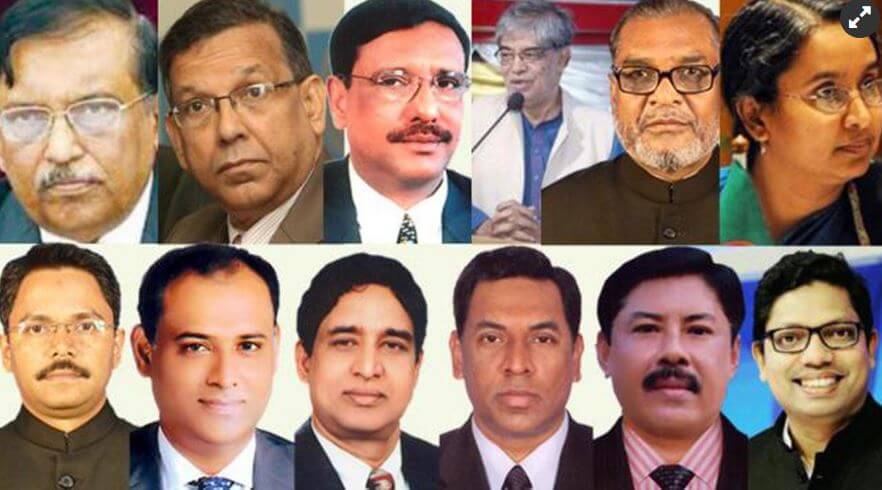 Prime Minister Sheikh Hasina has once again exhibited her magnanimous leadership qualities and charisma by dropping most of the controversial figures from the previous cabinet and has included several new faces in the cabinet that will take oath on tomorrow. According to the statement issued by the government, a total number of 31 faces are included in the 47-member cabinet. The new cabinet will be comprised of 24 ministers, 19 state ministers and 3 deputy ministers.

Cabinet Secretary Mohammad Shafiul Alam announced the names of the lawmakers to be inducted in the new cabinet.

Below is the full list of the new cabinet:

Those who are dropped:

There is no Jatiya Party lawmaker in the new cabinet as the party has aleady announced that it would act as a “real and effective” opposition party in the 11th parliament.