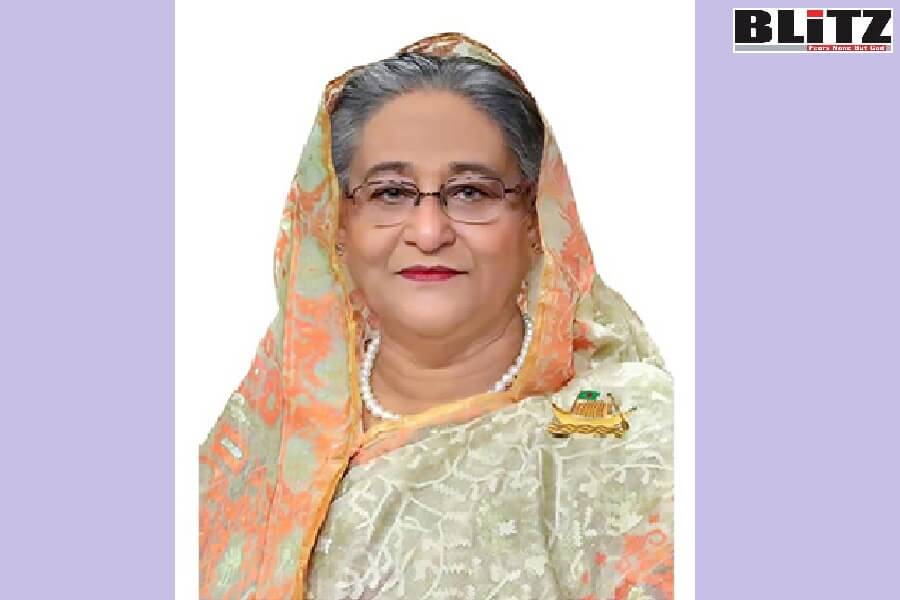 Prime Minister Sheikh Hasina has again stood with humanitarian support beside the country’s destitute and vulnerable people hit hard by the second wave of Covid-19 pandemic to ease their hardship in this difficult time.

The prime minister herself has been monitoring the humanitarian assistance activities along with providing necessary directives, aiming to offset the adverse impact of the deadly virus attack.

To this end, the prime minister will provide financial help of Taka 2,500 each to some 36 lakh severely-affected families, as she has reassured the nation that her government remained beside the people asking them “not to be panicked”.

While talking to a group of newsmen at his office on Thursday afternoon, he said temporary workless, low-income, destitute and vulnerable people along with other groups in society across the country are getting this assistance.

As part of the efforts to minimize the sufferings of low-income people and daily wage earners amid the lockdown, the PMO secretary said, the Ministry of Disaster Management and Relief at the instruction of the prime minister has started distribution of Taka 590 crore from the beginning of the current shutdown across the country.

In addition to it, he said, the prime minister also allocated Taka 10.50 crore from her “Relief and Welfare Fund” against all the deputy commissioners aimed at giving assistance to the poor, distressed, insolvent and floating people affected by the ongoing lockdown enforced to check further spread of the coronavirus.

Beside, the premier on Sunday would launch the second phase of financial assistance distribution to some 36.50 lakh families who have been hit hard by the ongoing coronavirus pandemic, informed the PMO Secretary.

The disbursement of cash support would be channeled through G2P (Government-to-Person) using mobile financial services (MFSs) in the wake of the fresh surge of deadly coronavirus.

“To this end, the premier has allocated Taka 912.50 crore where each family would receive Taka 2,500,” Tofazzel said.

Earlier last year, when the first wave of Covid-19 hit the country, the prime minister provided cash support of Taka 2,500 each to 36.50 lakh poor families and vulnerable groups across the country.

In addition, different government entities have also kept running their safety net activities and in some cases those have been expedited, said the PMO Secretary.

“Prime Minister’s humanitarian assistance activities will continue so that the mass people don’t face any hardship,” he added.

Not only the general people but also the journalist community has been given financial assistance. The prime minister with own initiative has provided Taka 10 crore to the Journalist Welfare Trust for the betterment of the community.

Replying to a query, the PMO secretary said the government introduced a call centre ‘333 service’ mainly targeting the middle class people who can’t seek assistance for hesitation and embarrassment.

If anyone seeks help by dialing 333, the district administration will provide them with assistance keeping their identities hidden, he added.

Moreover, since the beginning of Covid-19 outbreak, the prime minister has been putting emphasis on producing more food grains and that’s why she has taken prompt measures again like during the first wave of virus attack.

“Already 80 percent of the paddy has been harvested in haor areas due to timely monitoring of the prime minister,” Tofazzel said.

Getting instructions from Prime Minister Sheikh Hasina, also the president of ruling Awami League(AL), leaders and activists of different associate bodies of AL such as Krishak League, Jubo League, Chhatra League, Swechchaasebak League got voluntarily involved in paddy harvesting across the country during this ongoing shutdown.

It was able to tackle the impacts of the pandemic successfully last year because of some timely measures taken by the prime minister along with the cooperation of all.

In an nationwide address on the eve of Bangla New Year 1428, Prime Minister Sheikh Hasina highlighted four main principles adopted by her government to combat the possible adverse impacts of coronavirus on the economy.

These are: increase of government’s expenditure; prioritizing ’employment generation’ for this expenditure; formulation of financial assistance packages; revitalizing economic activities, keeping the labourers and workers engage in works and upholding the competition efficiency of entrepreneurs; expansion of social safety net programmes to meet the basic necessity of the people living under poverty line, day labourers and the people involved with non-institutional activities; and raise the money supply keeping inflation under control.

The government is implementing its programmes in line with the four principles, and the prime minister has already announced a total of 23 stimulus packages of Taka 124,053 crore alongside taking initiative of maintaining uninterrupted output in the factories and boosting agriculture production.

Besides, in the first wave of Covid-19, a total of nearly 2.5 crore people including day labourers, transport workers, hawkers, rickshaw pullers, school and madrasa teachers, students, Imams and Muazzin along with people of other religious organizations, journalists and other low-income people have been brought under the government’s assistance due to prime minister’s humanitarian assistance initiative.

Like Loading...
Recommended for you:
Continue Reading
Advertisement
You may also like...
Related Topics:Ministry of Disaster Management and Relief, Prime Minister Sheikh Hasina, Prime Minister’s Office