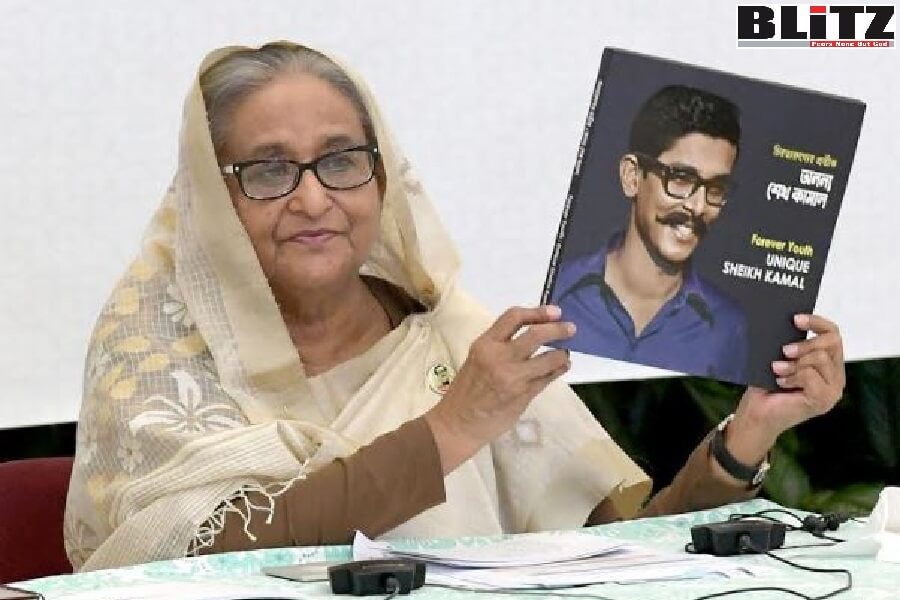 Editor of the memorial book State Minister for Youth and Sports Md Zahid Ahsan Russel, MP, presided over the function.

Former Vice-Chancellor of Dhaka University and Chairman of the BSS Board of Directors Professor Dr AAMS Arefin Siddique wrote preface of the book that demonstrated the life and works of multitalented Sheikh Kamal along with brief narration of different aspects of his life through photographs.

Under the overall supervision of Senior Secretary of the Youth and Sports Ministry Md Akhter Hossain, Joyeeta Publications published the 108-page book.

The price of the book has been fixed at Taka 2,000 while it is available at the office of Joyeeta Publications at 20-21 Bangabandhu Avenue in the city.

Born on August 5 in 1949 at Tungipara in Gopalganj, Bangabandhu’s eldest son Sheikh Kamal was very much enthusiastic about different sports including football, cricket, hockey and basket-ball. Kamal was the founder of Abahani Krira Chakra and a founder-member of Dhaka Theatre.

After passing secondary examination from Shahin School and higher secondary exam from Dhaka College, Sheikh Kamal obtained his Bachelor of Arts from the Social Science Department of Dhaka University.

He was also a student of Setar musical department of Chayanat, a reputed cultural entity in the country.

Since Sheikh Kamal was active in student politics, he served as an executive member of the central committee of Bangladesh Chhatra League (BCL), the student wing of Awami League (AL).

Sheikh Kamal was commissioned in the Muktibahini after receiving training from the first war course in the independent Bangladesh and served as ADC of General MAG Osmani, the commander-in-chief of the Liberation War in 1971.

After the country’s independence, Sheikh Kamal retired from the army and paid attention to the study.

Kamal was a Master’s (final year) examinee and a member of the Jatiya Chhatra League central committee, a wing of Bangladesh Krishak, Sramik Awami League (BAKSAL), when he embraced martyrdom on August 15 in 1975 at the age of 26.