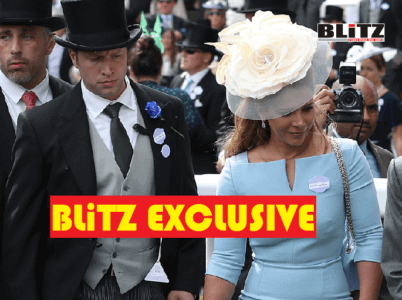 Jordan’s controversial Princess Haya Bint Hussein, who has been living in Britain for the past few months and finally has managed a diplomatic post from her half-brother King Abdullah II as the Deputy Chief of Mission at the Jordanian embassy in London, the notorious Princess now is actively conspiring of getting Dubai’s ruler Sheikh Mohammed Rashid al Maktoum assassinated. According to information, Haya’s lover Russell Flowers has been assigned to make assign a number of contract killers to assassinated Sheikh Mohammed Rashid al Maktoum. Accordingly, Flowers has established contact with a racket in Russia’s St Petersburg underworld with the help of one of the retired agents of British MI6. Mahra alias Christina with her boyfriends

The source said Princess Haya and her full brother Prince Ali is determined in seeing Sheikh Maktoum dead. They already have allocated the required budget for the purpose.

Meanwhile, at the advice of Princess Haya, her full brother Ali has recruited a European woman for establishing contact with one of Sheikh Maktoum’s daughters in Greece. It may be mentioned here that, once of Sheikh Maktoum’s wives is Zoe Grigotakos. But a palace source told this correspondent that Zoe Grigotakos has never been Sheikh Maktoum’s wife. Instead, she was hired by him for several months. She has a daughter named Christina, who also is known as Mahra bint Mohammed al Maktoum. Christina alias Mahra was born of February 26, 1994 and has been living with her mother in Greece.

According to information, Zoe Grigotakos was originally presented to Sheikh Maktoum by one of his Greek friends. Subsequently, as the Dubai ruler liked her behaviour, he had hired her for some moths as a royal comfort woman. There is an unknown number of comfort women of most of the wealthy Arabs.

Sheikh Maktoum had given a substantial amount of money to Zoe while he took care of the education of Mahra, who was born out of Zoe’s days with Maktoum. Later Mahra had been baptized and became Christina. But she has been still pretending to be one of the “Shaikhas” and even claims to be a member of the Dubai royal family.

Mahra with another boyfriend

A credible source told this correspondent that in personal life Mahra aka Christina is an alcoholic and a party-girl.

According to information, the British intelligence agency is already aware of Princess Haya and her full brother Prince Ali’s secret conspiracy of getting Sheikh Mohammed Rashid al Maktoum assassinated. It also is aware of Princess Haya’s secret communication with some of the personal staffs of Sheikh Maktoum. But surprisingly, London has not communicated this message to Dubai.

A source claimed, few of the members of the British royal family though are inclined towards Princess Haya, they are hesitant in showing such feelings openly fearing adverse reaction from the wealthy Dubai ruler as well as other Arab monarchs. It is anticipated that Princess Haya might be advancing with the assassination plot at the suggestions of any of her friends inside the British royal family.

A source said, Mahra has been regularly visiting India, where she has lots of friends. She is particularly attracted to Hindu religion and it is even rumored that one of her many boyfriends in Indian.