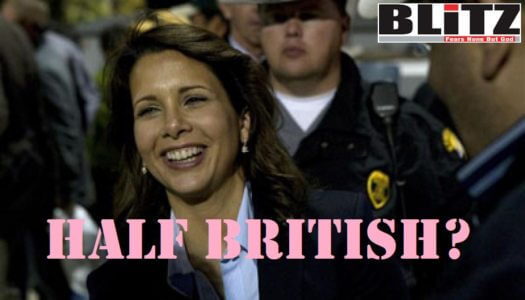 While the July 30 date of the divorce hearing between Dubai ruler Sheikh Muhammed Al Maktoum and his sixth ‘junior wife’ Princess Haya Bint Al Hussein is approaching fast, some of the media outlets are making frantic bids in proving her as half-British. But according to documents, this claim has already been found to be totally baseless. Although a section of the British media had earlier claimed Princess Haya to be “half British” stating her mother Alia Baha Ud-din Toukan alias Queen Alia Al-Hussein to be British national, our team of investigative journalists could not find any such evidence of Princess Haya’s mother to be a British national.

Sayyid is an honorific title denoting people accepted as descendants of the Islamic prophet Muhammad and his cousin and son-in-law Imam Ali through his grandsons, Hasan ibn Ali and Imam Husayn ibn Ali, sons of Muhammad’s daughter Fatimah and Ali.

Her father was former Jordanian ambassador to the Court of St James’s (United Kingdom), Italy, Turkey, and Egypt. Alia was born in Cairo, Egypt in December 1948. Her father was a Palestinian from Nablus, who had settled in Salt, near Amman. He served King Abdullah I, helped write the Jordanian Constitution and was Jordan’s first Ambassador to the United Nations.

She spent most of her childhood years traveling with her parents during her father’s career in Jordan’s diplomatic corps: she lived in Egypt, Turkey, London, the United States, and Rome. She attended Church School in London with her younger brothers, Alaa and Abdullah. She was educated at the Rome Center of Liberal Arts of Loyola University Chicago. She studied political science with a minor in social psychology and public relations at Hunter College in New York. She was interested in sports and writing, and she wished to be a diplomat. In 1971, she moved to Jordan, where she worked for Royal Jordanian. She was asked by King Hussein bin Talal to oversee the preparations for the first International Water-Skiing Festival held in Aqaba in September 1972.

Princess Hays is no half-British

Neither Princess Haya’s father Sayyid Baha Ud-din Toukan or her mother are Hanan Hashim British nationals. They are purely are Arabs.

While many of the supporters and promoters of Princess Haya Bint Al Hussein are trying to show her as a moderate Muslim having respect of other religions, it is actually a documented fact that she actually bears Palestinian blood and has exhibited her strong support for Hamas and the Palestinians during her best days as being the active wife of the ruler of Dubai.

Princess Haya has been planning to flee since 2017

Although some of the media outlets are making unsubstantiated claim of Princess Haya Bint Al Hussein fleeing Dubai after hearing “some disturbing facts about Princess Latifa Al Maktoum, available evidences clearly show she actually was planning to flee Dubai ever since she had developed romantic relationship with her bodyguard Russell Flowers, the former infantry soldier of the British Army. With this plan in mind, Princess Haya started removing photographs of her with Sheikh Mohammed Maktoum and she even had removed pictures with her children from the front page of her official website’.

According to several credible witnesses inside the Dubai palace, Princess Haya Bint Al Hussein had never been either sympathetic towards Princess Shamsa or Latifa and had even had taken all possible initiatives whenever there had been any hue and cry in the media or human rights groups centering Shamsa and Latifa.

A source even confirms that Princess Haya was asked by her boyfriend Russell Flowers to leave her son and daughter with their father Sheikh Muhammed Maktoum and “begin a new life” in Britain after getting married. It also said, being a descendant of the prophet of Islam and someone bearing Palestinian blood, Princess Haya had clearly expressed her reservation about marrying Russell Flowers unless he would get converted into Islam.

Princess Haya was fully aware of Tiina Jauhiainen being working for UAE spy agency against monthly salary equivalent to US$ 15 thousand. According to a report published in Blitz, Tiina Jauhiainen, the most dubious individual who has been making tons of money by selling fake stories centering Princess Latifa is actually working for UAE’s intelligence agency named UAE State Security (USS).

It was Princess Haya who had first suggested the Dubai royals to silence Hervé Jauber, the former French-American Naval intelligence official and a firsthand witness of the Princess Latifa case.

It may also be mentioned here that, Tiina Jauhiainen had suggested the UAE State Security to “eliminate” Hervé Jaubert right after he was arrested along with others from the yacht and Tiina even had reminded USS that Hervé Jaubert may become a “huge headache” for Sheikh Mohammed Makthoum and the members of the Dubai royals, if he was allowed to leave the country following return of Princess Latifa to Dubai.

It is important to note that the UAE authorities plotted the drama of fleeing of Princess Latifa and they had held a series of secret meetings with Tiina Jauhiainen before the Princess finally fled the country and got caught in the yacht. The reason behind this plot was to use the fleeing of Princess Latifa and her being brought back as a warning to other members of the royal family to know, they can never flee the country. Even Tiina Jauhiainen’s statement saying “Sheikh Mohammed is one of the most powerful people in the world and he can get you even in Finland”, was actually dictated by the UAE State Security (USS) to leave a strong message for anyone in the world to know, anyone doing anything against the United Arab Emirates can be nabbed by “one of the most powerful” person in the world. While people took Tiina Jauhiainen as a simple and even kind-hearted person, they never realized – she actually was a paid agent of the UAE secret service.

Princess Haya made a deal with Mary Robinson

When the international media, including several rights groups and even the United Nations, turned extremely worried about the safety and whereabouts of Princess Latifa, at the request of USS, Princess Haya had contacted her old friend Mary Robinson and hired her against a handsome amount of cash for releasing cover-up still photographs with Princess Latifa. Although Ms Robinson quickly came under controversy centering this issue, none of the journalists in the West had ever investigated the matter. Similarly, no one had even investigated Tiina Jauhiainen, her source of earnings and the cash and property she is owning.

It may be mentioned here that, Tiina Jauhiainen, the Finnish trainer of Afro-Brazilian martial art of capoeira has purchased several properties in Spain with laundered money.

Clearly, Princess Haya fled Dubai with millions of dollars, most of which she had earned through corruption and stealing. In the eyes of the law, she not only is a woman of disgrace, but she also is a criminal who deserves to be deported to Dubai to face the legal proceedings.

If the British authorities and the policymakers consider corruption and criminal activities, including money laundering and moral turpitude as a serious crime, they definitely should reject the asylum plea of Princess Haya and send her back Dubai where she needs to prove herself innocent.