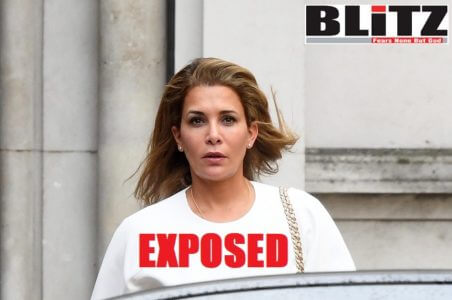 It is no secret that Dubai ruler Sheikh Mohammed bin Rashid al Maktoum’s sixth junior wife Princess Haya has extreme intimacy with Prince Charles. There is a rumor about Haya making frantic bids of luring Prince William into her romantic trap a few years back when the two spent some hours watching a horse race. According to one of Princess Haya’s ex bodyguards, during watching the horse race tournament, Haya sat near to Prince William and at one point started whispering. “Her eyes were filled with luster and anyone could understand, she wanted Prince William in her bed”, the source said.

Now, after sensing that the United Kingdom authorities may not jeopardize relations with the United Arab Emirates by inclining towards Princess Haya, she has started manipulating her previous intimacy with Prince Charles and even has attempted in getting Queen Elizabeth in her side.

Princess Haya bint al-Hussein left the royal palace in Dubai for Germany in May and then headed to London with the couple’s two young children. The princess, who is the daughter of the late King Hussein of Jordan, has been living in a $136-million mansion overlooking Kensington Palace.

According to analysts, the marital breakdown has attracted global attention mainly because of Sheik Mohammed’s enormous wealth and power – he is also the Prime Minister of the United Arab Emirates (UAE) – and the couple’s ties to the British Royal Family. The dispute could also strain relations between Britain, Jordan and the UAE, which includes Dubai among its seven emirates. Sheik Mohammed’s position as a regional power broker could also be threatened.

It added, Sheikh Maktoum and his family have been instrumental in helping to transform Dubai into a commercial hub that did business with most nations in the region. But falling oil prices and the UAE’s growing hostility toward Iran and Qatar have curtailed Dubai’s economy and weakened Sheik Mohammed’s standing. It was greatly anticipated by the media that Sheikh Maktoum’s position would be eroded further once divorce proceedings had revealed discord and salacious details about the royal household as well as the murder of Sheikh Maktoum’s daughters – Sheikha Shamsa and Sheikha Latifa inside the Dubai royal palaces.

For years Princess Haya, 45, and Sheik Mohammed, 70, looked like a happy couple. They married in 2004 in a lavish ceremony in Amman, and Princess Haya became the sheik’s sixth and junior wife. She’s the half-sister of Jordan’s current monarch, King Abdullah II. While the marriage was seen as cementing relations between Jordan and the UAE, in reality, it was the idea of Princess Haya and her brothers to establish marital relations with the Dubai ruler with the ultimate target of extorting hundreds of millions of dollars. Princess Haya has succeeded in influencing Sheikh Maktoum in donating generously into the organization the Jordanian royals had established in the memory of King Hussein. It is also learnt that Princess Haya had succeeded in getting millions of dollars from Sheikh Maktoum for mega-terror outfit Hamas. Princess Haya and the members of the Jordanian royal family are particularly biased towards Hamas and those Palestinian terrorists.

Sheikh Maktoum’s daughter Sheikha Latifa was murdered in February 2019 by the female maids in the palace.

Their marriage is believed to have broken down over Ms. Haya’s increasing concern about the treatment of one of the Sheik’s other daughters, Latifa bint Mohammed al-Maktoum. She ran away from the palace last year but was captured by Indian Coast Guard officers and UAE naval ships while sailing on a yacht off the coast of Goa, India. Attacking a US flag carrier yacht was a clear violation of the international maritime law for which Captain of the vessel Herve Jaubert is currently planning legal actions.

Latifa, 33, recorded a video before she fled in which she denounced her father and alleged that she had been jailed and tortured after an earlier attempt to leave. “If you are watching this video, it’s not such a good thing,” she said in the recording. “Either I’m dead or I’m in a very, very, very bad situation.”

She said that she had also been deeply affected by the mistreatment of her 37-year old sister, Shamsa bint Mohammed bin Rashid al-Maktoum, who tried to run away from the family’s estate in Britain in 2000 but was apprehended on a street in Cambridge and returned to Dubai. She has not been seen in public since. The UAE government has insisted that both women are “adored and cherished by their family” and that Ms. Latifa had been exploited by a man who wanted a US$100-million ransom.