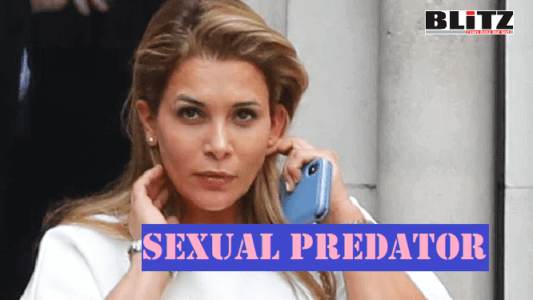 Considering the billion-dollar trade with the United Arab Emirates as well as Dubai ruler Sheikh Mohammed Rashid Bin Maktoum’s billions of dollars investment in Britain, London did not even think twice while rejecting the asylum petition of Princess Haya Bint Al Hussein, despite the fact that several extremely influential British friends of Princess Haya, including Prince Charles had frantically tried to get the asylum petition accepted.

According to sources in Jordan, Princess Haya’s full brother King Abdullah bin al-Hussein has given Haya a management job at the Jordanian Embassy in London. King Abdullah II was almost compelled in issuing this appointment letter at the desperate efforts of Haya and her full brother Prince Ali. It is further learnt that, prior to signing the appointment letter, King Abdullah II has categorically told his half-sister Haya that she should refrain from damaging the reputation of the Jordanian embassy in London and should not repeat her previous habit of romancing and sleeping with her so-called lovers. A station chief of the Jordanian intelligence agency inside their embassy in London has been asked by King Abdullah II to send reports of the activities and movements of Princess Haya, during her tenure as a diplomat inside the embassy.

Haya is going to abuse her diplomatic immune

Prior to signing the letter of appointment, the Jordanian king was warned by an official of the intelligence agency that the 45-year-old Princess may tarnish the image of Jordan by turning her diplomatic residence in London into a mere pleasure house, while she also may date with Russell Flowers and any other future lovers right inside the embassy compound.

Seeking anonymity, one of the members of the Jordanian embassy in London told this correspondent that ever-since they heard about the appointment, they are feeling “extremely uncomfortable”. He said, “This appointment puts a massive burden on us [Jordanian diplomats in London] as we neither can stop her from her habit of sexual adventures, nor we can report about any such incidents to Amman. Princess Haya is like the Julian Assange to us now. Ecuador embassy in here had endured terrible pains with that man [Assange] for years – now we are going to face ever worst form of sufferings.

Princess Haya would be a defecto ambassador

Although King Abdullah II of Jordan has appointed Princess Haya into an administrative position in their London embassy, most of the members of the Jordanian embassy in London are saying, ultimately, she would emerge as the defecto ambassador and would make everyone hostage into her whims.

“We really cannot utter a word about any of her deeds and actions, since she is a Princess”, said a member of the Jordanian embassy.

It’s uncomfortable to work with a pervert

Talking to this correspondent, one of the top officials in the Ministry of Foreign Affairs in Amman said, “Though her age already has crossed 45, her past records show, Princess Haya has always been a sexual predator. She even compels some of her staff members in having physical relations. Immediately after her appointment, two of the members of the Jordanian embassy in London have expressed their strong willingness of returning to Amman, as they are afraid of falling prey of Princess Haya. We really don’t know what is going to happen. Possibly this woman will turn our embassy in London in a nightclub”.