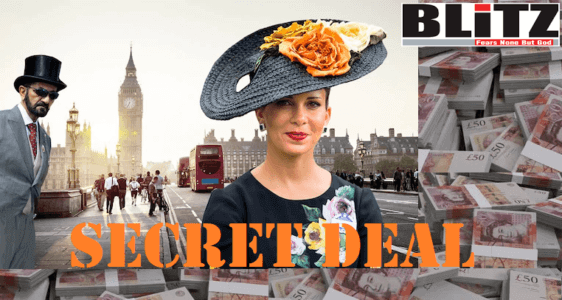 Princess Haya wants billions out of the court

Those who know Princess Haya Bint Al Hussein are aware of her unending greed towards money as well as her extremely rowdy lifestyle. In Dubai, most of the people know, the sixth wife of Sheikh Maktoum is an alcoholic and she was making tons of money by unethically manipulating decisions centering large purchase deals as well as development projects. Privately people were terming her as “Princess Percentage”.

Jordanians are, poor, and so dynastic and political factors may have played a part in Haya’s betrothal to the Dubai ruler. Princess Haya is 23 years younger than Sheikh Maktoum.

Those who personally know Princess Haya, they see her as an individual having the passion of buying luxuries and living the life of a Hollywood superstar. She always wants to use the opportunity of drawing the attention of others. For this reason, she had obtained an HGV license.

Being born in a royal family and raised in Britain, Princess Haya always wanted to accomplish her dreams – even wildest dreams, fantasies and wanted to taste every color of those fabulously wealthy lives.

The £85-million mansion in the ultra-exclusive Kensington Palace Gardens, where neighbors include Saudi royals, Russian oligarchs, and Indian steel magnates – where Princess Haya has been quite frequently staying during her best days being the most adored wife of the wives of the Dubai ruler. But of course, Haya had no headache for any of her husbands 23 children save the two she has. When she knew of the treatment of Sheikha Shamsa or later Sheikha Latifa, Princess Haya felt no pain as she thought it was essential for Sheikh Maktoum to punish his kids, who would show the audacity of fleeing home. Princess Haya could not even imagine – one day her own situation would be no better than Shamsa or Latifa. But until that day had arrived, Princess Latifa was enthusiastically standing in defense of her husband, Sheikh Mohammed bin Rashid al-Maktoum and even was mocking international media outcry or efforts of individuals like Herve Jaubert or Radha Stirling. Princess Haya did not leave any stone unturned to twist the fact about Sheikha Latifa and even had convinced Marry Robinson in visiting Dubai and grant a clean chit to the UAE royals on the Latifa case.

Marry Robinson even went on saying that Latifa was “clearly troubled” and was now in the “loving care of her family”.

Till date, no one knows the mystery behind such suspicious statement by the former politician although some people said – it was money which could buy anything – anyone.

Interestingly, some people are now relating to Princess Haya’s decision to flee Dubai and abandon her 15-year marriage with the disappearance from public life of her husband’s 33-year-old daughter, Princess Latifa as well Sheikha Shamsa.

The ruler of Dubai has 23 children and six spouses; Haya is sometimes referred to as his “junior wife”.  Last year there was an international storm when Latifa (like her older sister Shamsa before her) had attempted to escape Dubai and was forcibly brought back to the country.

As a high-profile BBC documentary also chronicled, Sheikha Latifa was forcibly returned to her father when the yacht in which she was traveling was seized in the Indian Ocean [jointly by Indian and UAE naval forces.

Princess Haya had been fronting Sheikh Maktoum’s efforts to counter allegations that he had kidnapped and was now imprisoning Latifa as punishment for wanting to escape the “gilded cage” of palace life in Dubai.

The inner circle of Princess Haya, especially her full-brother Prince Ali Bin Hussein are saying – only couple of weeks before she fled Dubai, the glamorous member of the royal family came to know certain extremely disturbing fact about Sheikh Shamsa and Latifa. And after Haya managed to flee, she has been using this information as the most effective tool in extracting money from her husband, Sheikh Mohammed bin Rashid al-Maktoum.

Princess Haya Bint Al Hussein has been demanding US$ 3 billion from the Dubai ruler as the price of remaining silent on the secrets she already came to know. If the negotiation succeeds – Princess Haya will never disclose to anyone. If fails – she may directly walk into the London Press Club and hold a press conference. But of course, as the matter is being negotiated between Sheikh Mohammed bin Rashid al-Maktoum and Haya’s representative – most possibly her own brother – Prince Ali Bin Hussein, the deal would finally be struck – much before July 30 hearing.