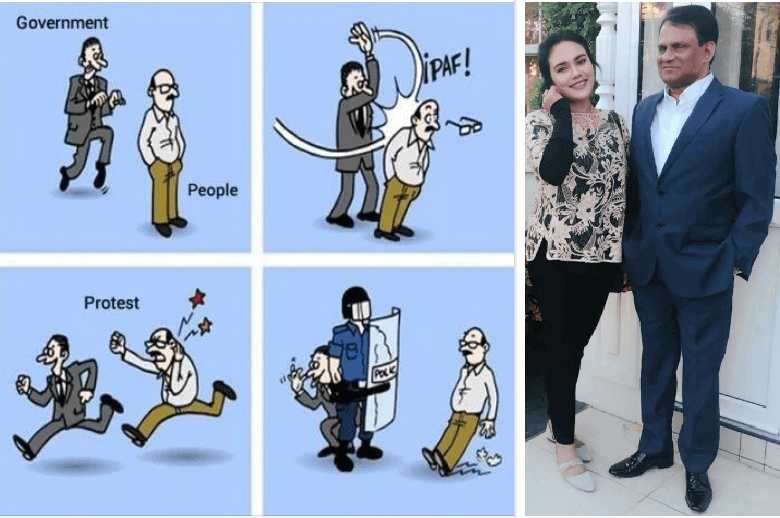 In Britain a family had entered in 2009 with tons of dirty money that they acquired through forgery, fraud, dealing in arms and drugs and multiple criminal activities. According to media reports, Md. Shahid Uddin Khan (Army No: BA002428, Course: 8-BMA, Commission Date: 10-06-1983), who along with his wife Farjana Anjum and daughters had smuggled out millions of dollars from Bangladesh and invested in various business ventures in the United Arab Emirates and the United Kingdom.

In 2009, he invested two million pounds in the United Kingdom in exchange for obtaining immigrant status under Visa Tier 1, vide VAF No. 511702. Later the family had laundered an unknown amount of money and brought that into the United Kingdom.

Counter-Terrorism and Transnational Crime (CTTC) unit of Bangladesh Police, based on secret information, raided House No. 184, Road No. 2, Baridhara DOHS in Dhaka, Bangladesh on January 17, 2019. This house is owned by Md. Shahid Uddin Khan and was allegedly used as a warehouse for arms, explosives and propaganda materials of Islamic State (ISIS). During the raid, a large volume of weapons, detonator, counterfeit Bangladesh currency notes and jihadist materials of ISIS were recovered by the CTTC unit.

Courts in Bangladesh have convicted Md. Shahid Uddin Khan, his wife Farjana Anjum, daughters barrister Shehtaz Munasi Khan and Parisa Pinaz Khan on charges of forgery and fraud, while there is a number of criminal cases pending in Bangladesh, including serious allegations of money laundering and terror funding.

According to media reports, Khans also are having a huge amount of cash in a number of banks in the United Arab Emirates as well they also are accused of having business affiliations with notorious Dawood Ibrahim’s D-Company.

Britain’s popular news portal the Politicalite has been exposing the untold fact about the family through its hard-hitting investigative reports.

Seeking anonymity, one of the investigating agencies told this correspondent that they already are surprised seeing Khans owning properties in Britain worth millions of pounds although they did not even bring in one pound through the legal channel. It said members of this family are leading a very posh life, spending hundreds of thousands of pounds each year. As the family does not have any valid income to support such lavish expenditure, it is easily understood that they actually are involved in serious crimes, including trafficking in arms and narcotics.

Authorities may arrest Md. Shahid Uddin Khan and members of his family on charges of money laundering and terror-funding.