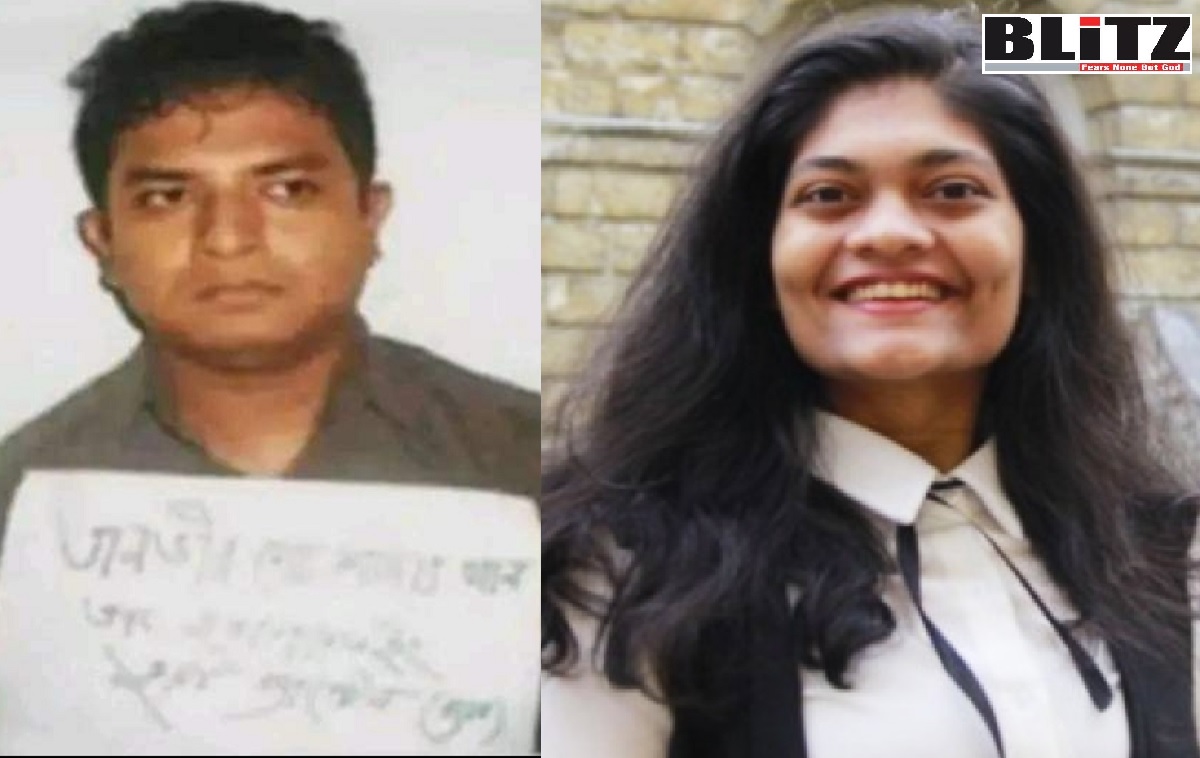 The best thing about posting about Kushal Baran Chakraborty, a teacher at Chittagong University, about his involvement with the top cadres of the extremist organization RSS in India and its Hindutva propaganda is that it has become clear that Kushal is in fact their best friend.

Kushal is now giving “dharna” to people who are involved in RSS and Hindutva propaganda in different places and sharing various news about me published with the help of Bangladesh government and asking people to post them again.

With such intelligence, it is difficult to come up with RSS propaganda. He has approached an individual who had to resign as president of the Oxford University Student Union over racist posts. The woman [Rashmi Samant] is so smart that she is sharing the news of the propaganda newspaper Blitz on her verified Twitter [account] stating I have threatened Kushal [Kushal Baran Chakraborty]!

Mr. Kushal can meet individuals like Yogi Adityanath, RSS hoodlum Keshab Prasad, Sanatan Vidyarthi with the secret plot of spreading Hindutva propaganda in Bangladesh and writing about this causes problem?

In the eyes of pro-jihadist culprit Zulkarnain Saer Khan Sami, Blitz is a propaganda newspaper! Why? Because it has been vigorously countering lies and vile propaganda of Sami and his jihadist cohorts. Sami’s June 27 Facebook post clearly proves his extreme hatred towards Hindus and India.

It may be mentioned here that, Sami, a the self-styled “research analyst at Al Jazeera’s i-Unit”, is also falsely proclaiming as “Bangladeshi investigative journalist”, despite the fact that he has never been a journalist in Bangladesh or elsewhere.

Zulkarnain Sami, was expelled from Bangladesh Military Academy on charges of drug addiction.

Seeking anonymity, a senior journalist of Al Jazeera told this correspondent that Sami has been “repeatedly” sending emails to Al Jazeera stating “a large number of Hindus were being placed in important positions in Bangladesh by the current government” and Islam was “under threat” in the country.

It may be mentioned here that, back in 2007, the United States Congress passed a bi-partisan resolution HR-64/2007 in defense of Salah Uddin Shoaib Choudhury. Similar resolutions were passed by the European Parliament, UK Parliament and Parliament of Australia.

Despite the fact that father’s name of Zulkarnain Saer Khan Sami alias Tanvir Md. Sadat is Mohammed Abdul Baset Khan, in his passports Sami has on-purpose changed his father’s name to “Colonel Wasit Khan” with the ulterior motive of dodging law enforcing agencies from getting hold of his criminal records.

British, Indian and global media outlets need to further investigate the case of Zulkarnain Saer Khan Sami and expose this dangerous pro-jihadist and anti-Hindu individual. His asylum petition should be rejected by the British authorities and this man should be deported and sent back to Bangladesh immediately.