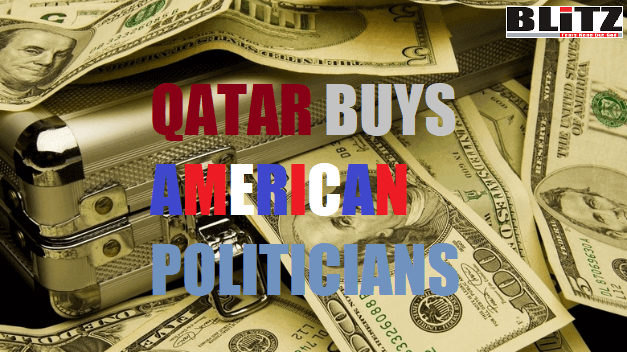 The office of U.S. Rep. Donald Norcross, D-N.J., told Al-Monitor it would amend its disclosure form to include the Qatari payment. U.S. Rep. James Himes, D-Conn., failed to disclose the trip. Rep. Brendan Boyle, D-Pa., received an extension until August to file his disclosure. Ben Smith of Buzzfeed, which co-sponsored the Doha Forum first acknowledged the trip in a Dec. 15 tweet.

Qatar is one of the biggest funders of the Muslim Brotherhood and is home to radical Sheikh Yusuf Qaradawi, who has been a major force in the movement for decades. Qatari money has funded numerous terrorist groups including Hamas and al-Qaida.

This is but one example of Qatar’s effort to buy power and influence in Washington. It spent nearly $5 million in 2017 on three Washington lobby firms seeking to improve its image. Qatari entities, including Barzan Holdings, Qatar Tourism Authority, Education Above All Foundation and Qatari businessman Hassan bin Ali spent $13 million overall for all of 2017 on behalf of the emirate, according to the watchdog site Open Secrets. They spent $9.3 million in 2018.

Pro-Qatari lobbying has been bipartisan. The Tablet reported in December that Nick Muzin, a former senior staffer for Republican Sens. Tim Scott and Ted Cruz became a lobbyist for Qatar.

Qatar also funds programs at the Brookings Institution and at U.S. colleges and universities, including Georgetown and Northwestern. Those schools have campuses in Doha and receive funding from the Qatar Foundation, which is controlled by the emirate’s royal family.