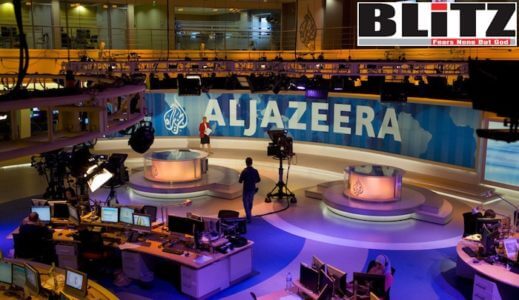 Qatar’s Al Jazeera propaganda outlet has carefully zoomed in on the niche demographic of progressives who love getting their news from a state sponsor of Islamic terror. Al Jazeera writes oodles and oodles of articles and stories about the wonders of feminism. But it’s a propaganda outlet for a totalitarian regime which forbids women from traveling without permission from a male guardian.

Qatar is the only GCC country that continues to implement male guardianship laws for female travel after Saudi Arabia lifted restrictions on Friday.

Saudi Arabia announced on Friday breakthrough changes to the Kingdom’s guardianship laws, allowing all citizens over the age of 21 – male and female – to travel freely without a guardian’s approval.

In Qatar, guardianship rules still limit women’s ability to travel. According to the Qatari Ministry of Interior’s website, single women under 25 years of age require a male guardian’s consent to travel outside the country.

Nothing says feminism like a mandatory male guardian for a 24-year-old woman. And nothing says hypocrisy like a political movement that claims to believe in equality for women, but has climbed into bed with a regime that prevents women from enjoying basic civil rights.