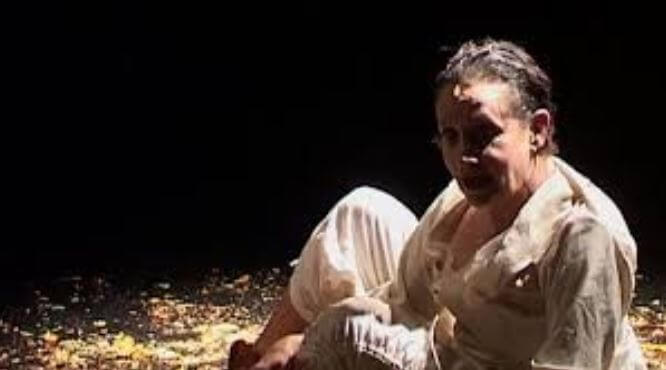 Glenda Jackson is and always was a magnificent actor. And she is currently strutting her considerable Stuff , “merely (a) player” on the world’s stage.

And yet. And yet.

Directed by Sam Gold, the casting was beyond politically correct. Women, beginning with Jackson, played male roles: Jane Houdyshell played the Earl of Gloucester, Ruth Wilson played the Fool, (rather charmingly, as a clownish tramp in Chaplin’s bowler hat and with a Cockney accent). Interestingly, men did not play the women’s roles—but given the zeitgeist, that’s only a matter of time. The future will soon circle back to the past when only men could play both the male and female roles.

On the other hand, I have no objection to gender bending on the stage and even less so if it’s well done. This was—and yet. It was done with such a heavy hand.

But there’s more. The Duke of Cornwall, Regan’s husband, (Russell Harvard) was a deaf mute; another actor, Michael Arden, “signed” and spoke for him. I do not believe Shakespeare had this in mind but we’re deeply into revising, modernizing, and doing away with the past.

One actor spoke with a pronounced lisp —he’s the “out” gay character.

At least six actors were African-Americans—and oh yes, there was original music by Philip Glass throughout.

Oh, dear me, there’s also this: They changed the script. The first Act was two hours long with no intermission. This is not Lear as I remember which always had five acts.

What would the Bard think? Is Shakespeare well amused or is he turning in his shroud?