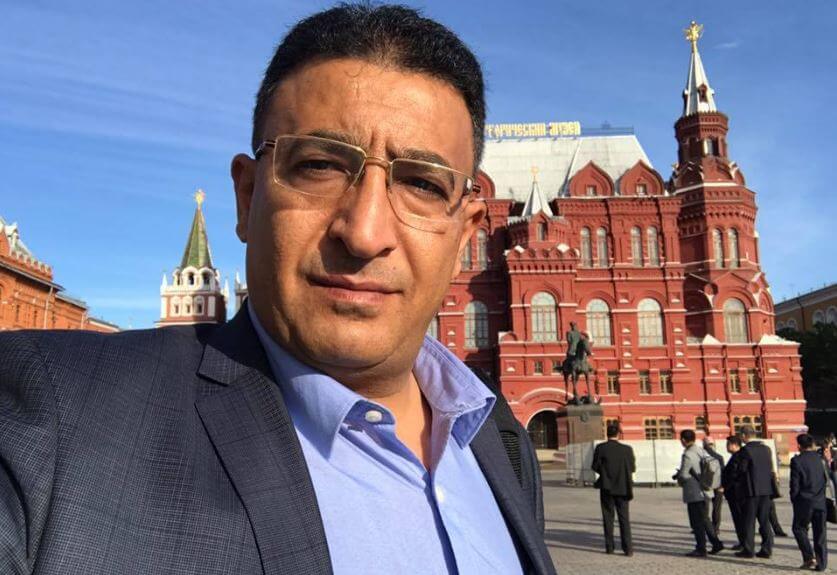 All of us are aware of the challenges that the world is facing due to threats posed by the radical Islam, enemies of Israel, antisemitism. There is notorious anti-Israel bias in the so-called mainstream media, where radical Islam and its fangs are getting alarming encouragement and patronization. We are aware of the connections between some members of the United States Congress and those lobbyists with ties with Al Qaeda and ISIS. We are aware of the recent nefarious remarks by neo-Nazi Louis Farrakhan. It reminds us of the 1943 Nazi’s printed “educational pamphlet” titled, “The Jew as World Parasite” (in German, “Der Jude als Weltparasit”). We are witnessing the disturbing activities of BDS and again the anti-Israel bias of the media centering the case of Lara Alqasem. Under such extremely adverse situation of insanity centering Israel and the Jews, one newspaper stood against such wrong bias and said ENOUGH! This newspaper, Blitz may not be yet amongst the so-called mainstream media, but it certainly is distinctively different. This has turned Blitz into the most influential pro-Israel newspaper in the Muslim world. Due to its series of reports and editorials, notorious radical Islamic groups like Hizbut Tahrir, Hizbut Towhid, Khelafat Movement etc were banned both in Bangladesh and the Western nations. Notorious Islamist preacher like Zakir Naik was banned in Canada and the United Kingdom because of reports published in Blitz. Since 2003, this newspaper has been vigorously confronting antisemitism, anti-Israel bias and radical Islam. We have witnessed series of attacks from the radical Islamic groups on Blitz since its inception. Our office was bombed in 2006 while there had been numerous attacks on me. Anti Israel and pro radical Islam groups and media have all the energies in bashing Blitz and me on a regular basis.

I was wrongly convicted with 7-years rigorous imprisonment by a court in Bangladesh, for the “crimes” of confronting radical Islam and jihad; for denouncing antisemitism and Holocaust denial; for defending the State of Israel; and for promoting interfaith harmony. Antisemitic Bangladeshi newspapers had no hesitation in branding me as mysterious – because of my stand in defence of the Jewish State. I got released from the prison on July 29, 2018 after serving the prison term and discovered a group of fraudulent individuals led by an individual named Mendi N. Safadi – a “Druse citizen” of Israel was engaged in defending Bangladeshi politicians with notorious background of anti Israel bias. It also came to my notice that this Safadi was unnecessarily trying to involve Israel into some controversial issues, which actually would totally jeopardize the possibility of a relations between Bangladesh and Israel. As I assigned the investigative journalists in Blitz to check the activities of Mendi N. Safadi and his accomplices, they came up with detailed information which was later published in Blitz under the title – Mendi Safadi’s Criminal Activities Exposed. Following publication of this report, Safadi once again managed getting a derogatory article titled – Stop the slander against human rights advocates now, published in a website named jerusalemonline.com. On reading this article any sensible individual will understand the ulterior agenda of this man and his racket. It will also be proved as to how Safadi has taken a mission of sabotaging the only pro-Israel newspaper like Blitz and its team. Most surprisingly, jerusalemonline.com seems to be a website run by unknown people from unknown place, though it claims in its Facebook Page – “JerusalemOnline (JOL) is the world’s leading website for video news content from Israel in English. JOL reports 24/7 news reports from Israel and the surroundings in addition to the daily Newscast.”

It was a matter of great surprise that newspapers like Jerusalem Post is giving coverage to Mendi Safadi and wrongly portraying him as a human rights activist. An Israeli columnist named Rachel Avraham has been vigorously writing in favor of Safadi and his cronies for reason best known to her. According to her profile, “Rachel Avraham is the President of the Dona Gracia Mendes Nasi Center for Human Rights in Middle East (under formation). She is also a political analyst at the Safadi Center for International Diplomacy, Research, Public Relations and Human Rights and a fellow at the Haym Salomon Center, a news and public policy group. In addition, she is a counter-terror analyst at the Islamic Theology on Counter-Terrorism. Avraham is the author of “Women and Jihad: Debating Palestinian Female Suicide Bombings in the American, Israeli and Arab Media.”

Mendi N. Safadi maintains closer links with a Bangladeshi political party named Bangladesh Nationalist Party (BNP), which not only is a notorious antisemitic and anti-Israel force in Bangladesh, but in 2006, government led by this party had named a bridge after Hezbollah and a minister of that government is quoted in the above article saying, “Hezbollah is the only group which is fighting Israel and the bridge is named after the group as a mark of honor.”

Safadi and his cronies are connected to the coordinator of Lebanese Hezbollah in Bangladesh. According to information, this contact of Mendi Safadi has sent hundreds of Bangladeshis to Lebanon to join Palestinian terrorists including mega-terrorist outfit Hamas.

Anti radical Islam and pro-Israel media in the world needs to expose the foul activities of Mendi N. Safadi and his cronies for the sake of stopping such elements from making money by wrongly damaging the reputation of Israel and the Jews.