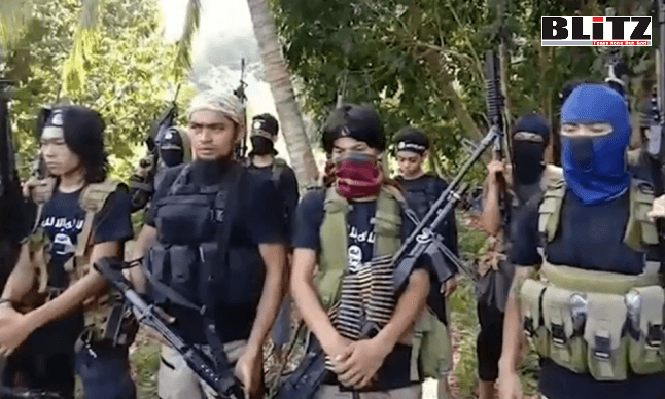 Radical Islamic jihad in the Philippines

In the Southern Philippines, another Islamic State under the name of so-called Moroland, which composed of Mindanao, the second-largest island of the country and the Sulu archipelago, Palawan, Basilan, and the neighboring islands certainly was a huge threat not only to the sovereignty of the Philippines, but also to all other countries in the world. Defeating the radical Islamic jihadists in the Southern Philippines was a crucial task. President Rodrigo Duterte and the members of the intelligence and law enforcement agencies in the country deserve appreciation for their excellent task in fighting the radical Islamic jihadists and of course, they deserve support from every peace-loving individual in the world.

The Southern Philippines has an area of 116, 895 square kilometers (more than one-third of the whole Philippine islands), with a population of more than twenty million of which 12 million are Muslims. The rest are Highlanders (native inhabitants) and the Christian settlers from Luzon and Visayas.

Despite the effective actions initiated by the Philippines’ government against the radical Islamists in the Southern Philippines, notorious jihadists still are continuing propaganda through various online platforms, which may inspire Muslim youths in the country in becoming radicalized and adopting the rogue culture of terrorism.

It should be mentioned here that Islamic State (ISIS) maintains operations in the Philippines through local jihadist groups such as Maute group, Abu Sayyaf group, Bangsamoro Islamic Freedom Fighters and Ansar Khalifa Philippines. These groups pledged allegiance to ISIS in 2014 or the following years.

Since January 2000 radical Islamist groups and Islamist separatist forces in the Philippines have carried out over 40 major bombings against civilians and civilian property, mostly in the southern regions of the country around Mindanao, Basilan, Jolo and other nearby islands.

On 3 July 2020, the Philippine President Rodrigo Duterte signed into law Republic Act No. 11479 or The Anti-Terrorism Act of 2020, a law that seeks to prevent, prohibit and penalize terrorism. The Act repealed the Human Security Act of 2007, the old anti-terrorism law of the Philippines.

According to experts, the roots of violent Islamist extremism in the Philippines lie in the over 40-year insurgency in Muslim Mindanao. Muslim grievances about so-called marginalization by the center are exploited by violent extremist groups to win support. Violent extremist groups in Mindanao draw on online ISIS propaganda to mobilize support: ISIS has urged its followers to travel to the Philippines to undertake jihad there. They also preach religious hatred and encourage Muslims to rape and murder “non-Muslims” and “destroy their religious places and properties”.

Between 2000 and 2007 Islamic extremists carried out bomb attacks that killed over 400 Filipino citizens and injured over a thousand more. Major incidents in recent years include the launch on Christmas Eve 2015 by the Bangsamoro Islamic Freedom Fighters (BIFF) (a group which pledged allegiance to ISIS that year) of eight simultaneous attacks that left 16 people dead and displaced up to 6,000. In April 2016 the Abu Sayyaf Group (ASG) beheaded a Canadian hostage hours after its ransom deadline expired, and followed this in June with the beheading of a second Canadian hostage. In September 2016 a bomb attack in Davao claimed by the Maute Group (affiliated to ISIS) killed 14 and wounded 60 others. In May 2017 the Maute Group seized the city of Marawi on Mindanao, the second largest island in the Philippines. The Filipino military laid siege to the city but it took them five months to regain control, during which time over 1,100 fighters and civilians were killed, at least 400,000 residents displaced and much of the city’s infrastructure destroyed.

The Abu Sayyaf Group (ASG) was formed in the early 1990s by radical preacher Abdurajak Janjalani; after his death in 2006 it became infamous for kidnapping-for-ransom activities under the guise of jihad (ICG, 2018). Abu Sayyaf leaders have long been connected to jihadist movements elsewhere, particularly to Al-Qaeda, but since mid-2014 ASG factions, particularly in Sulu, have used ISIS-associated iconography such as black flags to promote a more ferocious image – in part to extract larger ransoms from foreign governments. In 2014 both the ASG and the closely aligned BIFF pledged allegiance to ISIS.

Abu Sayyaf is known for its brutality and targeting of civilians. The Maute Group was in effect a private militia for the Maute clan, using coercion to mobilize votes in local elections and extort contractors. After its candidates suffered losses in 2016, the group ‘appeared to adopt ISIS-related imagery, less because of any particular affinity for ISIS’s ideology than to burnish its fading image as a tough enforcer’. The Maute Group has pledged allegiance to ISIS. Seizing Marawi city in 2017, the group comprised of largely college-aged and, in some cases, particularly among the leadership, college-going militants. In recent years other extremist groups coming out of Mindanao have included Jamaah al-Tawhid Wal Jihad Philippines (JaTWJP), Ansar Khalifah Sarangani (AKS), Khilafa Islamiyah Mindanao, and Al Khobar Group.

In the Philippines, recruitment into violent extremist groups often begins with an offer to provide an education into Islam – and grooming can take place via social media or in person.

In a study about the vulnerability of Muslim youth in Mindanao to radicalization, youth respondents affirmed the presence of recruiters from such groups in their community who drove people to become radicalized, many respondents explained that they knew recruiters and that these were active in local educational institutions (Madaris) and in mosques after the Friday prayers.

It was also found in studies that whole most individuals gradually adopted radical views through listening to radical preachers, attending prayer groups, and having regular contact with the recruiters.

Charismatic preachers played a major role in drawing recruits to the Cotabato cell: these ‘were attracted by or pulled in by young radical clerics in the neighborhood. By themselves, these recruits might not have joined ISIS, but men they looked up to had made that choice and were seen as having the religious knowledge to justify it.

Violent extremist groups in Mindanao draw heavily on ISIS propaganda, much of it spread online.

According to experts, the assertion of military prowess by violent extremist groups linked to ISIS inspires those who are susceptible to recruitment. While earlier generations of radicals in the Philippines might have turned to communist or ethno-nationalist groups, ‘now the Islamic State has provided a compelling vision of a worldwide caliphate as a possible ideology’.

The leader of the ISIS-affiliated Cotabato cell, responsible for the 2016 Davao bombing, appeared to have been radicalized solely by ISIS propaganda.

A police report noted that, ‘The filming and showing of killings, rape of Islam believers/communities in the Middle East (Syria, Iraq, Algeria and Libya) and burning of mosques and houses and killings in Burma motivated the subject to heed the call for jihad’.

ISIS has promoted Mindanao as a site of jihad for extremists elsewhere in the Philippines and in other countries. In June 2016 ISIS posted a video featuring an Indonesian, a Malaysian and a Filipino: in it, the group called for those (extremists) who could not make it to Syria or Iraq to go to Mindanao.

The US Department of State Country Terrorism Report for 2016 also notes that numerous groups – including parts of the Abu Sayyaf Group, the Maute Group, and Ansar al-Khalifah Philippines – had pledged allegiance to ISIS, and ISIS had called on its supporters in Southeast Asia to join those groups and attack targets in the Philippines.

According to Philippine intelligence, as many as 40 of the 400-500 ISIS-linked fighters in Marawi traveled from abroad to support the jihadists in the city. The Philippine military chief asserted that ISIS sent at least USD 1.5 million to finance the seizure of Marawi; fighters used ISIS’ takeover of Mosul in Iraq as a blueprint.