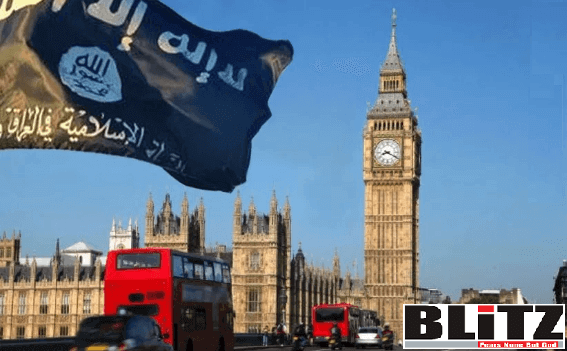 Every year, thousands of radical Islamic teachers are entering Western nations with the agenda of giving jihadist indoctrinations and radicalizing the youths in those countries. On July 30, 2013, British newspaper the Guardian in a report titled ‘Bangladesh’s radical Muslims uniting behind Hefazat-e-Islam’, quoting a leader of a pro-Caliphate Islamist group named Hefazat-e-Islam (HeI) wrote, “Our schools train the best imams. About a quarter of them then leave for the Gulf States, the United Kingdom or the United States, and they support us financially,” says Habib Ullah, the movement’s deputy-general-secretary.”

From the above statement of the deputy-general-secretary of Hefazat e Islam (HeI), it is evidently proved that the members of this anti-Semitic radical Islamic group are entering the Western nations including the United Kingdom and the United States. This certainly is disturbing news as these radical teachers will most definitely preach radical Islam, jihad, and caliphate in the West and also radicalize local Muslims and provoke them towards militancy.

Though ideologically there is no difference between Hefazat-e-Islam (HeI) and Islamic State (ISIS) as both the groups denounce democracy and promote the idea of establishing Caliphate, considering the size of the supporters and activists of these groups, HeI may ultimately emerge as a much greater threat to regional and global security, because, according to statistics, Hei has almost four million supporters and activists from the Qawmi madrassas in Bangladesh. On May 5, 2013, Hefazat-e-Islam held a rally in Dhaka, which was attended by at least half-a-million HeI men. From that rally, leader of this group, Shah Ahmed Shafi has demanded the establishment of Caliphate in Bangladesh.

There are connections between HeI leaders and kingpins of the Islamist militancy groups such as Al Qaeda, Islamic State, Muslim Brotherhood, Hamas etc. According to media reports, Moulana Habibur Rahman, a madrassa principal from Sylhet district in Bangladesh, and one of the top leaders of HeI, met Osama Bin Laden in 1998 along with the members of outlawed militancy group named Harkatul Jihad al-Islami (HuJI).

For the past many decades, madrassa teachers and students are regularly going to Gaza via some of the Middle Eastern nations to join Hamas and fight against Israeli forces. Similarly, they have gone to Syria and Iraq and joined Islamic State. Although some of the scholars and researchers in these days are giving clean-chit to the madrassa students and teachers saying they are not the breeding elements of jihad and radical Islam, in fact, radical Islam and jihadist notions are being regularly generated in madrassas and subsequently spread into other segments of the societies.

According to the Institute for Policy Analysis of Conflict (IPAC), Southeast Asian and Bangladeshi extremism are becoming increasingly intertwined. The latest report of the institute examines how extremists come together in different ways. The report says:

Radicalized Bangladeshi migrant workers in Singapore and Malaysia are forming cells to plan violence at home (they apparently are not interested in attacking their host countries);

Bangladeshi students in Malaysia are forming partnerships with pro-ISIS groups in Bangladesh; and

Bangladeshi and Southeast Asian ISIS fighters are meeting in Syria;

Pro-ISIS Malaysian and Filipinos are recruiting Bangladeshis to fight in the southern Philippines.

The report explores the historical links between extremists of the two regions going back to the Darul Islam/Jemaah Islamiyah training camp on the Pakistan-Afghan border in the late 1980s. Arrests in Malaysia in January and February 2017 of Bangladeshi fugitives hoping to get to Mindanao and Malaysians and Filipinos helping them in Sabah suggests a deeper web of interaction.

Radical Islam in the West:

For decades, radical Islam is being gradually exported into various Western nations including the United Kingdom and the US under the patronization of Qatar, Kuwait, Saudi Arabia and Iran in particular. While some of the researchers are exclusively blaming the Saudis for patronizing radical Islam, in reality, the degree of Iranian participation in promoting and patronizing anti-Semitism, jihad and radical Islam is much intense. For decades, Iran has been actively patronizing and funding Hezbollah with cash and weapons. In recent years, under the financial help from Iran, Hezbollah has established a transnational drugs trafficking network, through which, it is making billions of dollars every year. Similarly, Islamic State and Muslim Brotherhood also are engaged in the same trade thus generating billions of jihadist cash and most definitely spending towards patronizing radical Islam, anti-Semitism, and jihad.