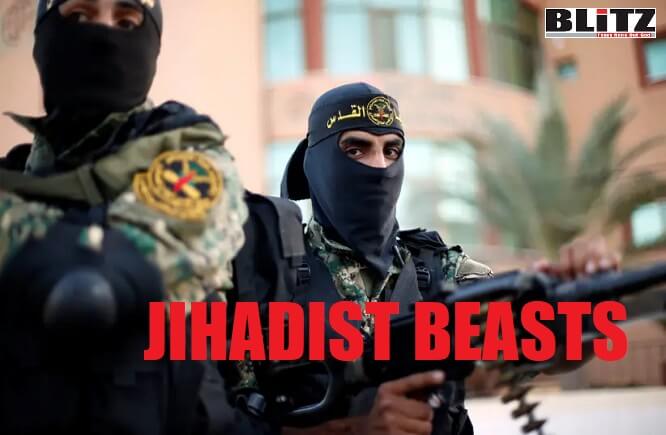 In the West, Ramadan is usually called a holy month (while in Arabic is called kareem — magnanimous), but the concept of Ramadan’s holiness has different meanings in Islam.

Certainly, holiness expresses sanctity, peace, and reverence. But it is also the month of Jihad in Islam.

No doubt, Ramadan is a blessed time for Muslim families. They pray and fast diligently. Every night at sunset they gather around the table in a spirit akin to that Thanksgiving dinner, but extended for 29 or 30 days depending on the moon cycle.

However, based on a prophetic hadith (a saying of Muhammad, the prophet of Islam), many Muslims also believe that dying during Ramadan grants them direct entry into paradise, without reckoning. Above all, the Quran bestows on a martyr entry unto the eternal presence of Allah.

This may explain why terrorist attacks can escalate in Ramadan.

For example, Islamic State (IS) terrorist attacks perpetrated in Iraq began on the fourth day of Ramadan (April 28 this year); IS called them the “Battle of Ramadan.” IS terrorists escalated their attacks against Shiite sacred sites, from Samarra (125 miles north of the capital, Baghdad) to Karbala (60 miles south and home of the holiest Shiite shrine). IS Salafi fighters—staunch Sunni fanatics—consider Shiite Muslims infidels. Many Iraqis were killed. Coalition forces responded with air raids to curb the IS insurgency.

In 2017, IS called for increased attacks during Ramadan, referring to it as “the holy month of jihad.” Within the first three weeks of Ramadan, 300 attacks were perpetrated in at least 12 countries around the globe.

Why is Ramadan associated with Jihad and not just spiritual peace? The legacy was started when Muhammad waged his first and most crucial battle, the Battle of Badr, on the seventeenth day of Ramadan (which fell this year on May 10) in 624 A.D. Muhammad led 313 soldiers out of his town, Medina, to intercept a Damascus-bound caravan. It was allegedly loaded with the possessions of Muslims that Meccan pagans had confiscated after the Prophet’s Hijra (immigration to Medina in 622 A.D).

The Meccans mobilized an army of 1000 men to confront the Muhammad’s armed force. But according to the Quran, with the help of an army of angels, Allah granted Muhammad victory against the odds.

Across the world, Muslims commemorate Muhammad’s victory every Ramadan. They invoke that event to give hope to a desperate Islamic nation that the golden days of Islam may return.

To this end, the Saudi publication “Arab News” commemorated the anniversary of the Badr battle by singling out other military victories during Ramadan over the centuries: “Some of the greatest victories in Islam [in addition to Badr] occurred during Ramadan such as the conquest of Makkah (8 Hijri) [maybe the biggest event in the life of Muhammad, in 630 A. D., falling this year on May 13, 2020], the conquest of Rhodes (53 Hijri [675 A.D]), the successful landing of Muslims on the coast of Spain (91 Hijri [711 A.D]), the victory by Tarik Ibn Zayed against the King of Spain (92 Hijri [712 A.D]), the victory of Salahuddin against invading crusaders (584 Hijri [1187 A.D.]), and Mamluk’s victory versus invading Tatars in the battle of Ain Jiloot (650 Hijri [1260 A.D.]).”

Without doubt, to be fair, in the Quran, jihad is a term with two meanings, spiritual and military.

During the Meccan period (610–622 A.D), the emphasis was on the spiritual dimension of jihad, i.e. perseverance in the face of persecution. The Quran also speaks of a Jihad of dawa (the promulgation of Islam) and defending the faith against the pagan Meccans. This implies an apologetic endeavor (not violent) against those who reject the Islamic message.

But in the beginning of the Medinan period (622–632 A.D), Muhammad received Quranic revelations allowing Muslims to fight against their Meccan persecutors. The term for fighting is qital in Arabic, a word that refers to the killing of one’s enemies.

After Allah granted Muhammad permission to use the sword, he led 26 battles. Also, Muhammad planned many military expeditions that conquered the most remote parts of Arabia before he died in 632 A.D. Muhammad’s companions, the caliphs, and Muslim sultans carried Jihad’s banner to the furthest corners of the Old World: to the gates of Vienna, the borders of France, and the Indian subcontinent.

Official Jihad, that is, one ordained by recognized Islamic governing authorities, ended with the fall of the Ottoman Empire after World War I. But the lure of Jihad still attracts widespread support in Muslim-majority countries. In the psyche of many Muslim religious zealots, the teaching and example of Muhammad, the warrior, occasionally inspires unofficial Jihadi actions. Many common Muslims reject these modern actions of military Jihad, and may deem them inauthentic, mere acts of terror that falsely appropriate the name Jihad.

Yet the separation of Mosque and State remains highly contested in Islam among scholars and the people at large. Those who want a non-political Islam find it difficult to produce arguments that resonate with many devout Muslims. Those who support the full integration of Islam, the religion, and political leadership can more easily make their arguments in ways that appeal to the religious Islamic imagination.

Indeed, some American Muslims are trying to disentangle Jihad’s spiritual aspect from its military one. They endeavor to make their Islam a personal faith. The key to reforming Islam in the West may be a frank discussion and examination of personal beliefs and an attempt to reconcile them with the classical dogmatic texts. It is an uphill battle that will take generations of Muslim reformers to win.

Meanwhile, Ramadan will remain the month of Jihad.

Hesham Shehab is a member of Islamic Reform Forum